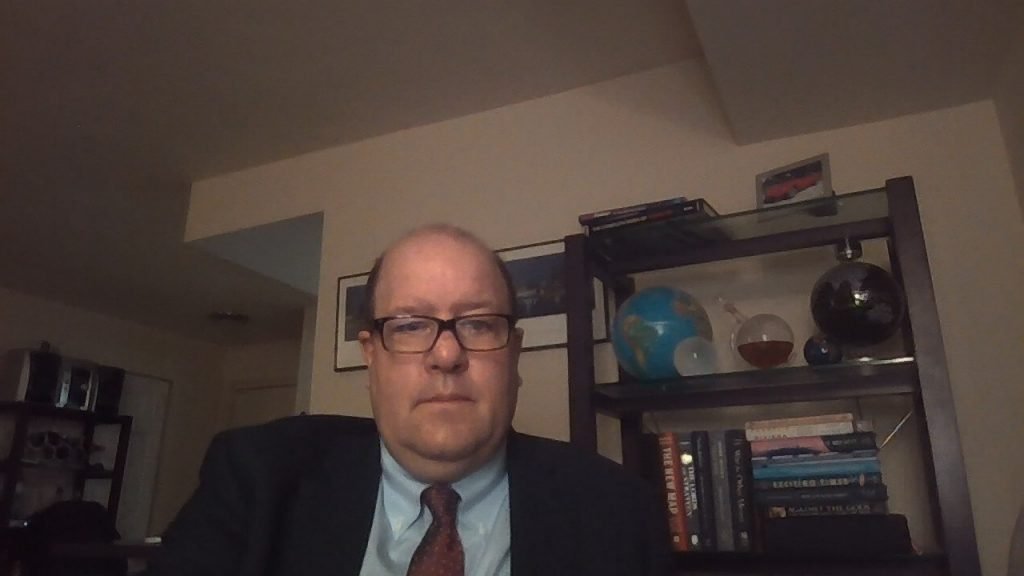 On January 25, 2021, Dr. David Glancy gave a virtual guest lecture on “Political Warfare: Past and Present” at the United Arab Emirates National Defense College. Approximately 35 students and 10 faculty and other members of the NDC leadership were in attendance.

The National Defense College of the United Arab Emirates was founded in 2013 to be a top graduate institute of the nation’s capital that focuses on Strategic and Security Studies. The NDC’s mission is to qualify and prepare civilian and military leaders to become successful in recognizing and evaluating regional, international, and national security challenges.

Dr. Glancy is the Walter and Leonore Annenberg Chair of International Communication at The Institute of World Politics, where he teaches an array of courses on economic statecraft, political risk analysis, foreign propaganda, political warfare, and public diplomacy.

Dr. Glancy formerly provided insight on issues of strategic communications to government clients for Booz Allen Hamilton. Following this, Dr. Glancy worked with the College of International Security Affairs at National Defense University as an Assistant Professor (contractor). Afterward, he worked with National Intelligence University on education technology issues. He was also a Senior Advisor for Political-Military Affairs at the State Department. Further, Dr. Glancy was employed at the Defense Department as a political analyst and advisor with the Office of the Secretary of Defense. While at the Pentagon, he worked alongside the Eurasia policy office as a special assistant and was also the Director of the Global War on Terrorism Communications Group.