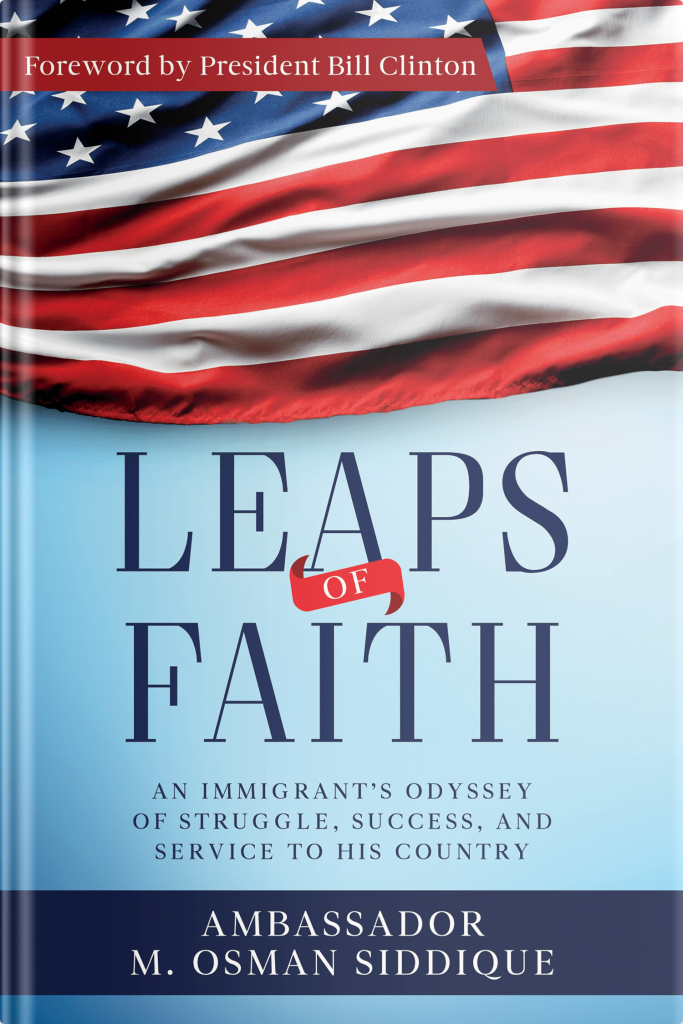 On Wednesday, February 3, 2021, Ambassador M. Osman Siddique spoke with IWP students and alumni about his book Leaps of Faith: An Immigrant’s Odyssey of Struggle, Success, and Service to his Country. He discussed American exceptionalism and his personal experiences of serving in the State Department as an immigrant and the first Muslim U.S. Ambassador. His discussion primarily focused on his time as the U.S. Ambassador to the Republic of Fiji from 1999 to 2001.

Ambassador Siddique spoke about the state of and future of American exceptionalism. As an immigrant of East Pakistan (current-day Bangladesh), he expressed how he was drawn into government service by American exceptionalism and its ability to be the beacon of hope for the world. Ambassador Siddique stressed the importance, however, of America maintaining humility while continuing to be the example of democracy on the global stage.

He also discussed his journey as an immigrant, searching for the American dream and eventually finding it. He described the opportunities he discovered after immigrating to America, including the humbling and extraordinary experience of being the U.S. Ambassador to the Republic of Fiji. He revealed that the most significant and touching moment of his service was being sworn in as Ambassador with one hand on the Qur’an and the other on his wife’s Bible. Ambassador Siddique shared the most valuable insight he learned throughout his career in the State Department: what makes America unique is that when you become a citizen, you also become an American, accepted by both its people and government.

Attendees enjoyed his insights on American exceptionalism and the unique perspective he brought to Ambassadorship as an immigrant.