On April 27, 2021, the Greensboro, North Carolina Regional Chapter of IWP’s Chancellor’s Council hosted 70 invited guests for a buffet dinner and formal presentation by Prof. Aaron Danis on “Declassified Government Intelligence: Khashoggi Killing, Foreign Threats to the 2020 U.S. Federal Elections, and Domestic Violent Extremism.” The event was organized and hosted by Amb. Aldona Woś, Vice Chairman of IWP; Jackie Wieland, IWP Trustee; and the two Co-Chairs of the Greensboro Regional Chapter: Karen Armstrong and Leigh Sudbrink, who both serve on IWP’s Board of Advisors.

The selected venue, Kickback Jack’s, a sports bar with a private open patio, had seven televisions to display Prof. Danis from a remote location. Prof. Danis, a specialist on terrorism and counterterrorism, who is currently serving as the Office of the Director of National Intelligence Faculty Chair at National Intelligence University in addition to teaching at IWP, took several questions from the audience during the conclusion of the gathering.

The goals of adding new members to the Chancellor’s Council, identifying prospective students, and increasing the awareness of IWP were accomplished. 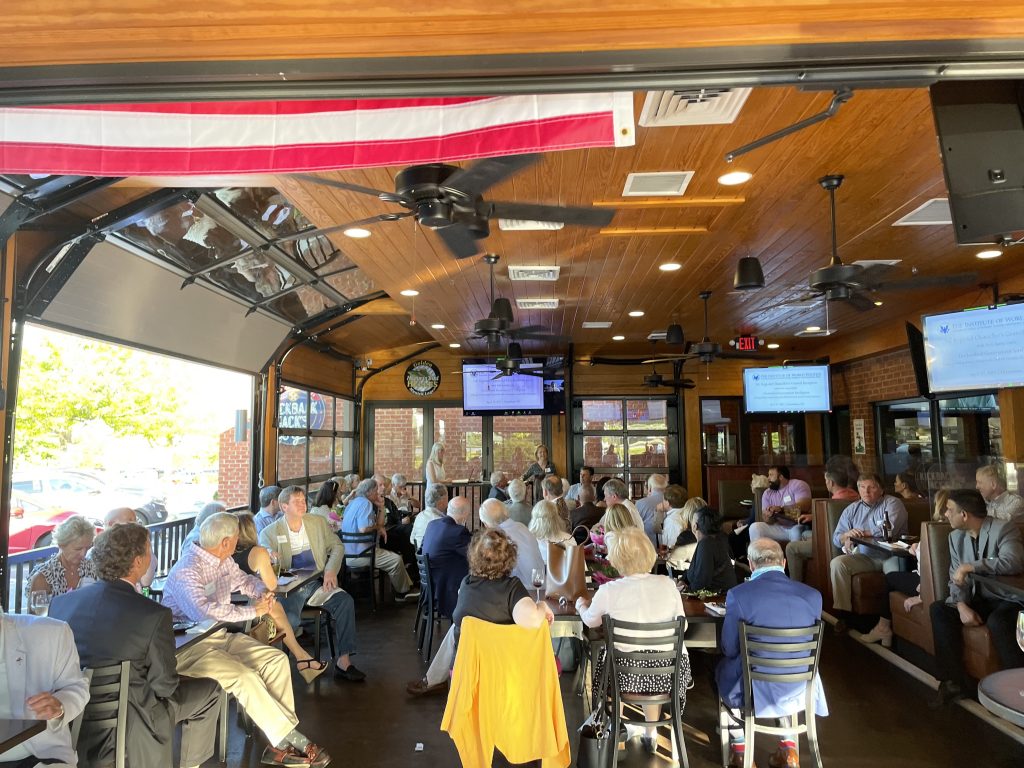