The Institute of World Politics is pleased to announce that Karla Ahmanson, President of the Los Angeles Police Reserve Foundation, and Brig Gen Dale Timothy (Tim) White, USAF, Ret. have joined the Board of Trustees. 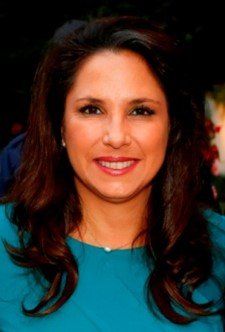 In her work with the Los Angeles Police Reserve Foundation, Ms. Ahmanson serves as an advocate for Reserve Officers whose mission of crime prevention and public safety is a major asset to the Los Angeles Police Department.  Since 1995, she has participated in Anne Banning Operation School Bell within the Assistance League of Los Angeles; having served on the board and chaired committees, she has availed the organization of her public relations and event coordination talents.  She is a proud Director of Loyola High School, again taking a leadership position as Vice-Chair of the Educational Resources Committee.  Karla is also politically active, having served as a California State delegate and currently as a board member of New Majority of California.

She is co-founder of The Angelics Auxiliary, has been involved with The Luminaires Juniors of the Doheny Eye Institute, and has headed the Parent Association at St. James Episcopal School. She has also served on the Parent Board at Claremont McKenna College and in an advisory position for Christ The King Catholic School.

She and her husband Bill are parents to Chris, a writer, and twins Kathryn, an architectural historian in graduate school at University of Southern California, and Karalyn, who works in development. Her family is active at Christ the King Roman Catholic Church. 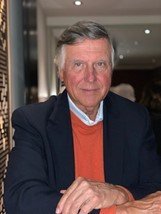 Dr. Tim White has enjoyed multiple careers: broadcasting, journalism, documentary film, the military, academia, public diplomacy, and business. Born in Michigan, he holds degrees from Michigan State University, the University of Southern California, and a doctorate from the University of Maryland, where he is an Associate Professor in the Department of Communications.

Dr. White began his broadcasting career in local radio at the age of 14. As a television reporter, anchor, and producer for NBC, Fox, ABC and PBS affiliates around the country, he won six Emmy awards. In 2005, he was inducted into the Radio and Television Broadcasters Hall of Fame.  In the 1970s, as a Foreign Service Officer, he was appointed executive producer of documentaries for the State Department’s U.S. Information Agency (USIA). His assignments included Western Europe, Russia, New Guinea, India, Afghanistan, the Middle East, and Africa.  His films and television programs won numerous international awards.

He is a trustee of the U.S. Capitol Historical Society, board member of the Buffalo Bill Center of the West in Cody, Wyoming, and past president of The Literary Society of Washington (founded in 1874). Dr. White lives in Arlington, Virginia and Cody, Wyoming.

IWP Chairman John Lovewell commented: “We couldn’t be more pleased to welcome Karla and Tim to the Board of Trustees. In addition to her background in leadership positions with school boards, Karla’s experience in working with law enforcement will be a welcome addition to IWP, as quite a few of our graduates work in this field, both at the federal and local levels. I know that IWP will benefit from Tim’s extensive experience in the military, business, media, and government, including his work in public diplomacy – one of the often-neglected arts of statecraft that is taught at IWP.”