On November 12, a group of ten interns at The Institute of World Politics participated in a fast-paced simulation (aka Exercise Dragon Teeth) focusing on the threat of a Chinese invasion of Taiwan in the year 2025.

Recently inaugurated IWP President Dr. James Anderson designed this event to serve several purposes.  “I wanted to expose the interns to the uncertainties and time constraints associated with crisis management,” he explained.  “I also wanted them to practice crafting an integrated crisis management strategy using different elements of national power.”

The interns role-played senior government officials for teams representing the United States, Taiwan, and China.  Each team had a designated National Security Advisor, Minister of Foreign Affairs, and Minister of Defense.

Confronted with an intensifying crisis over Taiwan’s future, the interns devised integrated strategies to advance their vital national security interests.  The United States and Taiwanese teams sought to coordinate efforts to deter Chinese aggression.  For its part, the China team tried to intimidate Taiwan into political submission with a mix of non-military pressures, while positioning their armed forces to seize the island in the event these efforts failed.

The high-stakes simulation forced the three teams to make hard, strategic-level decisions while digesting a steady stream of exercise updates throughout the exercise.  “By design, these injects included simulated news and intelligence reports from a variety of sources, forcing the interns to weigh both their relevance and credibility,” explained Dr. Anderson. 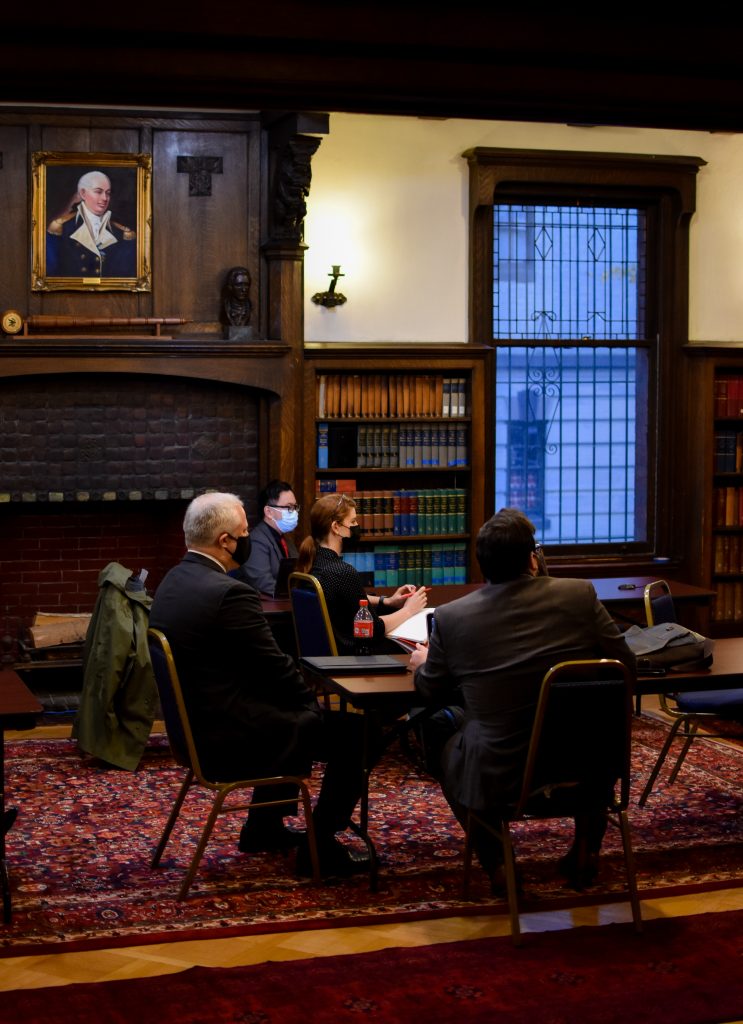 Partway through the exercise, the teams participated in simulated press conferences where they answered questions and defended their country’s strategy before inquisitive reporters role-played by IWP staff.

Dr. Daniel Green, who formerly served as Deputy Assistant Secretary of Defense for Strategy and Force Development at the Pentagon, served as a mentor during the simulation, offering the interns suggestions and pointers.

“The interns impressed me with their diligence and eagerness to learn,” Dr. Green said.  Noting the importance of making sound decisions under conditions of stress and uncertainty, he added: “I know from my own professional experience how valuable these simulations can be.”

During the final portion of the exercise, the interns had to adjust their strategies after learning that a typhoon meandering in the Philippine Sea had unexpectedly swerved in Taiwan’s direction, thus complicating everyone’s carefully laid plans.

“International crises are filled with surprises.  And they are rarely pleasant,” explained Dr. Anderson.  “In this case, Mother Nature’s intervention prompted the interns to recalibrate their near-term strategies.”

Pleased with the success of Exercise Dragon Teeth, Dr. Anderson said IWP would provide its spring semester interns with a similar simulation.

Participating in the ‘Operation Dragon Teeth’ exercise gave me a more practical understanding of the strategy, diplomacy, and cooperation underlying all foreign policy decisions.

For their part, the interns found the simulation valuable for several reasons:

“Participating in the ‘Operation Dragon Teeth’ exercise gave me a more practical understanding of the strategy, diplomacy, and cooperation underlying all foreign policy decisions. In particular, the constant influx of potentially vital information and the need to speak decisively on uncertain matters to the ‘press’ helped to clarify the challenges faced by policymakers on a daily basis.”
– Ceanna Hayes

“I enjoyed how the simulation emulated the sometimes-overwhelming flow of information, and how it stressed the importance of being able to filter out information that is not pertinent to the crisis at hand.”
– Kayla Marineau

“During the Operation Dragon Teeth Simulation, I was able to catch a glimpse of what it would feel like to manage a crisis as a national leader. The amount of useless information being presented to me, the strict time constraints, and negotiating with both my fellow leaders and other states’ leaders was overwhelming yet also incredibly informative.”
– Colin Agostisi

“What I found fascinating about Operation Dragon Teeth was how difficult it was to achieve an objective. Each team faced pressures on both the domestic and international dimensions of the simulation’s narrative. At the end of the day, it was unforeseen circumstances that brought all teams’ grand strategies to a screeching halt.”
– Bernard Barillo

The afternoon excitement concluded with a small pizza party for the exercise participants. 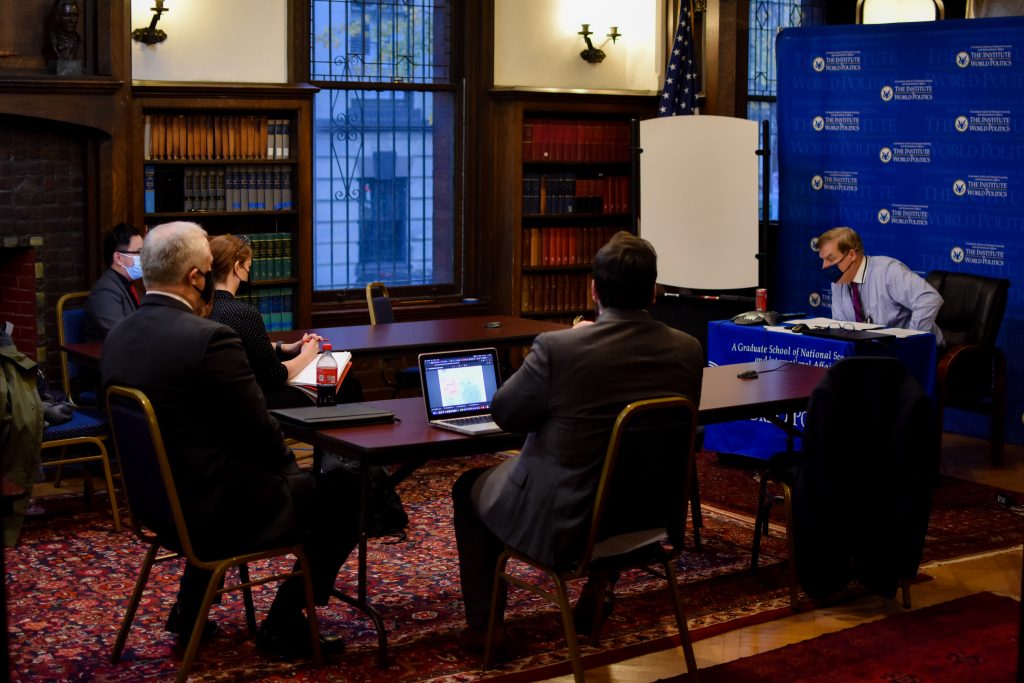