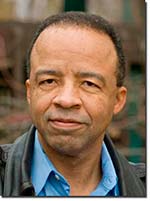 IWP is pleased to welcome Colonel Bill Bruner, USAF (Ret.) to its Board of Advisors. Col. Bruner brings four decades of operational, strategic planning, strategic communications, political, and leadership experience on Capitol Hill, in the U.S. Department of Defense, in the private sector, and at NASA to this new role with IWP.

He has also served as an advisor to the Space Science and Security Program at Lawrence Livermore National Laboratory since 2013.

Before that, he was Director of Government and External Relations at Lawrence Livermore.

From 2006-2009, Bill served in the Senior Executive Service as Deputy Chief of Strategic Communications and Assistant Administrator, Legislative and Intergovernmental Affairs for NASA.

Before his appointment at NASA, Col. Bruner had a distinguished career with the U.S. Air Force.

Among his decorations is the Bronze Star, awarded for service in the First Gulf War.

The IWP Board of Advisors is a group of supporters who work with the Board of Trustees to provide advice or expertise, to expand and deepen support for the mission of IWP, and to develop talent for future leadership.