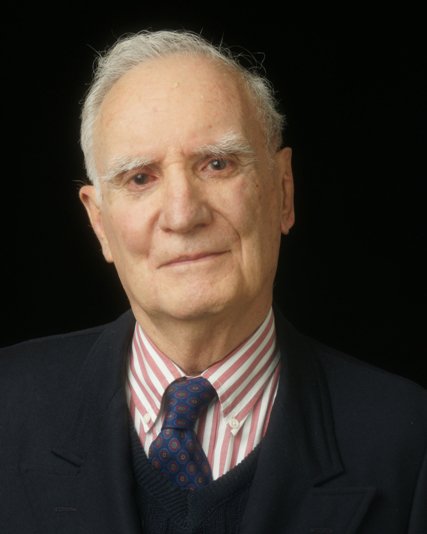 Longtime IWP professor – and most recently Professor Emeritus – Amb. Alberto Martinez Piedra passed away on December 20, 2021 at the age of 95.

For many years, Amb. Piedra taught our course on the Western moral tradition and foreign policy and served as the Donald E. Bently Professor of Political Economy at IWP. Before this, he had been Chairman of the Department of Economics of the Catholic University of America, where he taught the history of economic thought and business ethics.

Amb. Piedra was born in Cuba, was educated there and in Europe, spoke several languages, and was a government official when Fidel Castro and the communists seized power. He was told by a friend at a critical moment that he had 24 hours to escape Cuba with his family, and that was all the time for which his friend could guarantee his safety. He managed to escape with his family in that brief period.

He served as President Reagan’s Ambassador to Guatemala at a very sensitive moment in history: the Central American wars of the 1980s. He also served as U.S. Representative to the Economic and Social Council of the Organization of American States, as well as the Senior Area Advisor for Latin America with the U.S. Mission to the United Nations.

Amb. Piedra opened the eyes of hundreds of IWP students to essential philosophical questions and worldviews. His teaching was an integral part of IWP’s mission to encourage the development of personal and civic virtues, whose result is an increase in moral leadership.

While at IWP, he wrote two books, one called Natural Law: The Foundation of an Orderly Economic System and No God, No Civilization: The New Atheism and the Fantasy of Perpetual Progress.

He was a dear friend to so many of us in the IWP community, and he will be sorely missed.

Below are some lectures that Amb. Piedra gave at IWP: