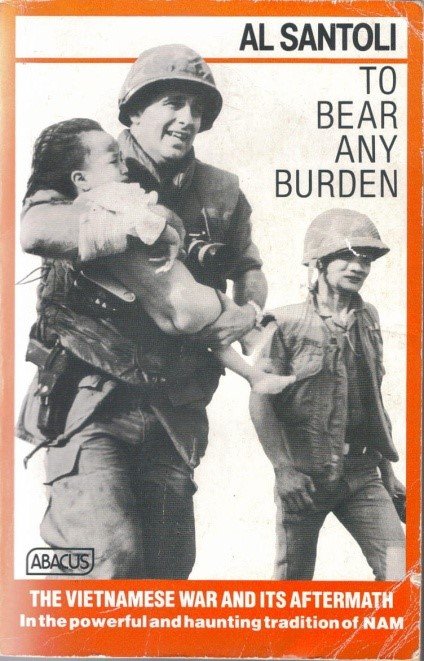 A 1985 interview with The Institute of World Politics Professor Al Santoli regarding his book, To Bear Any Burden: The Vietnam War and Its Aftermath in the Words of Americans and Southeast Asians, has been published into Georgetown University’s digital database. The interview took place on the television series American Interests, where Professor Santoli was interviewed by its host, Peter Krogh. Professor Santoli is a Vietnam veteran who is also the founder and president of Asia America Initiative, a non-profit organization. From his interview with American Interests, we get an in-depth look into Prof. Santoli’s book which gives substantial insight into the events of the Vietnam War, including its aftermath. To Bear Any Burden looked at the war years (covering 1939 to 1985) through the eyes and experiences of Americans and Southeast Asia who expressed their multi-cultural lessons learned.

In the book, Prof. Santoli shares multiple stories from people who were involved in either the prelude, during, or the aftermath of the war. These people each add a perspective that is vital to fully understand the points that Prof. Santoli makes. Edward Lansdale was one of these “characters,” as Mr. Krogh put it, deeming his story to “be something of a maverick.” General Lansdale began the Saigon Military Mission in 1954, where covert action was utilized to create discourse in North Vietnam. Prof. Santoli expressed that Edward Lansdale’s testimony gives a relevant point of view for the events that led up to U.S. involvement in Vietnam.

A story that Professor Santoli told in his book and in this interview was one of Mrs. Keo Vay. This woman was a farm wife and mother on the Cambodia-Vietnam border. Her story indicates that in the aftermath of the U.S. pulling out from Vietnam, the north was still on the offensive. In the interview, Professor Santoli stated:

She symbolizes the fact that the war never ended. And the people that really get hurt by it [were] the majority of the population in Laos, Cambodia, and maybe future Thailand – people who just want to be left alone, they just want to farm their land, they want to practice their religion, they want to make sure their family grows up healthy. But as long as you have a situation with aggressive people sitting in Hanoi, who the only way they know how to conduct business is to keep expanding militarily, to keep taking over neighbors, to keep wires going in other lands in a police state there will never be peace.

Mr. Krogh asked what values and meaning can be found in To Bear Any Burden. Prof. Santoli said that we must understand the mistakes the U.S. has made in terms of policy. He was passionate when conveying that America is a representation of freedom, meaning we must not allow tyrannies to take place. Regarding the “meaning of the Vietnam experience,” he expressed that the U.S. must find a balance in foreign policy in terms of economics, the military, social aid, and advice we provide so that we may apply “American power more skillfully.”

To Bear Any Burden is the sequel to Prof. Santoli’s bestselling first book, Everything We Had: An Oral History of the Vietnam War. Everything We Had was the first book by a Vietnam veteran to be included on The New York Times Best Seller List and was a favorite of President Ronald Reagan.

To Bear Any Burden is one of the only oral histories that includes American and Southeast Asians. It contains values of history, policy making/diplomacy, and cultural intelligence — the three subject areas that Prof. Santoli’s classes at IWP emphasize. These classes are: Counterterrorism through Cultural Engagement and Development, Cultural Intelligence for Strategy and Analysis, and Peace, Strategy and Conflict Resolution.