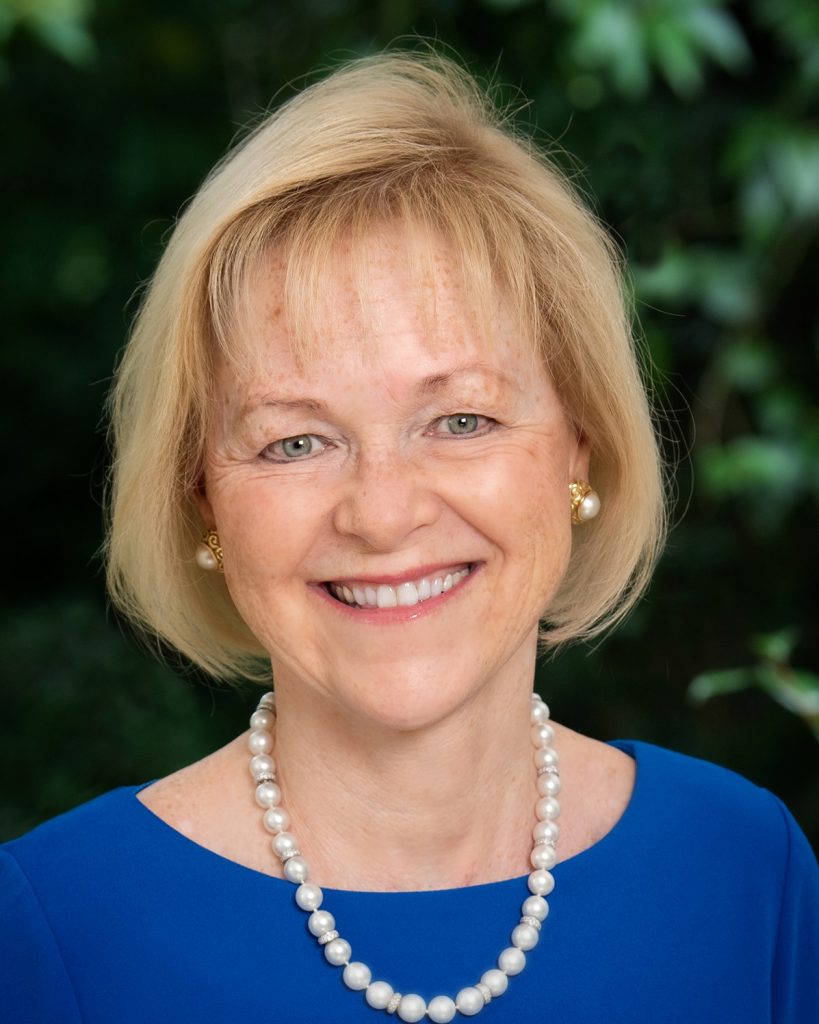 Amb. Aldona Woś, M.D. was appointed Interim President of The Institute of World Politics following the resignation of Dr. James Anderson on February 19.

Amb. Woś has served as U.S. Ambassador to Estonia where she conducted pathbreaking work in public diplomacy.  In recognition of her extraordinary achievements, IWP conferred upon her an Honorary Doctorate.  Originally a physician by profession, she served as Secretary of Health and Human Services for the state of North Carolina, where she managed a budget of $20 billion and 17,000 employees.

She has been an IWP Trustee for 15 years and has rendered help to the school in so many spheres.  She has arranged speaking opportunities for our Founder and Chancellor, Dr. Lenczowski, and other Institute representatives, hosted lunches and dinners, sponsored the Institute’s most generous scholarship, introduced us to many supporters, introduced us to several universities that have become our partners, made many generous donations, and served as an active member of the Board’s Executive Committee.

All of these extraordinary efforts have been made as a volunteer deeply committed to the school’s mission.

Ambassador Woś knows IWP extremely well and over the years has gotten to know many of our students, alumni, faculty, staff, and supporters.  In her new capacity, she is working closely with Dr. Lenczowski, who is serving as a senior advisor while remaining in his position as Chancellor.