IWP is pleased to announce that James S. Robbins, Ph.D. has been appointed Interim Dean of Academics and that Captain Christopher D. Glass, Sr., USN-Retired has been appointed as Acting Executive Vice President of IWP. These appointments follow the resignations of Larry Cosgriff (’07), who had served as Executive Vice President since 2015, and Dr. Frank Marlo, who had served as Dean of Academics since 2018. 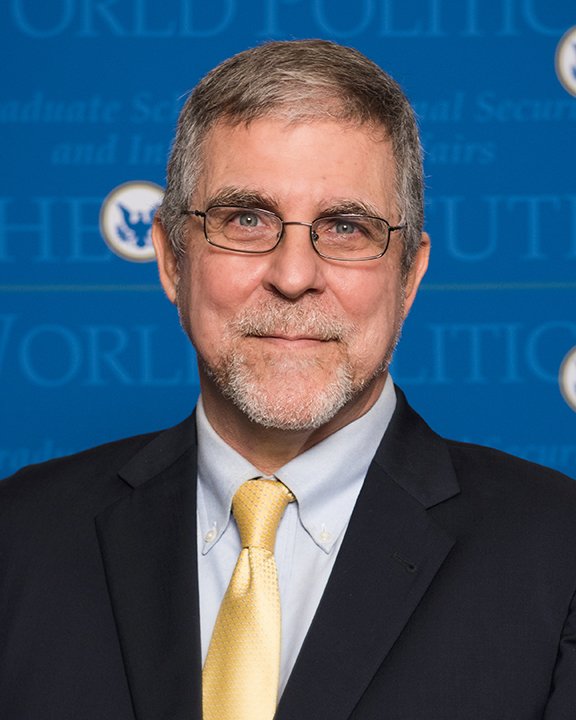 Dr. Robbins has served in the last year as an Adjunct Professor on our faculty and with Dr. Lenczowski has co-taught our foundational course in “International Relations, Statecraft, and Integrated Strategy.” This semester, in addition to his shared teaching duties, he is teaching a second section of the same course on his own.

Dr. Robbins brings a wealth of academic credentials and experience to this position. Armed with an M.A. and Ph.D. from the Fletcher School of Law and Diplomacy at Tufts University, as well as a previous M.A. in Political Science from the University of Cincinnati, he has been an Associate Professor at the Marine Corps University and Professor of International Relations at the National Defense University.

In the latter position, he taught courses and served for seven years as Academic Dean responsible for developing programs, advising students, and then, notably, co-founding the University’s College of International Security Affairs. He developed considerable experience in supervising the accreditation process. Among his other awards, he has received the Chairman of the Joint Chiefs of Staff Joint Meritorious Civilian Service Award, the second-highest civilian service award, in recognition of his exceptional performance and strategic leadership.

More recently, he has been associated with the American Foreign Policy Council, a national security-minded think tank that once rented office space in IWP’s headquarters mansion.

From 2009-2012, he served as the Senior Editorial Writer for The Washington Times and currently is an opinion columnist for USA Today.

He is an authority on national security policy, national strategy, terrorism, counterterrorism, proliferation of weapons of mass destruction, and the threat from radical Islamism. He is the author of five books, numerous scholarly articles in such journals as World Affairs Journal, The Journal of International Security Affairs, The Naval War College Review, and Orbis, and over 2,000 opinion pieces in USA Today, The Wall Street Journal, The Washington Post, The Washington Times, The New York Times, the Washington Examiner, U.S. News and World Report, The Baltimore Sun, and the Boston Herald.

He is an articulate and persuasive lecturer and has made numerous television and radio appearances.

In addition to all these credentials, Dr. Robbins is an enthusiastic supporter of IWP’s mission and ethos. We are delighted to welcome him on board. 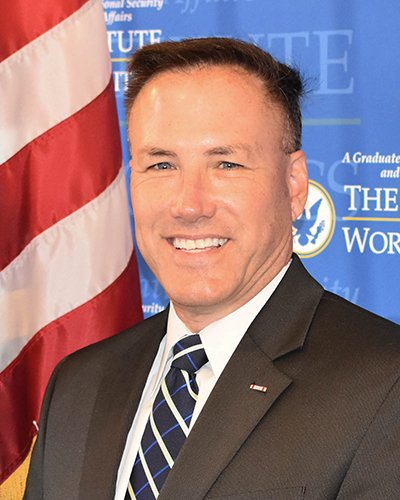 CAPT Glass knows IWP exceptionally well. For five years until January 3, 2022, he served as Senior Vice President for Professional Affiliations at the Institute. In this capacity, he was in charge of three vital components of the Institute’s work: relations with U.S. government agencies, the armed services, corporations, and academic institutions; graduate student recruitment; and career services. Under his leadership, IWP developed partnerships with some two dozen colleges, universities, and other institutions.

A veteran of Naval Intelligence with assignments in the Office of the Director of National Intelligence, and the National Maritime Intelligence Center, CAPT Glass has vast experience in one of the most prominent fields that we teach at IWP. He has combined this with leadership in program management in contract support for the intelligence community. In this capacity, he has served as Director of Intelligence for Pragmatics, Inc. of Reston VA.

Captain Glass is an IWP parent. He has been one of the strongest supporters of IWP’s mission and its culture of collegial cooperation. We are delighted to welcome him back to the school.