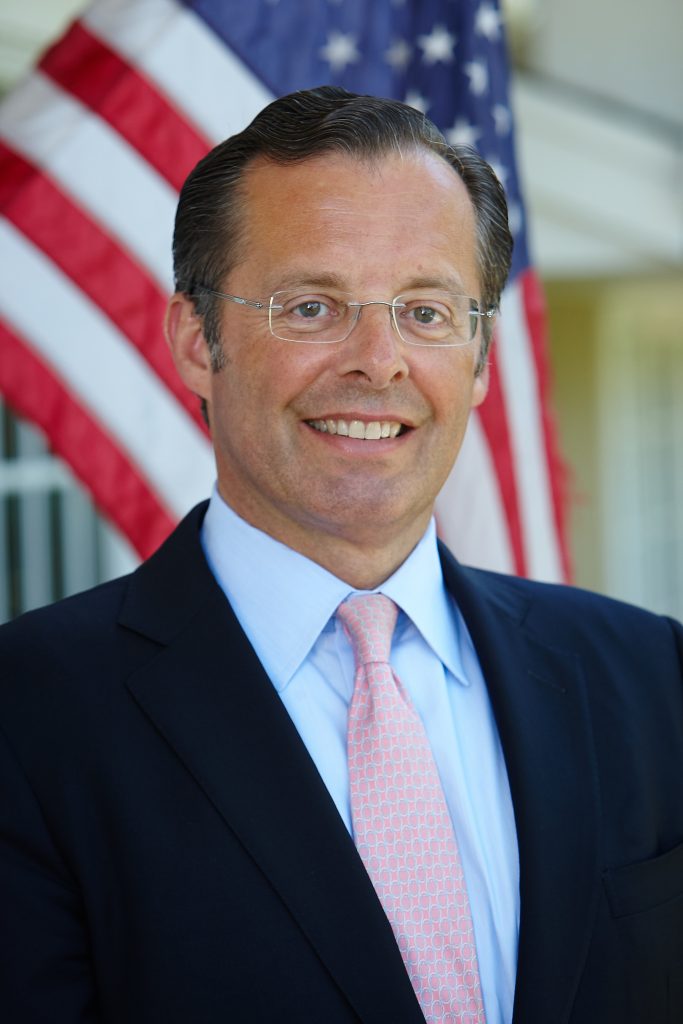 IWP is pleased to welcome Mario M. Kranjac to its Board of Trustees. An IWP parent, Mr. Kranjac brings decades of experience from work in both the public sector as a civil servant, and in the private sector as an attorney and venture capitalist.

“We are very pleased that Mario has joined the Board,” said Tidal McCoy, former Acting Secretary of the U.S. Air Force and Secretary of IWP’s Board of Trustees. “In addition to his extensive experience in law, politics, and business, Mario brings with him an enthusiasm for IWP and our mission.”

Mr. Kranjac was elected Mayor of Englewood Cliffs, NJ in November 2016. As Mayor, Kranjac has been committed to improving Englewood Cliffs through reinstituting the rule of law, fighting corruption, re-reestablishing “home-rule,” improving public infrastructure, and lowering government spending and taxes. His business-friendly practices while Mayor has attracted companies such as LG Electronics, CNBC, Unilever, and Ferrari North America to make Englewood Cliffs their U.S. headquarters.

In addition to his work as a civil servant, Mr. Kranjac has substantial experience in the private sector.   He is a founder of the law firm Kranjac, Tripodi & Partners LLP where he focuses his legal services on serving businesses in domestic and international markets and venture capital.  Prior to founding his own law firm, Kranjac worked as a partner for Schnader Harrison Segal & Lewis.

Mr. Kranjac is also a co-founder of Dynamk Capital, a venture capital firm that focuses on life sciences tools, technologies, and services giving entrepreneurial biotechnology and life science companies the resources they need to succeed by bringing their life-saving technologies to everyone worldwide. He currently serves as the company’s General Counsel.

Mr. Kranjac serves on the Boards of the Lavelle Fund For the Blind, Alliance of Guardian Angels and the Institute of Human Ecology of Catholic University.

Mr. Kranjac has been married to Nancy for thirty years and they have three adult children and a rescue dog.