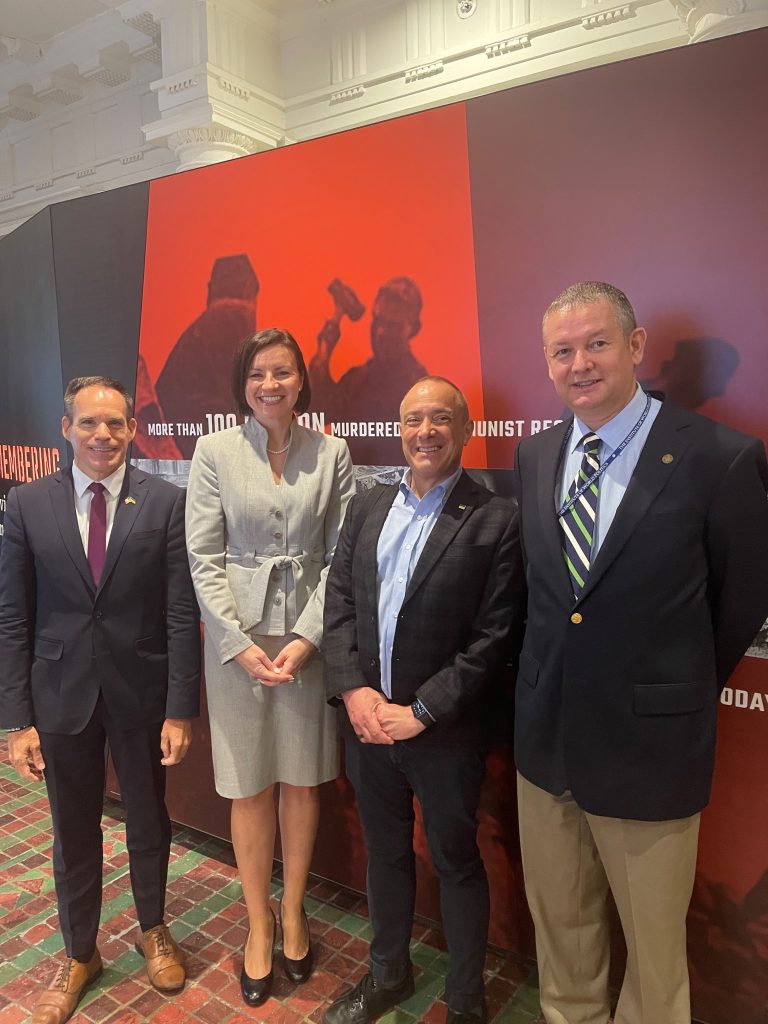 On July 19, 2022, IWP professor Dr. Marek Jan Chodakiewicz spoke at the Captive Nations Summit. At this summit, hosted by the Victims of Communism Memorial Foundation, Dr. Chodakiewicz sat on a panel and discussed “Putin’s War Against Ukraine and the Future of Russia.”

Dr. Chodakiewicz began by discussing Putin’s motivation for attacking Ukraine. Moscow ultimately attacked Ukraine because it was perceived as an existential threat in two ways. First, Russia’s “imperial project” is incomplete without Ukraine. Putin thinks seizing Ukraine is an important symbol in his quest for unification. Second, Ukraine threatens the cultural and historical narrative at the foundation of Moscow’s regional geopolitics. To Putin, the territory and populations that were formerly a part of the Soviet Union should rightfully be controlled by Moscow.

Dr. Chodakiewicz then explored the possibility of Putin ending his assault. He argued that the conflict with Ukraine isn’t simply about Putin. The key historical, political, and cultural factors that motivate Putin to attack Ukraine won’t disappear. Those factors are ingrained in Muscovite culture. When tracking the history of Russian geopolitics as far back as the Tsar’s rule, we see that imperial imagination is a prevalent force.

When answering a question from the audience, Dr. Chodakiewicz further emphasized that we need to think beyond Putin. The audience member asked the panel if the U.S. should repeal Executive Order 12333, which has a provision prohibiting assassination. Dr. Chodakiewicz responded by arguing that assassination only means stalling the inevitable. Instead, we should focus on supporting Ukraine and figuring out how best to sustain them.

Dr. Chodakiewicz is a Professor of History at The Institute of World Politics. He is also the Kosciuszko Chair of Polish Studies and leads IWP’s Center for Intermarium Studies. Before joining IWP, he taught at the University of Virginia and Loyola Marymount University. His interests include the post-Soviet zone, World War II, European history, and Western intellectual tradition. He holds an M.A. and Ph.D. both from Columbia University.