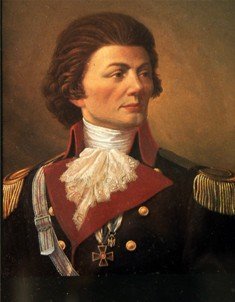 The IWP Kościuszko Chair of Polish Studies and the Center for Intermarium Studies applaud the U.S. Army’s recent decision to rename its base in Poland Camp Kościuszko, after Thaddeus Kościuszko, who heroically fought for eight years in the American Revolutionary War.

Originally from Poland, Thaddeus Kościuszko was recruited by Benjamin Franklin and Silas Deane to join the American fight against England. He quickly became Chief Engineer of the entire Continental Army, and the defensive fortifications he constructed played a crucial role in the war effort.

In America, Kościuszko befriended Thomas Jefferson and often stayed at Monticello. After the war ended in 1783, and before Kościuszko returned home to Poland, Congress granted him American citizenship, 500 acres of land, and $10,000. Kościuszko converted these assets into a trust fund for the manumission and education of black slaves.

Upon his return to Poland, Kościuszko became a Major General and fought against the Russian army, which invaded Poland in 1792. Once Russia took over much of the Polish territory, he was chosen to lead a rebellion against the Russians in 1794. He was captured and held captive in Russia for two years. His defiant statement upon capture now forms the opening of the Polish national anthem, “Jeszcze Polska nie zginęła póki my żyjemy“, (“Poland has not perished yet whilst we live”).

At IWP, the Kościuszko Chair serves as a center for Polish Studies in the broadest sense and has a special focus on the achievements of Polish civilization and its relation to other nations, particularly the United States. This Chair is currently held by Dr. Marek Jan Chodakiewicz.

The Center for Intermarium Studies, led by Dr. Chodakiewicz, focuses its educational activities and academic research on the area between the Baltic, the Black, and the Adriatic Seas.