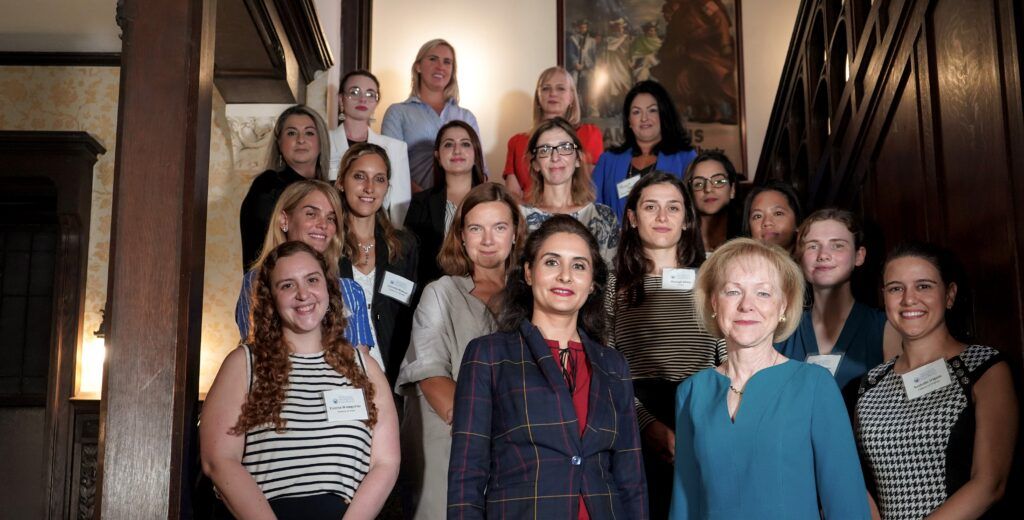 On August 23, IWP hosted Women in Diplomacy for a lecture with IWP Cyber Intelligence Initiative Instructor and Senior Advisor for the Cybersecurity and Infrastructure Security Agency Sana Saleh on “National Security Roles, Missions, and Responsibilities.”

The event was introduced by IWP President Amb. Aldona Z. Woś, the former U.S. Ambassador to Estonia. The talk by Ms. Saleh was followed by a networking reception.

Representatives from over a dozen countries were in attendance. 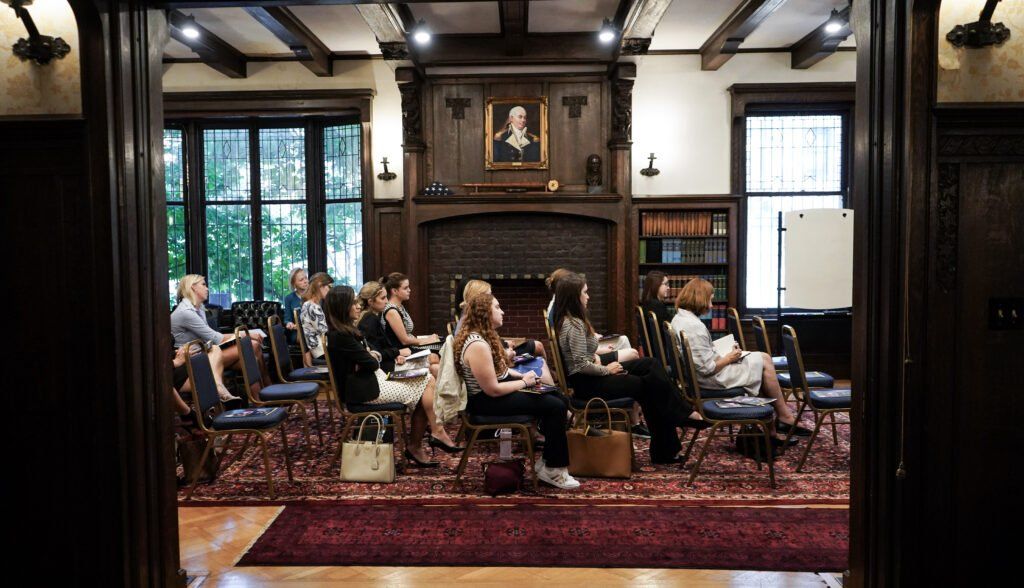