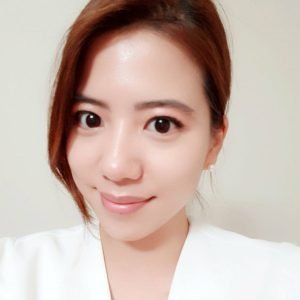 IWP is pleased to welcome Dr. Amanda Won, a 2022 graduate of our Doctor of Statecraft and National Security program, as the Director of the school’s new China/Asia Program. Amanda is also the founder of IWP’s Asia Initiative Lecture Series (AILS) through which diverse scholar-practitioners have presented their expertise on Asia.

In her new role, Amanda will oversee the development and execution of a new advanced academic program, including establishing partnerships with both the academic and private sectors as well as the federal government, teaching graduate-level courses, organizing events, and managing publications.

Amanda holds an M.P.S. in Arts and Cultural Management from the Pratt Institute in New York and an M.A. in Government (with a specialization in National Security Studies) from Johns Hopkins University. Her professional experience includes having worked in both the NGO and government sectors, serving as a legislative assistant at the New York City Council and as a Diplomatic & Consular Affairs and Partnership intern at the New York City Mayor’s Office for International Affairs. She has also worked at the U.S. Committee for Human Rights in North Korea (HRNK) where she was a contributor to that organization’s publication: “The Parallel Gulag: North Korea’s “An-Jeon-Bu” Prison Camps.”