IWP is pleased to welcome Douglas MacKinnon and Stephen T. Sargeant to its Board of Trustees. Mr. MacKinnon brings ample experience from work in both the public sector as a writer for the White House under the Bush and Reagan administrations and private sector as a consultant, reporter, and principal of two law firms. A retired officer for the United States Air Force, Mr. Sargeant has decades of experience in the military. Both of IWP’s new trustees also have experience in the defense industry.

Douglas MacKinnon worked in the White House as a writer for both President Ronald Reagan as well as President George H.W. Bush.

After leaving the White House, he worked for three years in a Joint Command at the Pentagon as a Special Assistant for Policy and Communications reporting to the Secretary of Defense.

Before and after that time period, Mr. MacKinnon worked as a senior communications official and speechwriter on three winning Presidential campaigns.

Additionally, Mr. MacKinnon served as the Director of Communications for former Senator Bob Dole for a period of five years.

As of now, he works as a consultant advising clients in the fields of media, communications, reputation management, and politics.

He is also one of the lead columnists for The Hill newspaper in Washington, DC as well as a contributing columnist to Fox News and The Sun newspaper in London.  Also, as a ghostwriter, he had written several New York Times bestselling books.

He is also a bestselling author under his own name.  His most recent book is titled:  The 56 – Liberty Lessons from those who risked all to sign The Declaration of Independence – Before they and the 4th of July are banned. 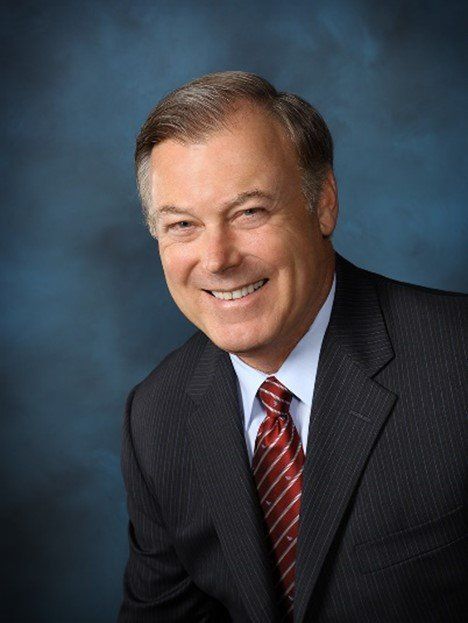 Major General Steve Sargeant is the CEO of Marvin Test Solutions, having joined the company in June of 2012 after retiring from the USAF with the rank of Major General.  Steve also serves as the Vice President of Strategic Development for The Marvin Group.  With over 20 years of senior executive experience in all aspects of military and aerospace operations and testing in organizations ranging in size from 200 to 160,000 personnel, Steve is leading Marvin Test Solutions’ growth and expansion as a world leader in the global mil-aero and commercial test and measurement industries.

General Sargeant’s focus is to position MTS, a vertically integrated aerospace test and measurement company, as the preferred provider delivering domain expertise and a customer-centric approach with long-term, unrivaled support. He is growing the company’s global military customer base, ranging from the U.S. Armed Forces and their Allies to global aerospace and manufacturing firms, ensuring the company’s customized test solutions meet customers’ mission-critical requirements.

Previously, he served as commandant of the US Air Force Weapons School, Nellis AFB, Nevada, and commanded the 8th Fighter Wing at Kunsan Air Base, South Korea, and the 56th Fighter Wing at Luke AFB, Arizona.  He served in numerous joint and coalition assignments, including deputy chief of staff of Strategy for Combined Joint Task Force 7 and deputy chief of staff, Strategy, Plans, and Assessment for Multi-National Force – Iraq in Baghdad.  His assignments in Washington include serving in the Office of the Secretary of the Air Force, Chief of Staff of the Air Force, Deputy Secretary and Secretary of Defense, and as the Deputy Executive Secretary in the National Security Council in the White House.  He also served as the Deputy Chief of Staff of the United Nations Command and US Forced Korea.  General Sargeant’s final position in the USAF before retiring after nearly 34 years of service was as the Commander of the Air Force Operational Test and Evaluation Center.

Sargeant has received dozens of awards and decorations including the Air Force Distinguished Service and Bronze Star Medals, 2006 People to People–Korea Outstanding Service Award, and 2009 General Thomas D. White Air Force Space Trophy.  He is an experienced and in demand public speaker.  General Sargeant is a member of BENS, CFR, NDIA, AME, AFA, AUSA, AAAA, ITEA, and the Harvard Alumni Association.  Steve is passionate about assisting Veterans in their transition back to the private sector and previously served the Chairman of the Board for the USO West Region and Chairman of the Board for the Greater Los Angeles (Bob Hope) USO from 2016 until 2020.  Today, he serves as a board member for the Military and Veterans Appreciation Trust Foundation.