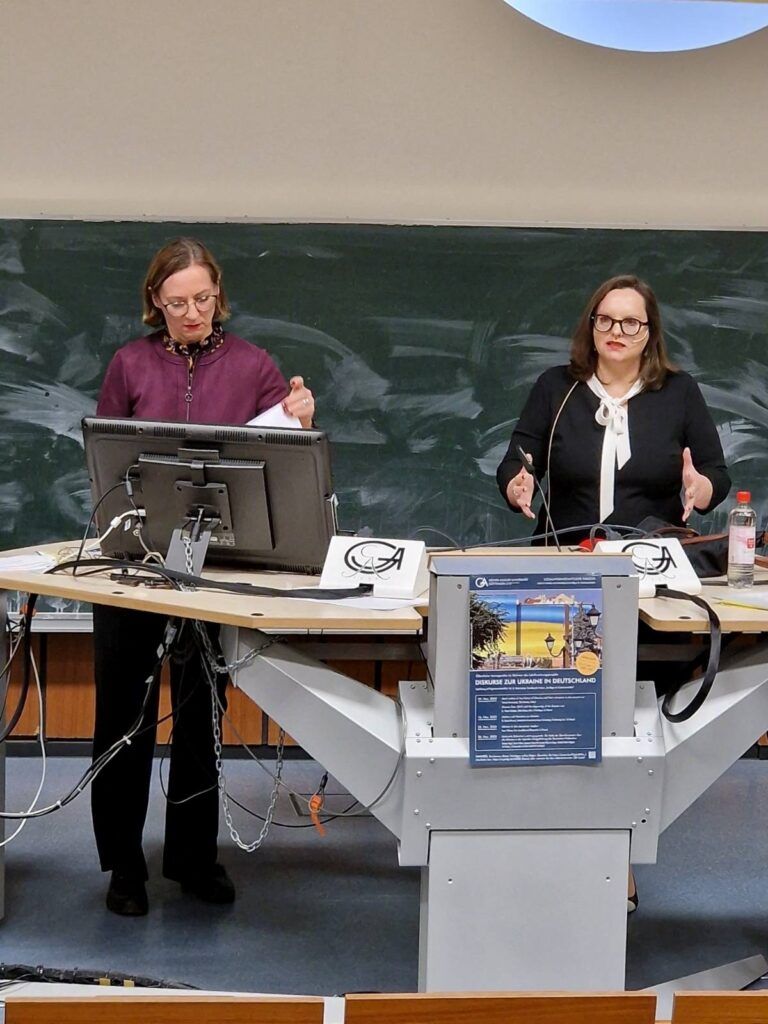 Former IWP Kosciuszko Chair Fellow Nathalie Vogel gave a lecture on the topic of “‘National Security and Propaganda. The role of disinformation against Ukraine in the hybrid warfare of the Russian Federation” at the Georg-August University of Göttingen on November 30.

The lecture, which was given in German, clarified the terminology related to hybrid warfare and offered an overview of various examples of active measures, including disinformation campaigns that took place on German soil. It explained the operative use Russian intelligence services make of anti-Americanism. The lecture also underlined the essential role of counterintelligence in detecting and neutralizing hostile influence operations.

This lecture was, among other things, the product of pages of notes that Ms. Vogel took at IWP a few years ago.

The video may be found below: