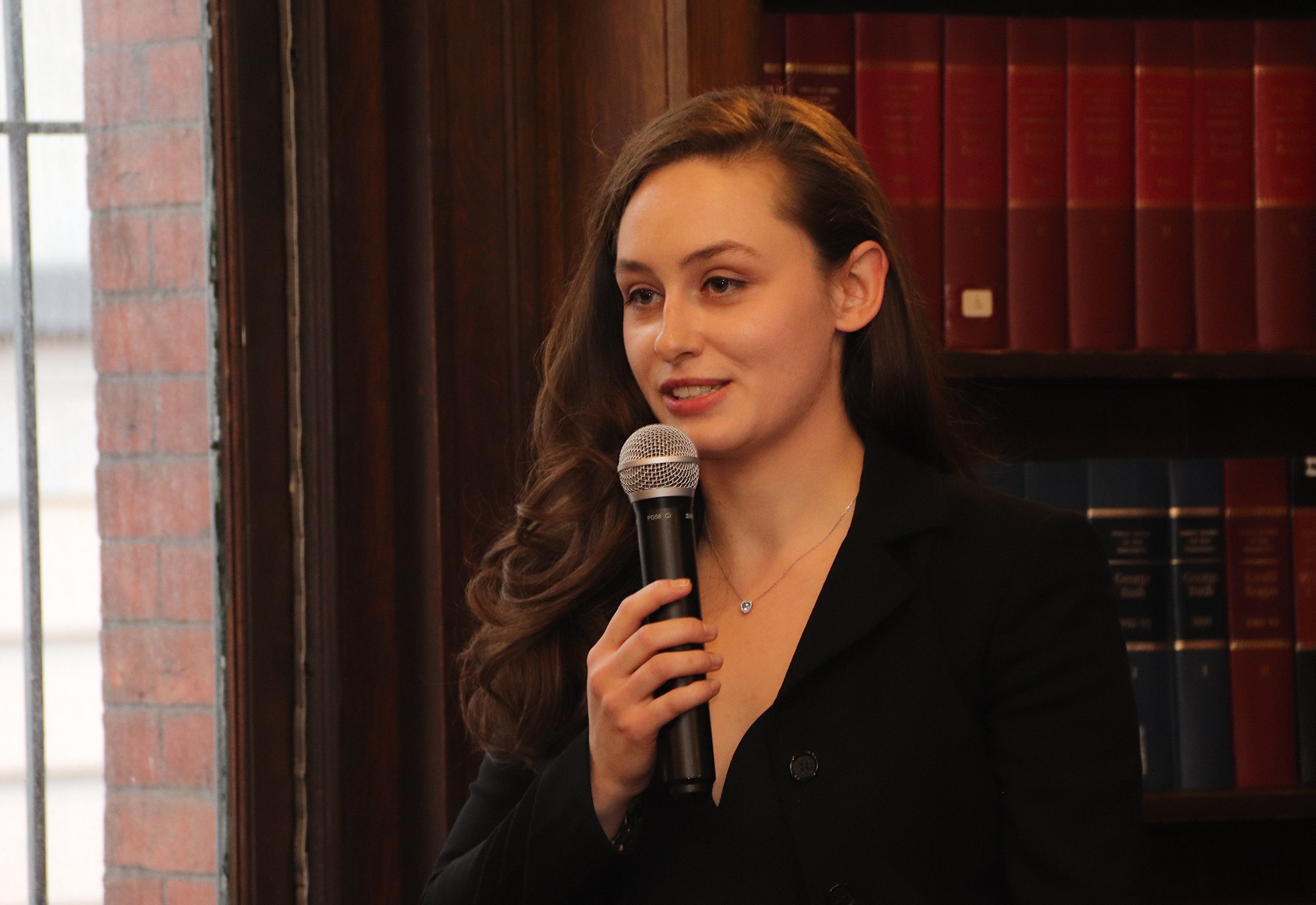 The Global Impact Discussion Series was founded at the Institute of World Politics in 2015 by Patricia Schouker to promote discussion between leaders, government, private sector leaders, and academia.

How Might the Coronavirus Pandemic Influence U.S.-China Relations?
with Ali Wyne, nonresident senior fellow at the Atlantic Council
May 12, 2020
Watch the video

National Security, Whistle-Blowers and the Nature of Secrecy
a lecture with Dr. Christopher R. Moran, Reader in US National Security in the Department of Politics and International Studies (PAIS) at the University of Warwick (UK)
December 4, 2019
Watch the Video

Examining the Construct of Great-Power Competition
a lecture with Mr. Ali Wyne, Nonresident senior fellow at the Atlantic Council and a nonresident fellow at the Modern War Institute
November 8, 2019
Watch the Video

The Secret World: A History of Intelligence
with author Christopher Andrew
November 13, 2018
Watch the video

The Foundation of the CIA: Harry Truman, The Missouri Gang, and the Origins of the Cold War
with author Richard E. Schroeder
October 15, 2018
Watch the video

All Measures Short of War: The Contest For the 21st Century and the Future of American Power
with author Thomas J. Wright, Director, Center on the United States and Europe; Fellow, Project on International Order and Strategy, Brookings Institution
July 10, 2017
Watch the video