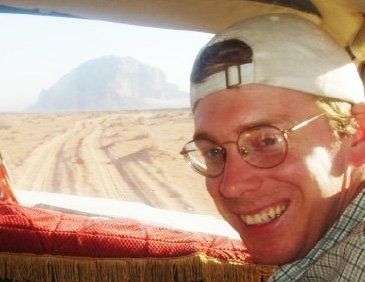 As Dr. David Klocek, IWP’s Faculty Chairman and Vice-Dean remarks, “You can educate someone to defend our nation effectively, but if you educate faculty who will teach many others to carry on this fight, you are truly multiplying your efforts.”

Hence, the faculty of scholar-practitioners at The Institute of World Politics is enthusiastic to prepare not only new members of the defense and intelligence communities, but also talented future faculty members who will help educate the next generation in subjects that are both vital for U.S. national security and for the development of an informed citizenry.

Indeed, 2008 alumnus Aaron Linderman attended IWP with the intent of continuing a career in academia and thereby spreading the mission of IWP further in the intellectual community.   He found that his studies at the Institute were excellent preparation not only for his pursuit of a Ph.D. in history but also for his career as a professor.

Knowing that he eventually wanted to teach history, Aaron considered many graduate schools, and ultimately chose IWP for several reasons.  After studying the course catalogue, Aaron found that IWP’s curriculum was not directed towards a mass audience, but rather had a very specialized focus – precisely the field in which his own interests lay.

During a visit to an IWP open house, he met General Walter Jajko, IWP Professor of Defense Studies and DARPA Fellow, a retired General of the United States Air Force, who was a former Assistant to the Secretary of Defense for Intelligence Oversight.  Riveted by his discussion of military history and strategy, Aaron knew that this was a man under whom he wanted to study.

Aaron remembers being sold on the fact that “these are people who have done what they teach.”  Indeed, during his time at the Institute, he says that “it was first and foremost the faculty members that brought the material to life” with their hands-on experiences in their fields helping to connect theory with its practical implementation.

Aaron also chose the Institute because its Masters Degree program appreciated both the “relevance of history and the importance of the moral dimension,” unlike many other current programs in history and international relations in our major universities.

Aaron excelled in his studies at IWP, earning an M.A. in Statecraft and National Security Affairs as the Salutatorian of the Class of 2008.  He is currently pursuing a Ph.D. in history at Texas A&M University with a major in Modern Britain and the British Empire, a minor in American Military History, and a directed study in the field of Sociology.  According to IWP President, Dr. John Lenczowski, Ph.D. programs in military history are rare, and the program in which Aaron has enrolled is the best in the country.

This summer, Aaron plans to work at the National Archives in Washington, D.C., studying American irregular warfare during the Second World War, particularly in Burma.  The following summer, Aaron has been granted a fellowship at the British National Archives, where he will study British irregular warfare between the end of WWI and the end of WWII.  He plans to write his dissertation on the dynamic relationship between British and American irregular warfare during this time period, with special emphasis on how America was influenced by the British experience.

While pursuing his doctorate, Aaron has realized the advantage IWP had given him over his fellow historians.  At IWP, the students study integrated strategy, reviewing the “less studied things, such as propaganda, public diplomacy, and counterintelligence,” as well as the traditional elements of international relations, such as diplomacy, military history, and economics, whereas students at many other institutions focus on only one field.  Aaron says that, “As a historian, I am much more comfortable looking at this full range of issues than my colleagues, who have studied only one of these elements… For instance, if you are studying insurgency and counterinsurgency, all the tools of statecraft are relevant.”

While Aaron would have excelled in his Ph.D. studies no matter what, he knows that the full spectrum approach of The Institute of World Politics has allowed him to be a better historian with a greater understanding of all the elements involved in international relations and world affairs.