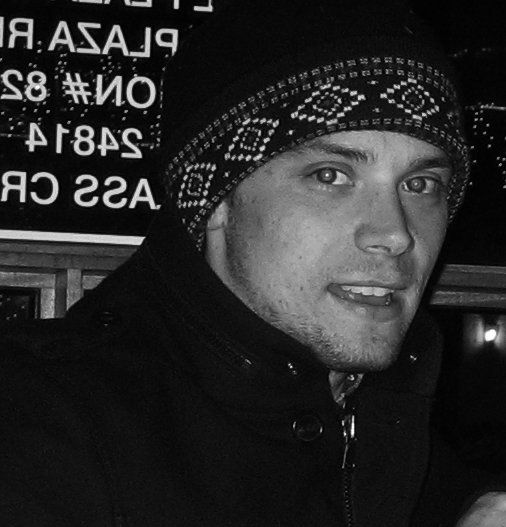 In college, Chris Deckert was dead set on attending law school in the New York/New Jersey area, where he had grown up and gone to school. He was working on a double major in history and political science, but considered his love of these subjects as more of a hobby than a professional interest. Now, after attending IWP, his previous hobby has become his full-time job, and Chris is able to pursue his interests in his day-to-day work. But what changed his mind about law school?

Chris had actually never heard of The Institute of World Politics until his roommate, also a political science and history double major, convinced him to accompany him on a trip to D.C. to look at IWP for graduate school. His roommate paid for the hotel, and Chris agreed to drive.

Chris not only immediately fell in love with D.C., but, when he heard IWP President John Lenczowski speak about what IWP stood for, what was lacking in foreign policy, and about international affairs in general, he says, “it captured me.” He also had the opportunity to talk to some of IWP’s professors while he was there – including Amb. Piedra, Dr. Klocek, and Amb. Melady. Chris loved the idea of learning from scholar-practitioners, and remarks, “you can’t go wrong with someone who has done this type of work for a living.”

Chris proceeded to apply only to IWP, and not to any law school or other graduate school.

One thing Chris knew before he went to IWP was that he had differing viewpoints from many of the professors. In fact, in Amb. Piedra’s class, Chris remembers being the only one arguing for his side. Chris says that he loved being challenged in this way. Although the professors and/or his fellow students did not always agree with him, “they liked what I brought to the table, and would often agree that I had a valid point… It’s more gratifying to argue successfully against people with differing views than those with similar views.”

Chris found that “every class was really good – each brought something different to the table. The classes each open up different interests, and allow you to be aware of different perspectives.” Ultimately, Chris found the experience very intellectually beneficial.

While at IWP, Chris began to look for a job in the field of intelligence or international affairs. He had the opportunity to talk with his fellow students who were already working in the government or as government contractors, and learned that usajobs.com is generally less useful for those who are not already in the government. Chris therefore took a different approach. He began to look at all the government agency websites, and thought about whether he would be interested in working at them.

One agency he explored was one he might not even have heard about had it not been for IWP. In Dr. Chodakiewicz’s Geography and Strategy class, Chris learned that, “if you don’t know geography, you can’t implement strategy,” and that there is a lack of this knowledge of geography in America, as a general rule. The National Geospatial Intelligence Agency, part of the Department of Defense, deals with this issue, and Chris decided to apply for a job there.

He heard back a week after he applied online, went in for an interview, answered a few questions, and was hired on the spot. He began work last August as an analyst.

He says that it has been an interesting transition to begin to use his knowledge of political, cultural, and historical issues and apply them to his current image-based work. While many other people at the agency have photography or geography backgrounds, Chris is happy to be able to use his IWP education and his knowledge of the roots of conflicts in his work. He is not permitted to explain exactly what he does at the agency, so we will have to take his word that “using what I’ve learned at IWP helps me to be a better analyst.”

Chris is not the only IWP alum at the National Geospatial Intelligence Agency. He says that he has run across familiar faces many times at work, and realized that he has taken classes with them at IWP.

Of his IWP education, Chris found that, “I wouldn’t change a thing.” From admissions, where IWP evaluates the whole student and his character (instead of just his GRE scores and test-taking skills), to the excellent classes, to the professors that have a “genuine interest in seeing students succeed” and act as mentors, Chris had a great experience.

“IWP teaches well, gets across what they preach, and what you learn transfers to jobs in the field. If IWP offered a PhD program, I would gladly go there.”