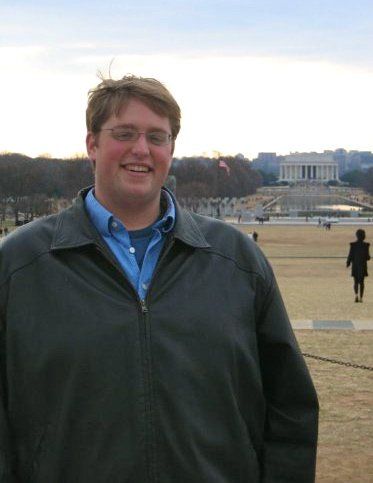 It’s a Washington, D.C. tradition: every summer, some of America’s brightest young students and graduates flock to the nation’s capital to intern in Congressional offices, nonprofits, and think tanks. Some of them have no ambitions beyond expanding their resumes and sampling the District’s nightlife; the wiser members of this cohort, however, seek niches for themselves that demand developing true expertise in a branch of public policy or international affairs.

IWP student Christopher Reed Eckhold is firmly in the second category. Since his first interest was in domestic policy – developed while majoring in Political Science at Albion College in his native Michigan – he worked on a political campaign immediately after his graduation in 2008. When he came to Washington in the spring of 2009, working on Capitol Hill as well as becoming a degree candidate at IWP, Reed had also benefited from working for a summer in London.

It was in London that Reed was first exposed to international affairs. There, he found himself immersed in the details of international water policy, exploring water conservation efforts in the UK, international piping regulations in Europe and the Middle East, and other related issues. This experience drove him to develop an interest in the complex and highly interconnected world of international relations and security.

And it was that complexity that led Reed to examine the programs of IWP, which emphasize the integration of diverse instruments of statecraft and help students to consider the actual behavior of modern international actors.

He is now working towards a Masters Degree in Statecraft and National Security Affairs at IWP, and is interning for Congressman Mike Rogers of Michigan’s 8th district, a member of the House Intelligence Committee. Most recently, Reed has been enjoying Professor Ken DeGraffenreid’s class on Intelligence Collection. Reed has found that, “I enjoy my time here, and I find the faculty to be incredible. Many of them have practiced what they preach.”

Reed plans to graduate from IWP in December 2010, and hopes to work on national security and intelligence policy.