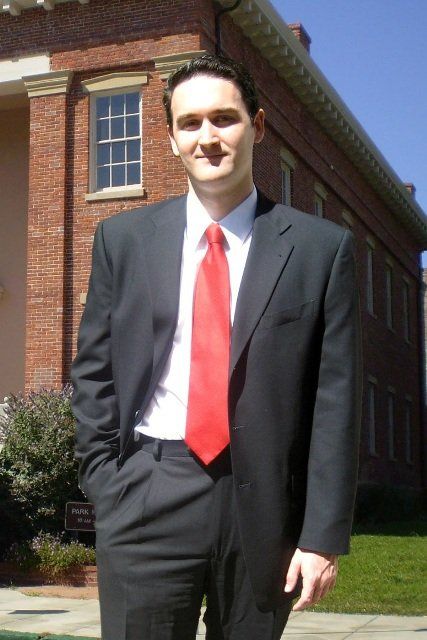 New IWP student Jubal Biggs brings a wealth of experience to his studies at IWP – he has fought terrorism in the Middle East even before 9/11, run for City Council in California, studied in Israel, and worked on Capitol Hill. What brought him to IWP? And what will he do next?

In the 1990s, Jubal was studying aeronautical engineering in California when he began to be increasingly concerned about national security issues. He watched the news during the embassy attacks in the late 1990s, and realized that the US was not combating terrorism seriously or systematically. In addition, Jubal felt that the current President was not taking enough of an interest in this issue, and presidential campaigns focused mostly on domestic issues. “I decided I’d like to do something about it – something active, and make a difference,” Jubal commented in a recent interview.

He proceeded to travel to Israel and join its defense force, believing that “Israel was doing something active to combat terrorism.” Ever ambitious, Jubal decided to try to become an Israeli paratrooper, the most elite force for which he was eligible. Of the 800 volunteers from his base, only 80 were selected to try out – an intensive exercise that involved running up sand dunes, crawling across beaches, and not being allowed water until collapse from dehydration in the desert (of course, paramedics were nearby with IVs). In the end, Jubal was one of 11 who made it through the try-out.

He was placed in the 202nd Airborne, a unit known as Viper Company, and he proceeded to spend two years doing counterinsurgency and counterterrorism work in the West Bank. By the end of his service, Jubal had become an Infantry Squad Commander, an unusual honor for an enlisted soldier.

As Jubal trained in Israel, he became accustomed to the terrorist attacks regularly occurring in the area. When such an attack occurred, a moving ritual would take place: Jubal and his comrades were called together and asked if anyone had family in the attacked city or town. One day, they were assembled and asked if anyone had family in New York City or Washington, D.C. It was September 11, 2001.

“This reinforced for me that I was fighting the same war against terrorism as the United States. We later captured a lot of people that were training insurgents, terrorists, and suicide bombers in the West Bank to go to Iraq as foreign fighters there.”

It also became more and more apparent to him during these years that he wanted to work in the field of foreign policy. Jubal found that for the most part, the military was capable of doing its task. Political leaders, however, who were responsible for making life-and-death decisions, were not in touch with the realities on the ground. Jubal hoped to go into policy to bring his experience to such decisions.

Following his experiences in the IDF, he worked as a private security contractor for the U.S. Diplomatic Security Service, even while dealing with post-traumatic stress disorder (PTSD). He ultimately returned to the decision he had made in Ramallah: to pursue a career on the policy side of national security and international affairs.

Jubal began by studying political science at the Interdisciplinary Center (IDC) in Israel. He focused on counterterrorism, minoring in international diplomacy. In his second year of study, he was admitted to the Argov Fellows Program in Leadership and Diplomacy, a program which brought him to speak with – and even advise – leaders in the EU, Washington D.C., and elsewhere around the world.

After returning to the U.S., he worked as an intern on Capitol Hill for Wally Herger, from California’s 2nd District. He then interned and became a staff assistant for Thaddeus McCotter from Michigan (7th District).

In 2008, Jubal returned to California and ran for City Council in his home town of Benicia before deciding to pursue graduate studies in Washington. He picked IWP because “IWP is one of the few schools with a good intelligence program. I like its academic focus on national security – it’s what I’m interested in. I want to take some of the lessons of being on the ground, and being shot at, and use that experience on the policy level. Often, people in Washington don’t grasp these realities in a fundamental way.”

Right now, Jubal is writing papers for the Heritage Foundation (discussing the use of sanctions and air strikes in Iran and recommending an alternative strategy) and for the Hudson Institute.

Jubal thinks that IWP can help him prepare for a career in policy. He is currently enrolled in the National Security Certificate program, and intends to pursue a Masters Degree in Statecraft and National Security Affairs. 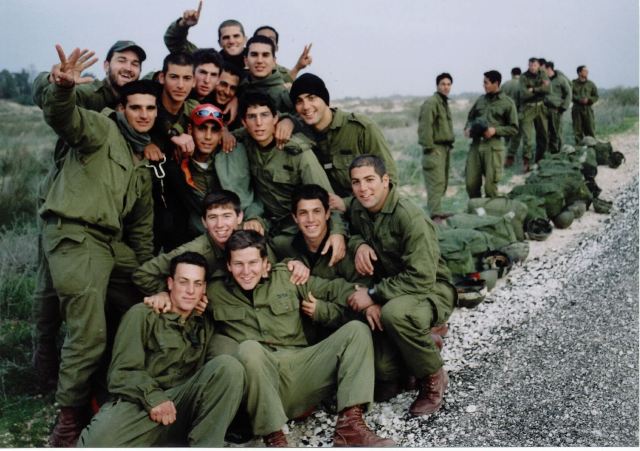 Jubal and fellow IDF Paratroopers after completing the final jump of Airborne School; Near Tel Nof AFB, Israel.  Jubal is pictured at the upper left.