In this interview, we speak with IWP alumnus Nicholas about his experience at IWP and his work with the intelligence community.

I’m originally from Minnesota and attended the University of North Dakota in Grand Forks, where I studied history and geography. In my junior year, I joined Delta Upsilon fraternity, and shortly after I held the secretary position as well as many other committee chair positions. I moved to DC in the summer of 2009, almost right after I graduated from UND, to attend The Institute of World Politics. And as of February 15th of this year, I am engaged to my girlfriend Jennie, whom I met through another IWP alumnus and his wife.

How did you become interested in international affairs/national security?

I looked a lot of schools that had national security and/or intelligence programs. Of course, IWP’s Masters in Strategic Intelligence Studies attracted me at first, but really it was the school’s faculty with real world experience that convinced me to attend. Also, IWP’s atmosphere of being a small institution that allows students to really engage with the professors appealed to me.

What was your favorite class at IWP?

To this day I have a fondness for “Case Studies in Counterintelligence.” Not just because it was taught by an amazing professor, Brian Kelley, but because it was that course that guided me into my career field. Before that class, I didn’t know exactly what I wanted to do in intelligence. My favorite paper of my entire education was for that class, a case study on Felix Bloch. That case is about a spy that got away, and I’ve always felt that if we learn from our mistakes in the past we shouldn’t allow them to happen again.  So by studying this failure I will be able to apply that knowledge to my career.

Please tell us about your current work with the State Department.

I currently work as a government contractor for the Department of State’s Personnel Security and Suitability Branch.  I am the team lead for Intelligence Community Liaison Unit for this branch. What that means is that I am the middle man between the security background case managers and all the intelligence community members when it comes to obtaining information needed for background investigations.

What are the most rewarding parts of your job?

There are moments at my job that are quite rewarding. When I can successfully work with any of my counterparts in the other agencies to clear DoS applicants, that in itself is rewarding. At DoS we treat background investigations as somebody’s life. Their job and career depend on them obtaining a clearance. You can’t assume everyone wants a clearance to commit espionage; however, when that moment comes up and you notice something a little off, you do your due diligence to find a solution.  If I am able to protect our agency by stopping a spy at the front door, to me, that’s the most rewarding.

Have your studies at IWP impacted how you approach your profession?

Yes, because having professors who have been, or were currently, in the government allowed us to see what it was really like. The professors explaining the bureaucracy, the red tape, and all the hoops and hurdles we would have to jump through readied me for my career. And the courses themselves opened my eyes to the world of intelligence and the many intricacies of the art.

My long term career plans would be to become a counterintelligence officer, and perform case work. Right now, I’m working on obtaining the necessary experience to achieve this goal. 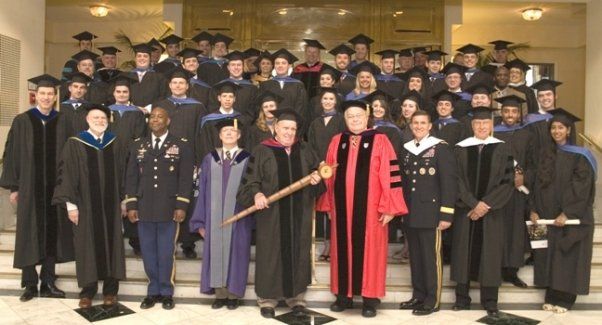