Two IWP alumni currently working for one of the top agencies in the Intelligence Community (IC) developed and ran a training simulation this fall for IWP students and alumni, in cooperation with the school’s Office of Career Services.

The simulation, entitled “Baltic Storm 2025: NATO and Russia on the Brink,” allowed students to act as intelligence analysts and policymakers in a real world crisis simulation.

The multi-week event began with an introductory seminar on intelligence analysis and writing, led by organizers Jeremy Boss and Nathan Kerr, both of whom launched their careers after studying at IWP.

“In this seminar, we taught participants how to structure data,” said Nate.  “This is one of the main problems you deal with at the beginning of your career… you have a lot of information that you have to make sense of very quickly.  We wanted to see IWP students hit the ground running when they start work in the IC.”

The seminar also reviewed how to write concisely, emphasize critical information, and conduct an intelligence briefing.

The next phase was an intelligence simulation.  Twenty-two students and alumni spent several days acting as intelligence analysts working on one of several teams – East NATO, West NATO, or Russia. They would receive daily intelligence reports, and were called on to organize, analyze, and brief assessments to policymakers.

“Different pieces of intelligence were sent to different people to simulate the idea that you have to work together to see the more coherent picture of what is happening in the scenario,” said Jeremy.  “We sent more strategic intelligence reports to those doing HUMINT, while the imagery analysts got more tactical reporting.”

Nate and Jeremy wrote 1500 intelligence reports that were sent out over the course of two weeks. Participants were overwhelmed with information – as they could easily be in a career in the real world – and had to decide quickly what was important or not important, and what was true or false.

“It was a challenging exercise,” said Jeremy. “Everyone did very well.  Feedback said that the hardest part was structuring the data from a textual report into a usable format.”

“Coming from an academic background, my understanding of the strategic approach is strong,” said student Patricia Schouker. “But this exercise gave us tactical experience with challenging issues that forced us to demonstrate a multi-dimensional thinking by developing analytical, problem solving, and critical thinking skills. Working in a fast-paced environment with students who are eager to participate, demonstrate their knowledge and bring forward their background was rewarding in the end.”

Several first year students used this simulation to solidify their ideas about what type of intelligence work they wanted to pursue in the future.  They are now building some of their class schedules to accommodate their newfound interest.

Nate said, “We wanted to give students a flavor of the different types of analysis so they understand the different opportunities. Jeremy and I were both approached with the question of what we wanted to do in the IC, and we weren’t really sure because the community is very opaque.  We lucked into our positions.  We hope that IWP students will be more prepared to know what aspect of intelligence they love and pursue it.”

In addition to compiling data, the teams gave situation updates midway through the first phase to a panel of IWP alumni and faculty members who served as policymakers. The policymakers then grilled the teams on their reports, asking for clarification, what would happen in different scenarios, and why they structured their intelligence as they did.

“When Jeremy and I joined the IC, we were thrown into the deep end and expected to swim,” said Nate.  “The people who try to figure out problems are the ones who succeed. We want IWP students to know that in the first few years, they will be relied on for big decisions.  This exercise was meant to prepare them with the skills they need to provide good analysis.”

The simulation then moved into a war game phase, in which students pivoted to the role of policymaker, pursuing national goals in a crisis environment. “The war game was the culmination of Baltic Storm,” said Nate. “After learning all these tools and tracking military and diplomatic movements throughout two weeks, the students took this knowledge into the war game.  We didn’t give them any further information updates.”

“I don’t know of any other organizations that offer war games that are dependent on how you perform in an intelligence component,” commented Jeremy.

For the war games, the two NATO teams merged to face Russia. The Russia team at first took advantage of its cohesiveness, and then NATO came back strong.  Meanwhile, several IWP Army Fellows played the part of the United States, which said yes or no to different NATO initiatives.  This additional factor within NATO led to negotiations and creativity.

“This simulation really showed IWP’s strengths,” said Nate.  “Jeremy and I were impressed with the public diplomacy and political warfare ideas the teams were trying to use to undermine each other.  A lot of the students understood holistic strategy, and were able to put it into practice, using economic strategy, covert action, diplomacy, cyber warfare, and more.”

“We want to run this again,” said Jeremy.  “We are getting student feedback and improving it.  We want to offer it to more students, and create different scenarios, as well, including a non-state actor, or an Israel-Iran scenario.”

On the student side, the teams are beginning a new project, according to career director Derrick Dortch. “The teams are so enthused that they are using the skills learned during Baltic Storm to look at current threats.”

One student has already taken these skills learned to his workplace, where he has been praised for his intelligence analysis work concerning threats to the D.C. region.

Many thanks to Jeremy Boss, Nate Kerr, Derrick Dortch, John Sano, Ray Batvinis, Michelle Watson, Peter Debbins, and all other volunteers who made this simulation possible. 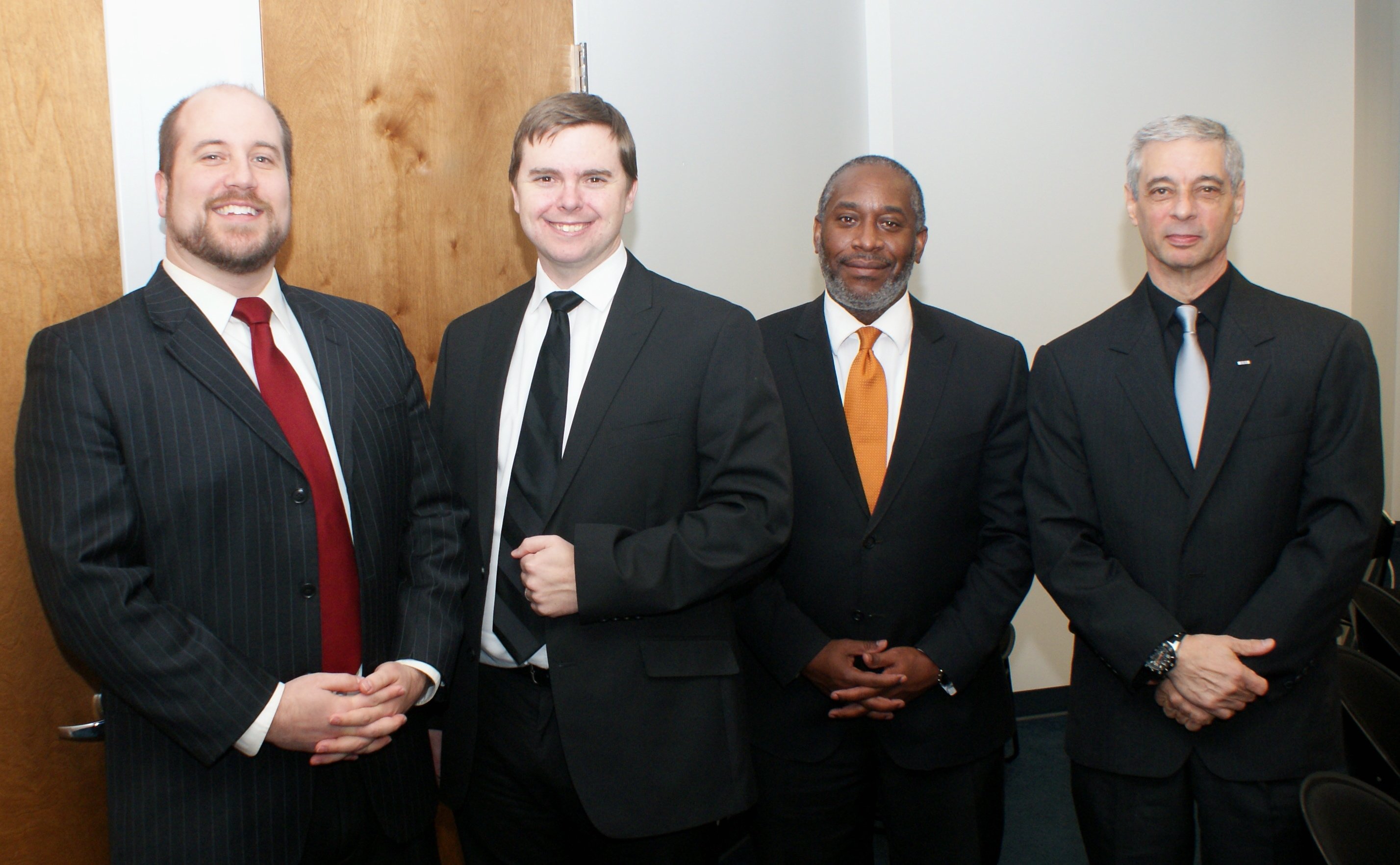