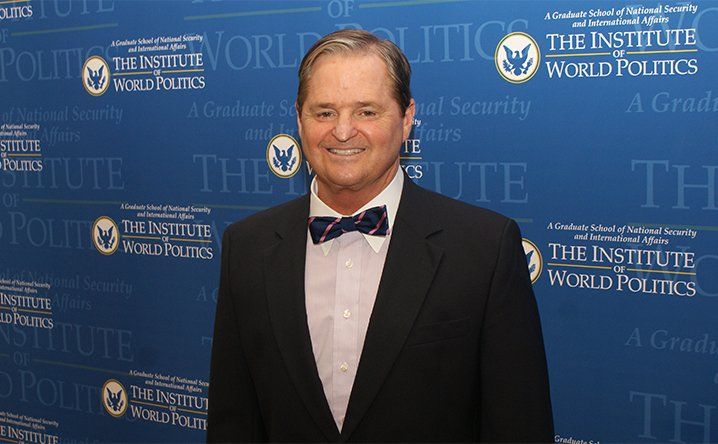 On September 1, IWP alumnus Michael Maibach became Managing Director of the James Wilson Institute on Natural Rights and the American Founding, where he continues to serve on its Board of Trustees. The Institute was founded in 2013 by Professor Hadley Arkes of Amherst College. Dr. Arkes retired after a 50-year distinguished teaching career, and serves as the Institute’s Director. He designs JWI’s curriculum and is the lead discussant in its programs. The organization offers academic seminars for members of the appellate bar, judges, and law clerks about how natural rights informed the American founding, as well as the issues of the day. They offer weeklong JWI Summer Fellowships for those soon to become appellate clerks, as well as weekend seminars for appellate attorneys, appellate judges, and legal scholars.

“We deal with issues such as the protection of private property, marriage and the family… and the nature of American federalism,” commented Mr. Maibach. “We hope to deepen the thinking of professors, lawyers, clerks and judges given that courts interpret the Constitution as well as positive law. The vision of the American Founders is vital to the health of our Republic. The Founders’ notions of limited government based on natural law are as vital today as they were in the 18th century.”

JWI is named for James Wilson, born in Scotland in 1742. He was tutored by Hutcheson, Hume, Smith and other intellectuals of the Scottish Enlightenment. He brought those ideas with him to Pennsylvania. There, he became involved in public life, was a signatory of the Declaration of Independence, elected twice to the Continental Congress, and served as delegate to the Constitutional Convention of 1787. He was considered one of the brightest legal minds of his time and one of the intellectual lights of the Convention. When the new Constitution took effect, Washington appointed him as one of the six members of America’s first Supreme Court.

Mr. Maibach’s role is to help strengthen JWI as an organization, and to advance its programs focused on jurisprudence. The James Wilson Institute just completed its third Summer Fellowship program with 15 Fellows, and will hold its 11th JWI Senior Seminar for appellate attorneys, judges, and scholars in November.

“IWP helped deepen my insights into issues surrounding natural law, as well as the counter reaction of progressivism,” said Mr. Maibach. “I am often reminded of what I learned from Ambassador Piedra’s class, a survey of classical liberal traditions. Joshua Muravchik’s class on ideology — my first IWP class — has also been helpful.”