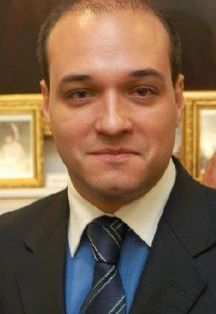 IWP Alumnus Marcio Coimbra (’15) will take over as a political columnist for Brazilian paper O Tempo (The Times) this week.  Mr. Coimbra, who previously served as an advisor for the Republican Party, has contributed to over 100 newspapers in Brazil before taking up his post at O Tempo.  Mr. Coimbra will be writing for O Tempo while maintaining his current position as the Brazilian Senate’s political coordinator.

In a brief interview for O Tempo last week, Marcio expressed his plans for the topic and tone of his column.  When asked about the future of Brazilian politics, he struck an optimistic but realistic tone saying, “It is very untidy economically, which creates distrust for international investors. Investors want a country where the laws are above men, not men above the law. And Brazil is in a process of maturation, the first fruits of the 1988 Constitution are being harvested now, with a Public Prosecution Service, an independent Judiciary. Lava Jato (corruption task force) is run by prosecutors and a judge in their 30s and 40s, a post-Constitution generation. We see a generational clash of old politicians who failed to modernize and keep up with the evolution of the times with this new generation. So it is a collision of two visions of Brazil, but we are gradually moving in a direction where the laws will be above men, and this will help the economy and, will generate institutional security for Brazil.”

At his new post, Coimbra will be an influential voice leading up to the 2018 Brazilian Presidential Election.