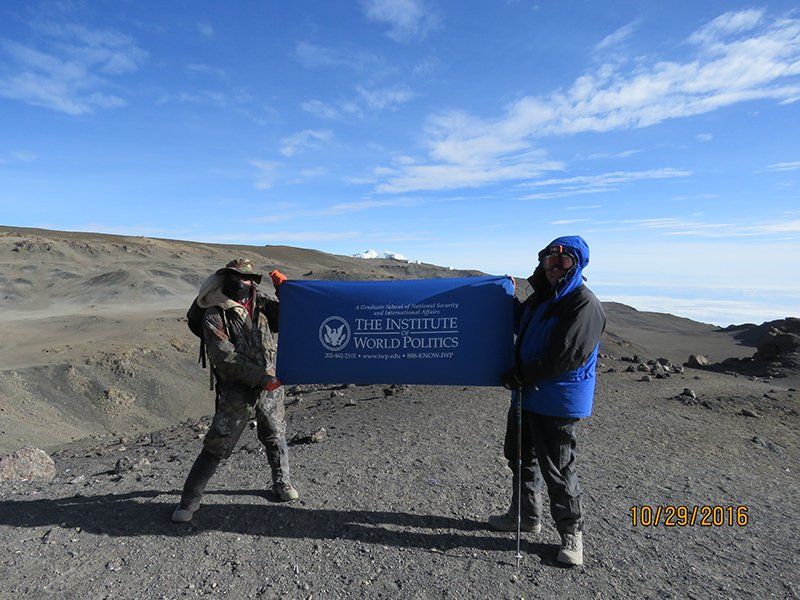 IWP alumni are living and working all over the world, but never before has IWP been represented at the peak of Mt. Kilimanjaro, the highest mountain in Africa.  This past October, alumnus Paris Michaels has done just that.

Having scaled the mountain in the fall, Paris has just recently received the pictures from the expedition’s photographer.  (Cell phone cameras become unreliable at those temperatures and altitudes.)

The IWP banner weighs one pound — a significant weight in mountain climbing terms for not being a survival-support item. “I justified it as being my emergency safety blanket,” said Paris.

Paris further commented: “Similar to a flag, the IWP banner has been with us a long time and is a trademark of the school’s brand.  We should display it proudly for where it’s been, what it’s been through as we grew, and how well it represents what we stand for.” 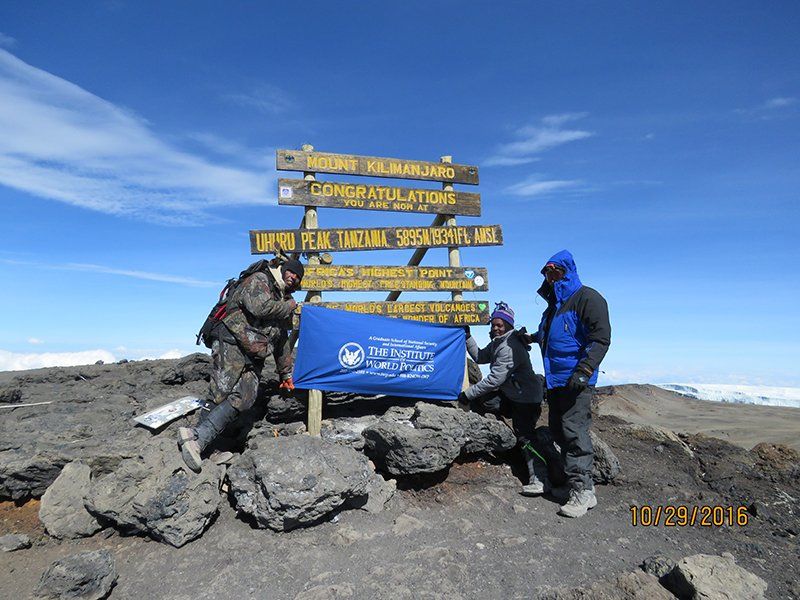