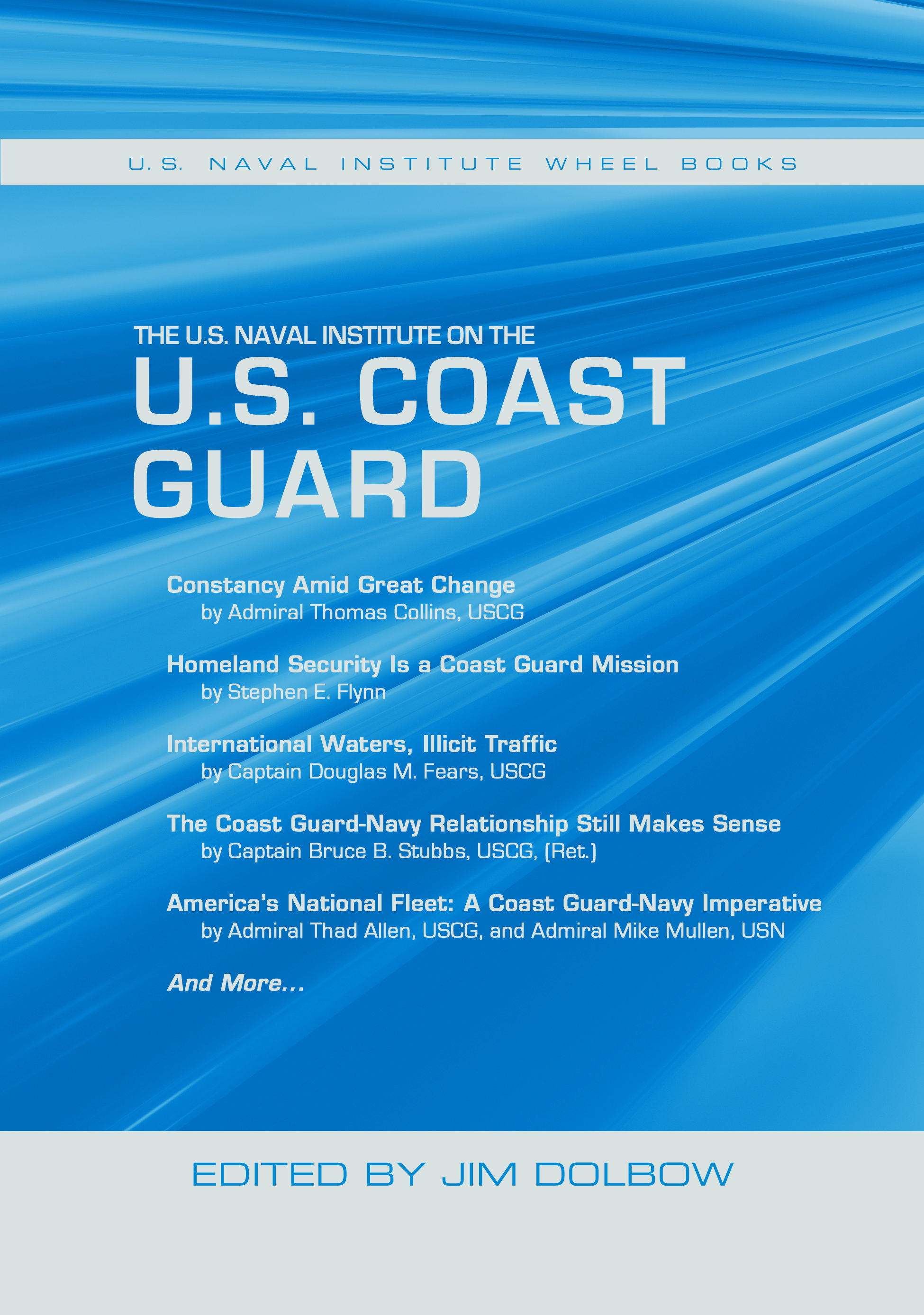 IWP alumnus Jim Dolbow recently edited a new book, The U.S. Naval Institute on the U.S. Coast Guard, published as part of the Wheel Books Series. This book provides naval professionals and naval history buffs alike with insights into the roles, missions, and history of the U.S. Coast Guard.

Although the Coast Guard is the fifth and smallest branch in the U.S. military, it plays an important role in the U.S.’s national defense and homeland security. Mr. Dolbow makes this evident by including in-depth analyses of all 11 of the Coast Guard’s statutory missions, each written by an expert on the topic. The archives of the U.S. Naval Institute provide the reader with information about the Coast Guard that is re-appearing for the first time in decades.

Armed with his IWP education, Mr. Dolbow was able to include articles that informed readers about the Coast Guard’s role as part of an integrated grand strategy.

Mr. Dolbow is a Life member of the U.S. Naval Institute, Navy League of the United States, Naval Historical Foundation, Reserve Officers Association, Military Officers Association, and the Naval War College Foundation. He has been published in Proceedings, National Defense, The Washington Post, The Washington Times, Sea Power, Navy Times, Armed Forces Journal International, to name a few. He has lectured at Indiana University, National Defense University, and the Defense Acquisition University on the role of Congress in national defense.

Currently, Mr. Dolbow is working as a Senior Acquisitions Editor for Professional Development Books at the U.S. Naval Institute and is a Fleet Professor of Theater Security Decision Making  for the U.S. Naval War College’s Fleet Seminar Program in Washington, D.C..

Please click here to purchase the book on Amazon.