Above: Peter Debbins at IWP Commencement in 2015.

Peter Debbins graduated from IWP in 2015 with a Professional M.A. in Strategic and International Studies. The following is transcribed from an interview conducted by the IWP Office of Alumni and Communications. It has been edited for clarity.

Can you tell us a little about your background and how you become interested in security issues and international affairs?

My mother is Russian and was born in the Soviet Union. She was a survivor of the famine in Eastern Ukraine, only to be taken captive by the Germans during World War II. She, along with her family, were taken to the internment camps by the Nazis and used as slave labor for the duration of the war. Because of her experiences during the war, she wanted to have a big family. I have 17 siblings, ten adopted and seven biological. My four brothers and I all speak a different language. Growing up, my grandmother used to say learning a language could save your life one day. While she was in the camp, she was kept as a bookkeeper because she spoke different languages. I am a fluent Russian speaker, while my brothers speak French, German, and Spanish.

Above: Peter’s first trip to Russia, where he studied the Russian language every summer during college.

I did my undergrad at the University of Minnesota and went to Russia every summer to study the language. I also lived in Russia for a year to study business. During college, I did ROTC and put in for the reserves but was called to active duty because of Army operational demand. I served three years of active duty and then joined the Special Forces for another three years. Because I spoke fluent Russian, I was never posted to Iraq or Afghanistan. Instead, I served in the Caucasus, Germany, and the Balkans.

After the Army, I worked for Ukrainian businesses for a year and then moved back to Minnesota to work in the private sector. I realized there was a disconnect between my skills and my current career, so I moved to the D.C. area. I started using my leadership skills to teach rocket scientists how to be managers at Orbital Science.

Later, I got a job working at Fort Meade as a Russian analyst and did that for three years. I then transitioned to working as a cyber instructor for CACI for another three years. I’ve been at my new job in the UK for about 4 months and teach Russian studies through Co-solutions. My position is based at EUCOM and the NATO regional joint intelligence facility in the United Kingdom.

Above: Peter Debbins receiving an award for setting a record time at Air Assault School for the 12 mile ruck mark (1 hour 42 minutes).

What attracted you to the Professional MA in Strategic and International Studies?

I had the post 9/11 GI Bill and could go anywhere I wanted, but IWP stood out to me as the best option. The other schools in the area teach the ways we want the world to be, but IWP teaches the way the world really is. Dr. Lenczowski’s presentation at the open house I attended particularly stood out to me and helped compel me to attend the school.

When I started, I thought I was a really well-read person. I was actually blown away by all the classes I had and learned a lot in every course I took. A lot of what I learned at IWP I teach in my classes today. In my week-long seminar, I explain the origins of communism and rely especially on the teachings of Socrates, Aristotle, and Plato. The questions these Greek philosophers asked are the same questions Marx and Engels tried to answer with their philosophies. These are things I didn’t learn in my undergraduate studies or high school; I learned them at IWP.

IWP is unique in that it personifies the classical methodology of education. Most schools in the United States follow the progressive model where students aren’t exposed to the material that has shaped Western tradition and build a knowledge base before presenting a position. IWP steeps you in the Western tradition and helps its students understand the Western perspective and where it originates from.

Above: Peter Debbins conducting joint training with the Korean Army.

How did attending IWP change the lenses with which you view the world?

Going to IWP actually solidified my preexisting viewpoint, in that I became more firm in my belief that the Western tradition has done a lot of good for this world.

There are many who say that NATO is an out of date organization. As a Russian subject matter expert, what are your thoughts on the importance of the alliance to U.S. national security?

I think NATO is indispensable to US national security. The issue NATO is dealing with is the resources allocated to it. Our NATO allies in Europe and North America are carrying out an enormous responsibility with a very small military force. Never in human history has such a vast amount of resources and people been defended with such a small allocation of resources.

The question is, do the political structures in Europe and North America have the will to commit the necessary resources? On the professional level, the members of the alliance that I work with are very committed to NATO and its mission. Fundamentally, the Europeans face a choice of committing more resources to their military or to their social welfare system.

It’s a moral dilemma, not between right and wrong, but between two goods. Again, NATO is indispensable to all members of the alliance. NATO must be the idea to strive for; it is the modern equivalent to the Congress of Vienna. It is a force for stability in Europe and the world and should strive to include more countries. 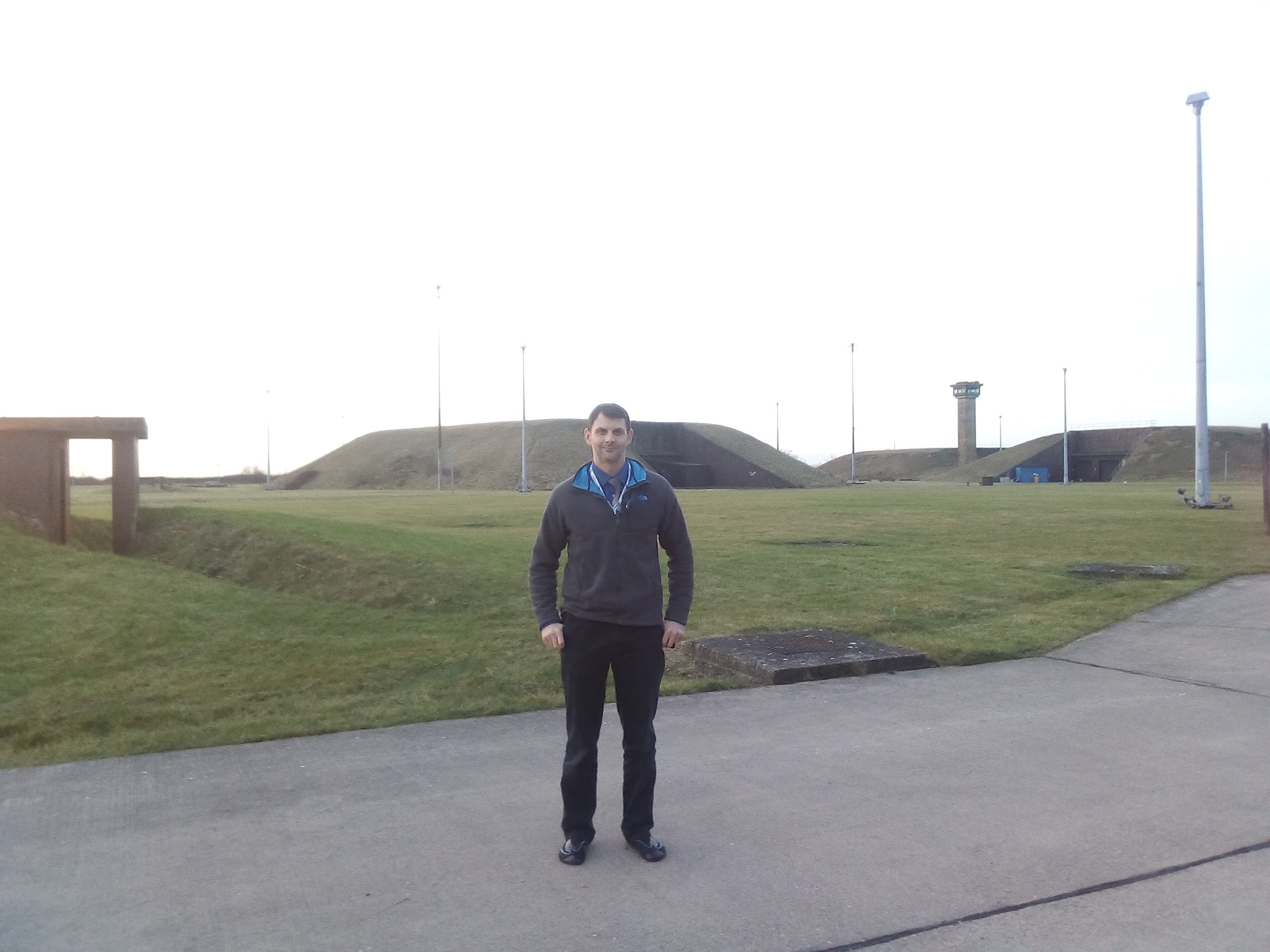 Above: Peter Debbins at Molesworth nuclear bunker in England.

What is a piece of advice you would give to members of the IWP community interested in joining the national security field?

There are two main things. One, be very flexible as to what you want to do professionally. You have to be willing to do anything. I see too many people set on an idea of what their career path will be and it boxes them in from other opportunities. You shouldn’t view any work as below you.

Two, crystallize what your personal brand is going to be. Remember you can’t become an expert at something ephemeral or non-concrete, so always be willing and ready to continue learning. The most successful people I’ve seen are those who develop a niche or brand for themselves.

Above: Peter Debbins discusses the modernization of Russia’s armed forces at IWP.