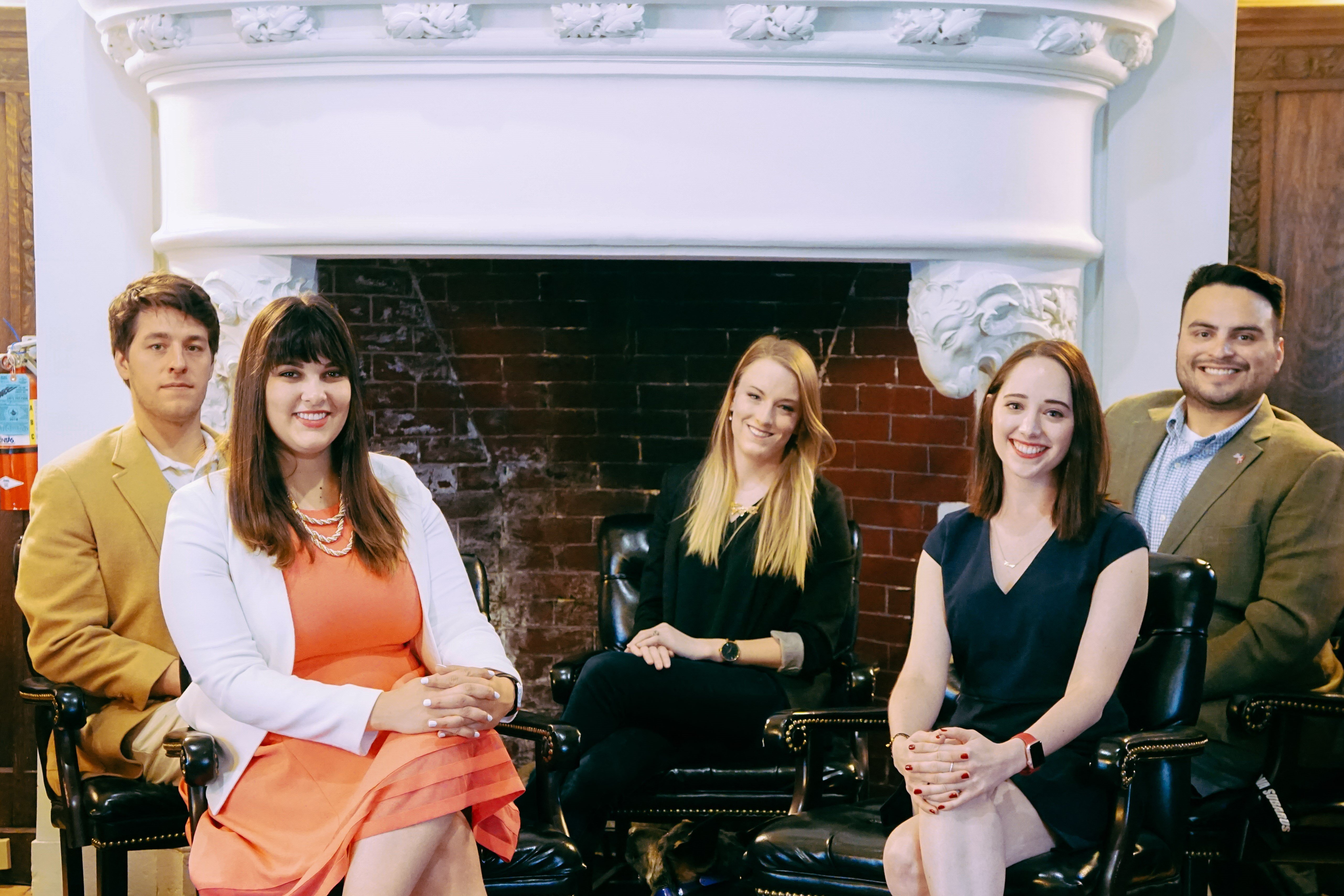 This past spring, the IWP student body elected officers for the 2018-19 Student Government Association Board. The officers began their duties on May 19, and will continue until Commencement on May 18, 2019. 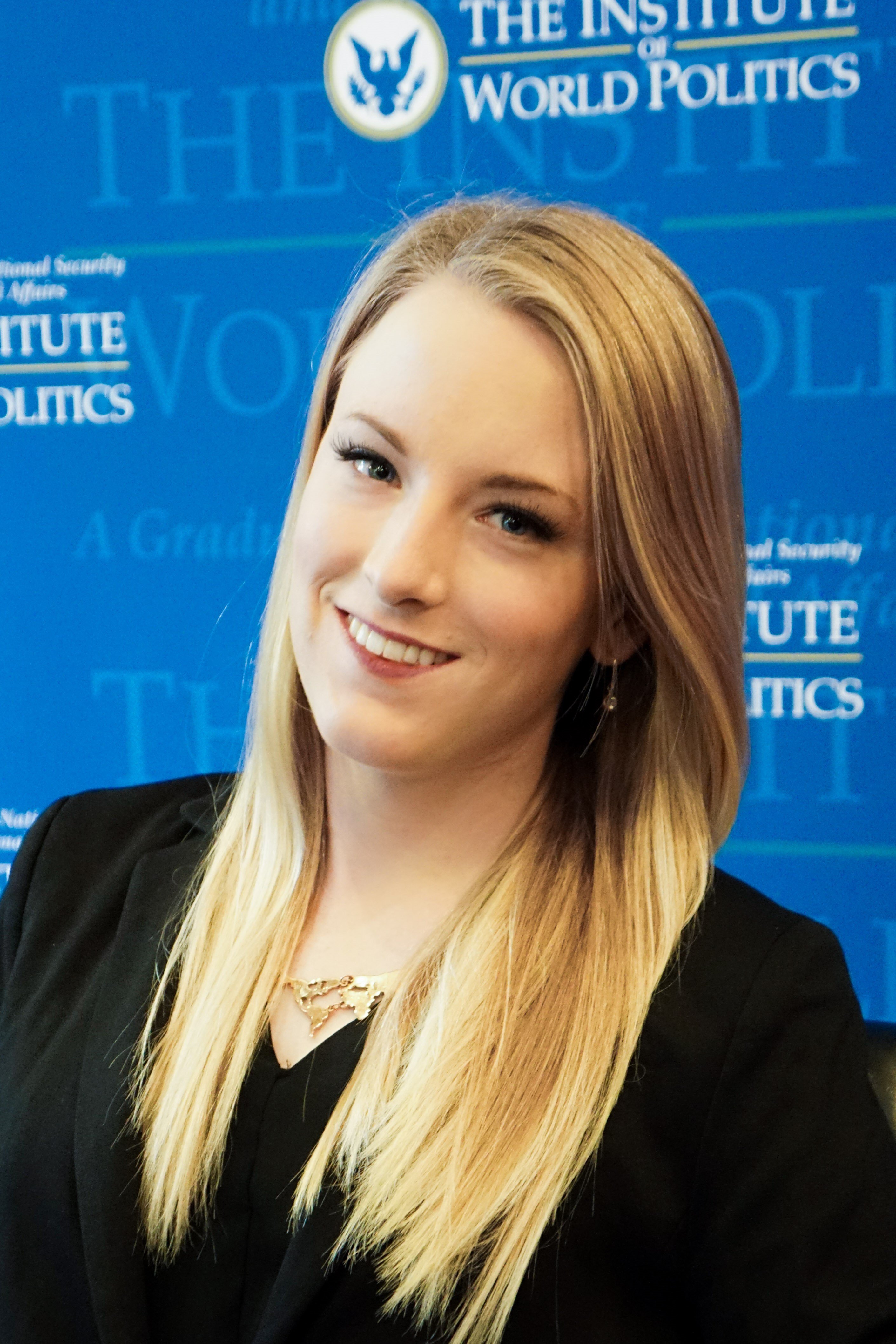 Originally, Hanna is from the small, artistic town of Denton, Texas where she majored in Psychology at the University of North Texas while focusing on cross-cultural analysis. She began at IWP as an intern for Dr. Lenczowski in the summer of 2017 and became a Master’s Candidate the following spring. In addition to her graduate studies, Hanna also works in the IWP campus library. 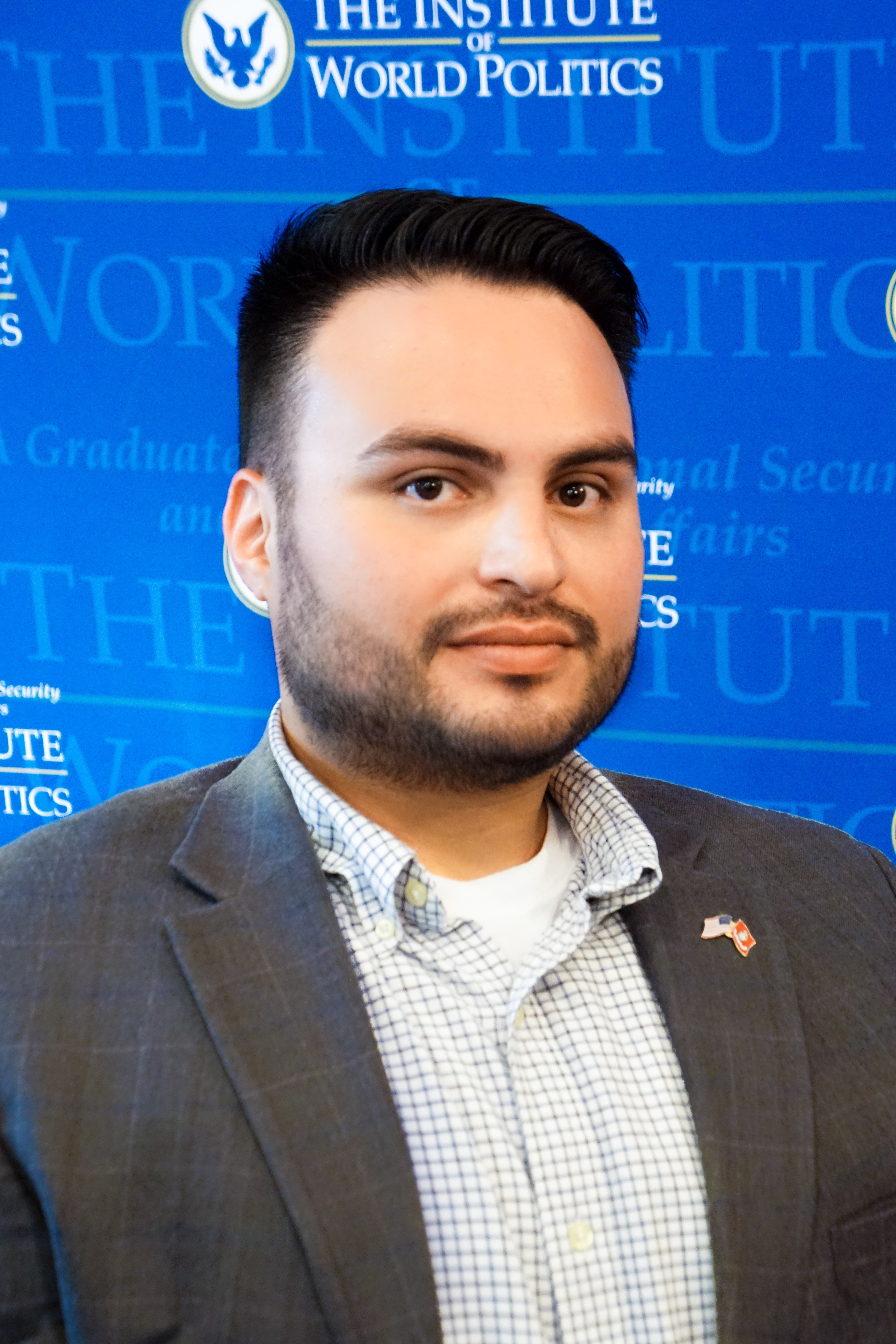 Alex was born in San Diego, CA and grew up in Tijuana, Mexico. He joined the United States Marine Corps right after high school and deployed to Iraq and Afghanistan before being transferred to Arlington, VA to work at Headquarters Marine Corps. After transitioning back to civilian life, he decided to pursue an education which would prepare him for a career in the Intelligence Community. Alex graduated from George Mason University with a BS in Criminology. He is now at IWP to continue his pursuit of a career in national security. 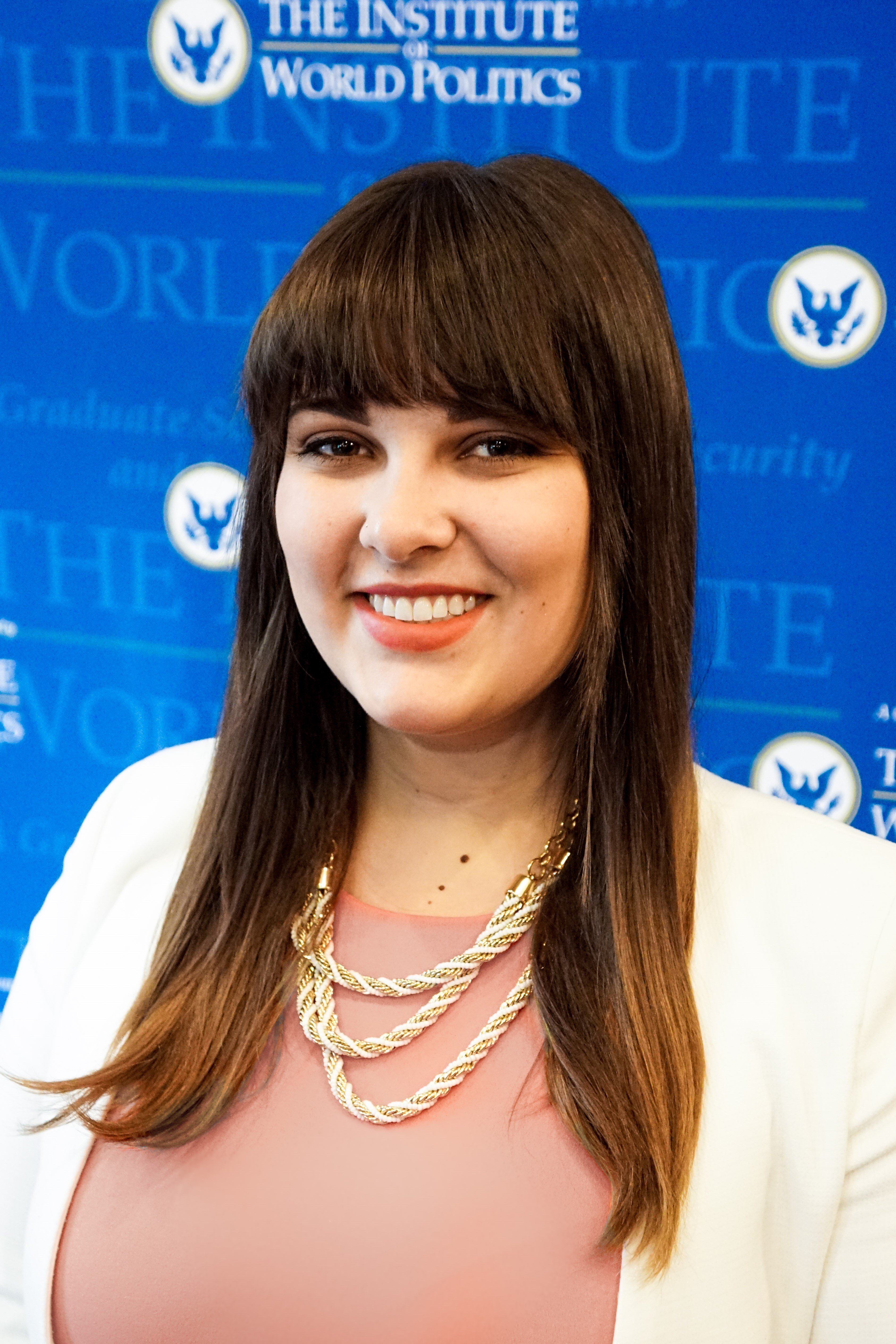 Chelsea is originally from the San Francisco Bay Area. She attended Purdue University, where she majored in Political Science and History with minors in Islamic Studies and Global Studies. She speaks Spanish and is learning Farsi to supplement her studies. She is currently a Master’s Candidate at IWP. 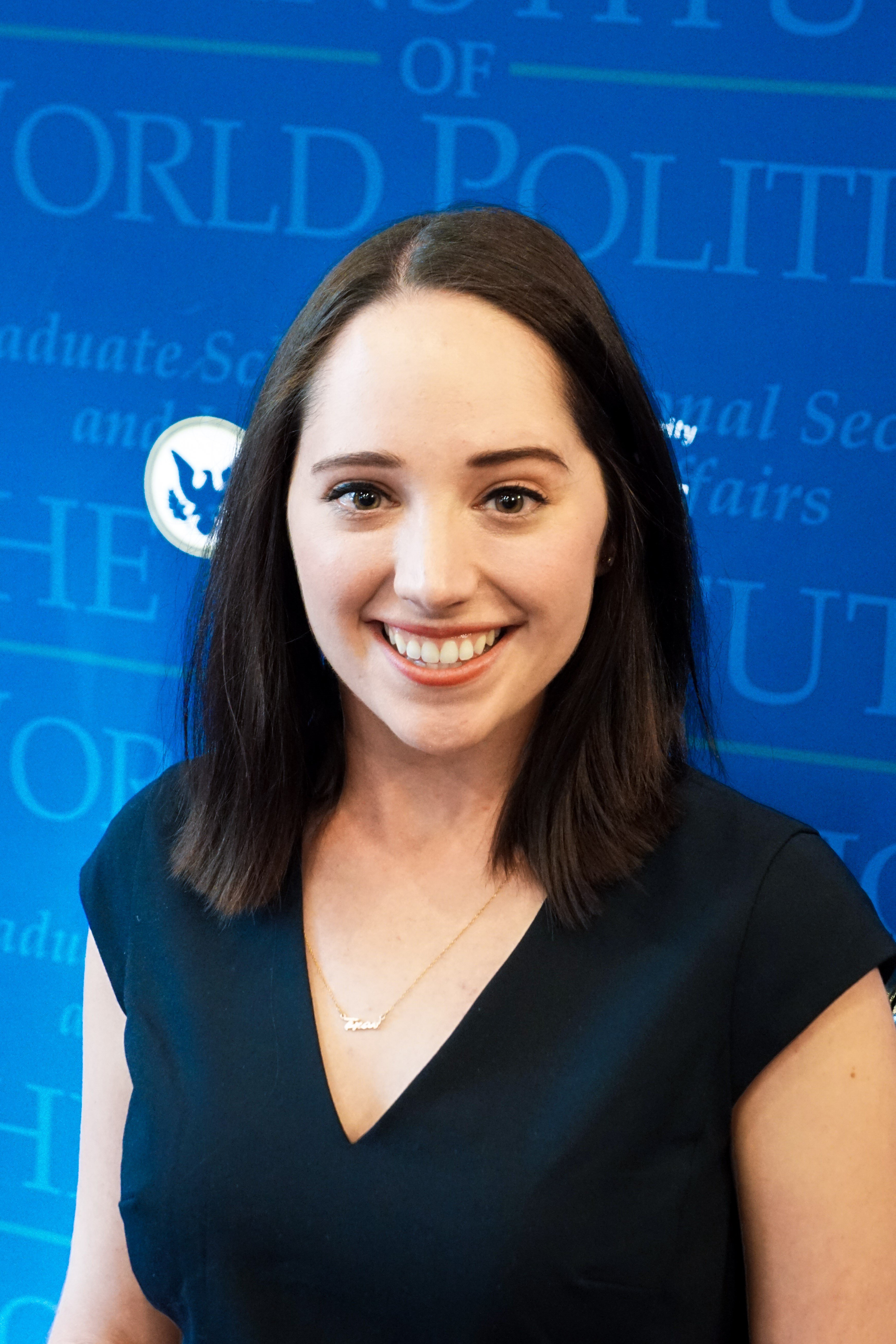 Rachel was born and raised in Texas and went on to receive a Bachelors of Arts in Theatre and minor in French at the University of Alabama. She lived in New York for a while to pursue an acting career, but found that she wanted to turn her focus to furthering her education. She’s currently pursuing a Master’s at IWP and plans to join the Intelligence Community upon graduation. 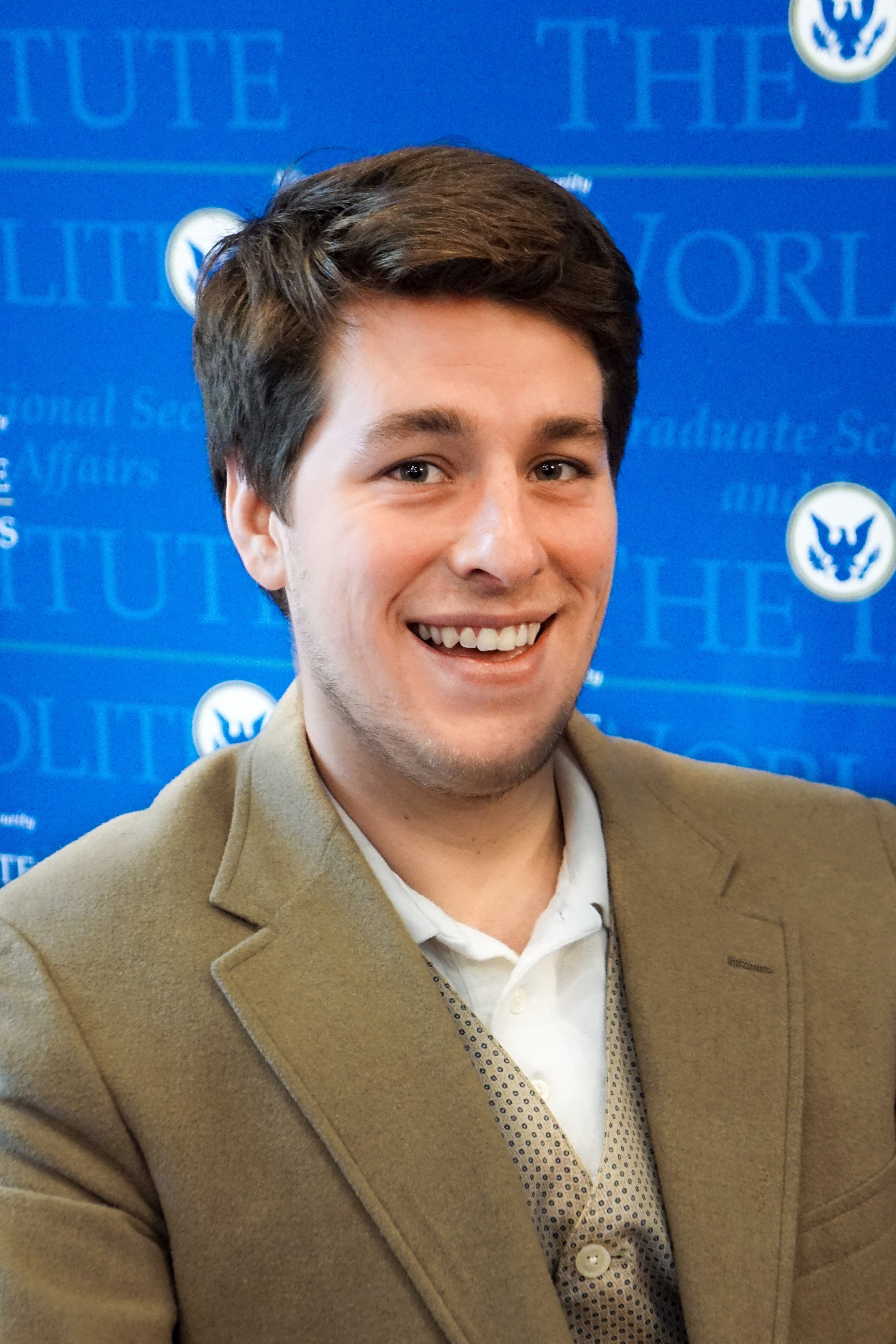 Joey grew up in a suburb of Chicago, Illinois and is the second oldest of five kids. He played water polo for Mercyhurst University, where he also majored in Intelligence Studies with a minor in Business Administration. At IWP, Joey is on track for an M.A. in Statecraft and National Security with a concentration in Intelligence. Outside of tirelessly reading every bit of reading assigned for every class, he enjoys experiencing the city of Washington and all it has to offer. At IWP, Joey has served a brief stint in the Events Office and is also a Student Ambassador. After finishing at IWP, Joey is planning on having a career in the military.