“I have learned that the greatest satisfaction comes from contributing to a higher cause, and I wish to continue to serve our country as a future leader in the federal government.”
– Richard Laszok, IWP class of 2020

In this interview, we speak with Richard Laszok, a first year Master’s student at IWP who attended the United States Merchant Marine Academy at Kings Point, served as a Captain in the U.S. Marine Corps, and is now using the Yellow Ribbon program to attend the Institute.

He shares how he spent a year at sea, trained members of the Afghan National Defense Security Forces, and developed an interest in China that led to a scholarship.

What inspired you to attend the Merchant Marine Academy?

I was in a military family growing up. My dad was in the Army. When it came time to look for colleges, the academies were in my line of sight.

Kings Point is a technical trade school. All of our professors were in the maritime industry. They were leaders in the industry, and they were teaching the next generation.

I thought that the Sea Year program was fascinating. Sea Year has two phases — the first sailing period is four months, and the next is eight months. You did a series of independent study projects, depending on what major you were.

I studied nautical science and logistics and did my sea year on commercial vessels. I learned navigation, cargo loading and offloading, and business management of the vessel. I served as an understudy of the deck officers, captain, first mate, and third mate.

Kings Point advertises that “the world is your campus.” And it’s true. By graduation, I had been to ten different countries and up and down the East and West Coast. They encouraged us to go ashore when we got into port and have different cultural experiences.

I wouldn’t have gone anywhere else. It has been so unique, and since graduating, I have met people around the world who are Kings Pointers. The name holds some weight. I hear that is kind of like IWP in the national security and intelligence community. 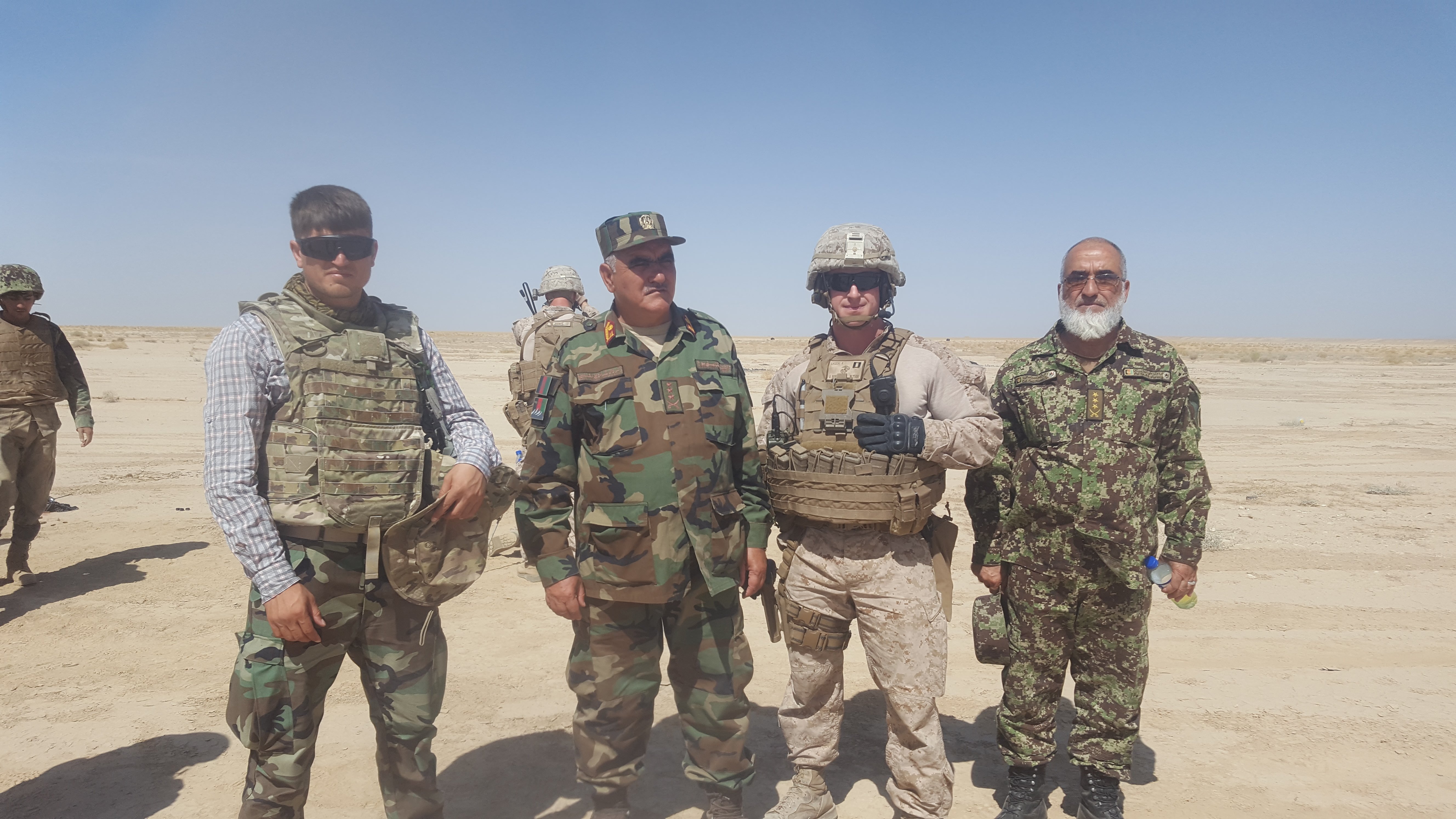 How did you decide to join the U.S. Marine Corps?

Many of my mentors and coaches in high school were Marines, and I naturally drifted towards the Marine Corps to fulfill my obligation for active duty.

What was your most impactful achievement during your service in the Marine Corps?

Helping the 215th Corps Regional Military Training Center become the first all Afghan-led training center.  When my team arrived, there were coalition instructors teaching the majority of the classes. When we left, all the instructors were Afghan.

This was our biggest success.

In addition, we were training entire infantry battalions. In the rest of the country, the training centers would train maybe a company at a time. We trained 672 Afghan soldiers in eight weeks.

They had just come back from the front lines, exhausted and with their gear decimated. For some of them, this was their first time getting a break and getting retrained before going back out on the front lines. We helped with the maintenance, personnel, and readiness to prepare them to be a capable fighting force again.

[An article about Rich’s lessons learned from this experience may be found here.]

How did you decide to attend graduate school?

When my obligation was done with the Marine Corps, I decided that I wanted a little more flexibility in my career path. I attended a quasi-academic Army maneuver course that helped me assess whether I wanted to continue my education or to look for a job. I decided to become a student again.

My interest in national security and my opportunity with the VA and Yellow Ribbon program really helped me make that final shift to continue my education and pursue whatever career I do next.

I am now in IWP’s Master’s degree program in Statecraft and National Security Affairs.

How has your first semester been thus far? Are there any classes you have particularly enjoyed or anything you are learning that seems particularly useful?

It’s been great and I have enjoyed everything!

Based on my time at Kings Point and in the Marine Corps, in every class, I have learned something that I could relate back to my previous experiences. It has either strengthened the knowledge I already had or brought me to an “Aha!” moment when something makes much more sense with a different perspective.

Everything from Dr. Bradley’s emphasis on understanding the importance of culture’s influence on economics and politics to any topic covered by Dr. Chodakiewicz in his course on contemporary politics — I can relate either to having lived it or seen a failure in this area on the ground.

I didn’t study a lot of philosophy before IWP, and getting exposure to this in Western Moral Tradition has been great. What the school pushes out on why that is important — I can echo that.

Please tell us a little about the McGaughey Family Scholarship via the Lint Center. What inspired you to pursue this scholarship and how has it been helpful to you?

I found out about this scholarship from an email over the summer from IWP’s career director Derrick Dortch.

For the scholarship application, I had to write an essay on a foreign policy topic, and a friend recommended to me The Hundred Year Marathon, a book on China by Michael Pillsbury. I read his book and wrote my essay on China. This essay helped me develop an interest in China, and I planned to focus my graduate studies on this region.

I didn’t realize that Dr. Pillsbury was a professor at IWP until I was selecting my courses for the fall.

In addition to financial assistance, the Lint Center scholarship has given me the opportunity to have a mentor with a career in the intelligence community. My mentor is really helping me figure out what I want to do. He has been asking me great questions that I haven’t thought about in depth. It has been great so far.

Scholarship recipients also get a subscription to Stratfor, which has provided great snippets for research papers at IWP. I have used it already for the economics course, and am using it for a paper on China’s Belt and Road Initiative for my contemporary politics course.

[To read more about Rich and this scholarship, please click here.] 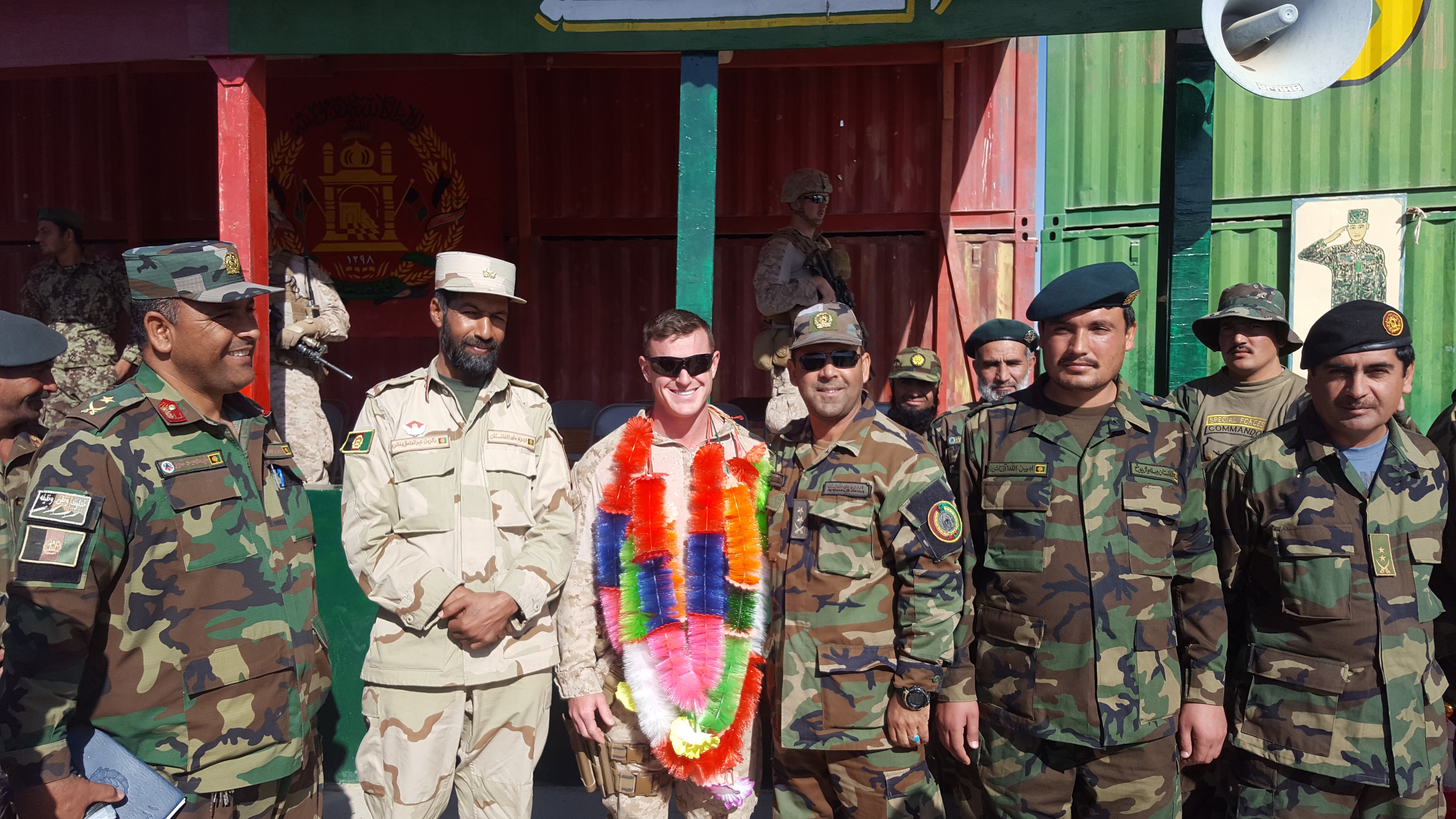