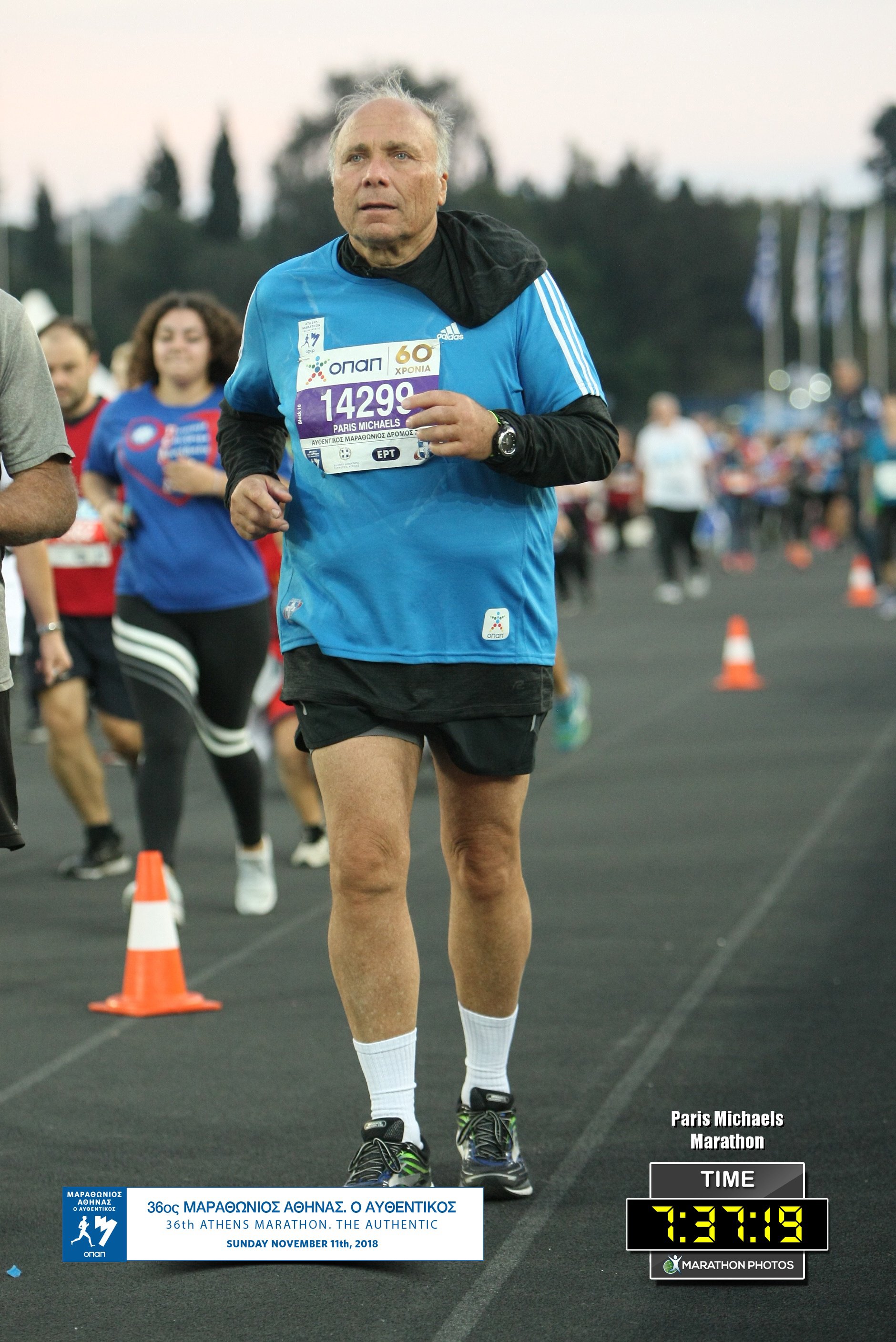 Paris Michaels, a Master’s degree recipient and doctoral student at IWP, recently completed the Athens Marathon. It was the first race that he had ever run.

“My Greek heritage and acceptance into the Doctoral Program at IWP were encouraging incentives for me to participate in the race, especially on a very significant date: Veterans Day (November 11),” commented Paris. “Much of my strength to participate in the race had to do with doing it in commemoration of the birthplace of democracy. Like John Lenczowski’s strong beliefs which gave birth to IWP, I do not take our form of government for granted. Neither did the Greeks of 490 BC.”

Paris pointed to an article about the Athens Marathon by Paul Samaras that described the importance of the Battle of Marathon in terms of allowing the experiment of democracy to continue in Athens. Free men fought for their political freedom and won. “Many of the thoughts, terms and logic this story embody the very mission of our Institute,” said Paris. Indeed, students are trained at IWP to defend our nation’s freedom by using the different arts of statecraft — ultimately allowing us to continue the great American experiment.

Paris, who has achieved other feats, including achieving multiple aviation speed records and climbing Mt. Kilimanjaro in Africa and Mt. Aconcagua in Argentina, had never even run a 5K before this race, much less a marathon with major hills.  “I once walked 26.2 miles, and routinely trained to run 15-17 miles on flat, soft surfaces like the C&O Canal Towpath,” he said.

Nevertheless, Paris noted, “I fared much better than Pheidippides.” Pheidippides was the Greek messenger who originally ran the 26.2 miles from the battlefield at Marathon to Athens to deliver the message that Athens had been victorious and died from exhaustion immediately afterwards. Paris completed the race in 7 hours and 37 minutes, arriving before the gates closed at the finish line.