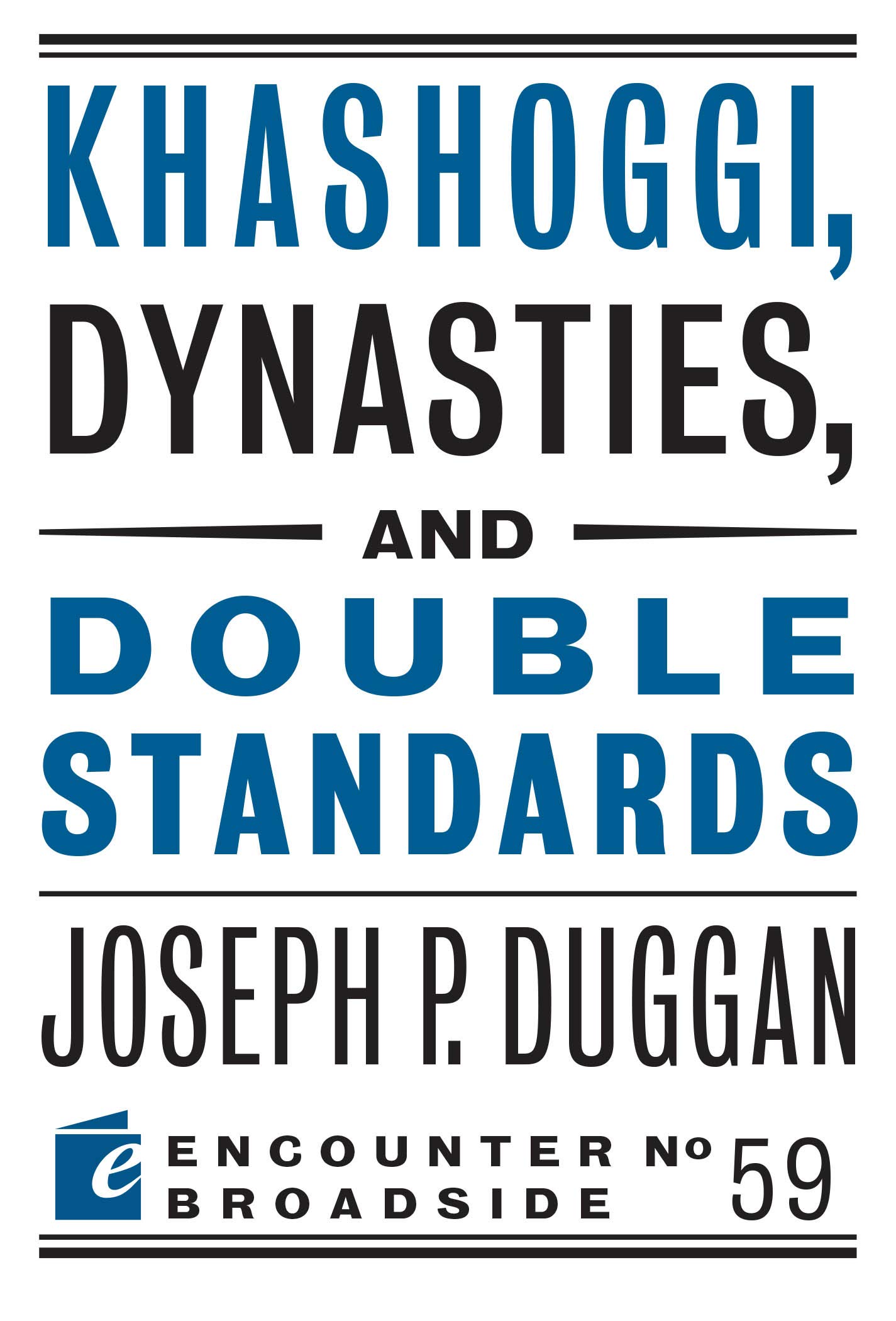 A book entitled Dynasties and Double Standards: Khashoggi, Disinformation, and US Security by IWP alumnus Joseph Duggan (Class of 2007) was recently published by Encounter Books. In this heavily researched account of the October 2, 2018 death of the Saudi dissident and columnist for The Washington Post, Mr. Duggan takes aim at the global response to Mr. Khashoggi’s assassination in a determined effort to separate fact from fiction.

Jamal Khashoggi, Mr. Duggan explains, was not the courageous journalist and martyr for radical reform in Saudi Arabia he is now erroneously remembered to be. Following his assassination, a concerted propaganda campaign was undertaken to portray the member of Saudi Arabia’s wealthy and politically powerful oligarchy inaccurately as an idealized symbol of secular liberalism and reform.

The consequence of this coordinated crusade was an American international security policy held hostage, and deprived of intellectual nourishment by a dense wave of multi-faceted misinformation. In short order, on the basis of these sensationalized and misleading reports from mainstream news channels and print outlets, Crown Prince Mohammed bin Salman was proclaimed to be a savage, and U.S. President Donald Trump was told to break off decades of U.S.-Saudi relations, or else be indicted by the vacuous kangaroo court of “world opinion.”

Refusing to yield to the popularity of the duplicitous mainstream media narrative on these weighty events in U.S. international affairs, Mr. Duggan strips away the falsities and obfuscation that surrounds the Khashoggi assassination and ensuing global witch-hunt and contextualizes it within the confines of both history, and reality.

His book serves as a compelling reminder that truth is sometimes obscured within the confines of an agenda.