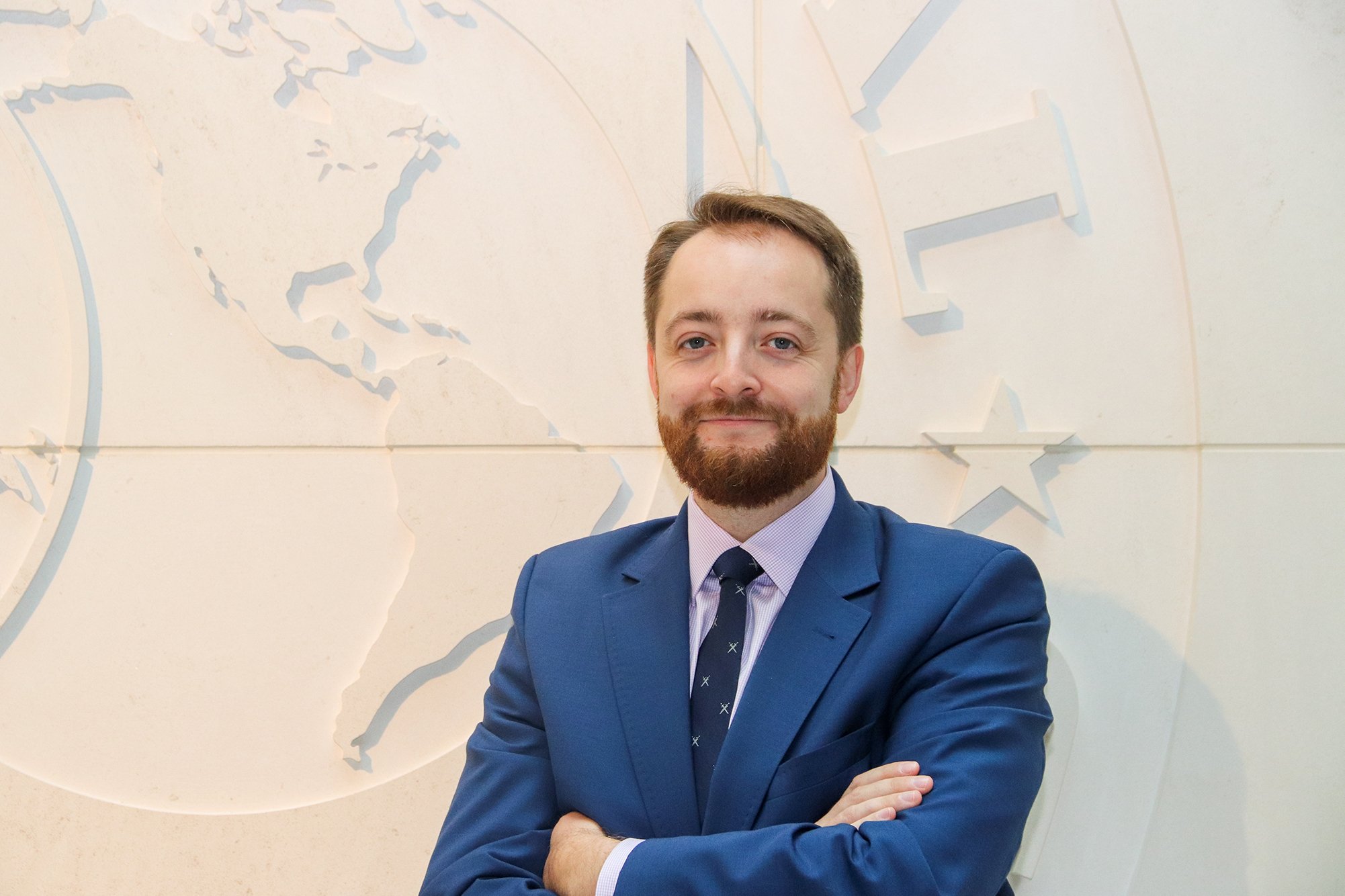 Piotr Trabinski (’18) grew up in Warsaw, Poland. While in Poland, Piotr worked in the finance industry for major foreign companies for seven years, and, during that time, he learned “to always work not only for [himself], but to find a mission that is worth fighting for,” which he names as one of the most impactful lessons he has learned in his career.

In 2011, Piotr graduated with a law degree from Warsaw University, and, before that in 2010, he followed an internship opportunity to the United States. That opportunity was IWP’s internship program. At the time, Piotr was planning to complete his internship and return to Poland. He did not anticipate that IWP would have a degree suited to his career in the private business. He discovered, however, that “the skills that are offered at IWP are even more relevant if you work outside public sector,” and, after a few years of planning, Piotr and his wife moved to the U.S. for him to begin as a Master’s candidate in the summer of 2016.

Piotr completed his Executive Master’s degree in two years while balancing a job with the International Monetary Fund (IMF).  He chose to attend IWP because, he says, “This school is different from any other due to the principles, values, and a kind of approach that is rarely visible these days in public schools.”  During his time at IWP, he found a few classes that were especially outstanding. His first semester, Piotr took Dr. Anne Bradley’s “Economics for Foreign Policy Makers.”

Other classes that Piotr felt made a remarkable impact on his IWP education were Dr. Chodakiewicz’s “Geography and Strategy,” Dr. John Lenczowski’s “International Relations, Statecraft, and Integrated Strategy,” and Amb. Alberto Piedra’s “Western Moral Tradition and World Politics.” Regarding these classes, along with the rest of Piotr’s coursework, he says, “I cannot estimate how much I have changed since coming to IWP…both in understanding the reality of broad aspects and topics, but also in experiencing other countries and people.”

As an international student, Piotr had the unique experience of learning about a new culture while he was earning his degree. Most notably, he said, “What I very much like about the Americans is how humble they are. It is something unique. If you want to be a leader on the global scene, that’s one of the characteristics you have to have.” Piotr’s advice for IWP students is to not skip assigned readings. “My job, right now, is mostly reading and writing all the time… so if you practice this already at IWP, nothing will surprise you in the future.” Additionally, Piotr emphasized that completing course readings helped him to understand further what sets IWP apart from other universities.

Currently, Piotr is working as an Alternate Executive Director in the Swiss-Polish Constituency at the IMF. In this position, he is responsible for co-representing countries that belong to the Constituency: Azerbaijan, Kazakhstan, Kyrgyz Republic, Poland, Serbia, Switzerland, Tajikistan, Turkmenistan, and, recently, Uzbekistan. In his daily tasks, Piotr reviews the IMF’s policies and member states’ economic developments. This role, Piotr remarks, “gives [him] an opportunity to have an outlook on global economy with its vulnerabilities, strengths, and challenges.”

As an alumnus, Piotr has provided generous support to IWP with his time as well as by becoming a member of the Chancellor’s Council, IWP’s donor recognition society. When asked about his decision to give to IWP after his graduation, Piotr said, “My perspective is that…it is a kind of obligation that every alumni has towards its educational institution. As I’ve said before, there are so many things that I learned; I probably will not be able to repay everything that I received from IWP.” For Piotr, his relationship with the school is not solely based on the concept of supply-and-demand. He believes ensuring that IWP’s high quality education continues is a duty every alumni have to the next generation. “It is important to support the school, the school which gave me so much, that educates people in a way, first of all, to give them skills and, second of all, to give them values and a moral compass…We need leaders who are morally prudent [and] leaders who are skillful enough to achieve goals.”