This past spring, IWP students elected officers for the 2019-20 Student Government Association Board. The officers began their duties on May 19, and will continue until Commencement on May 18, 2020. 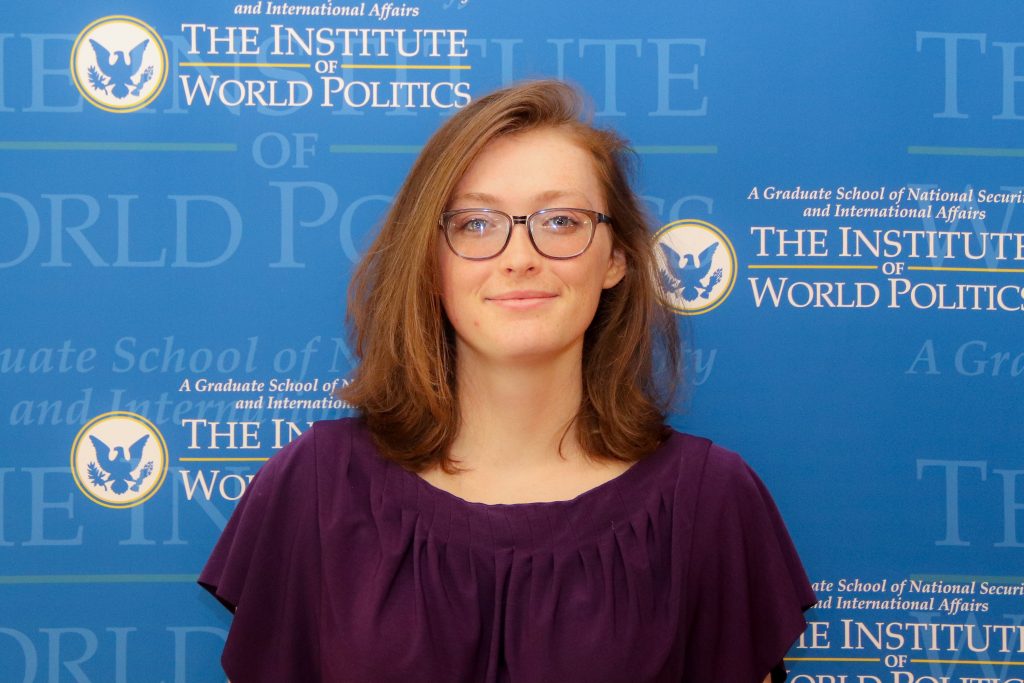 Jennifer was born and raised in Chicago.  She attended Villanova University where she majored in History and Humanities before enrolling at The Institute of World Politics as a Master’s candidate.  In addition to her role as SGA president, Jennifer works as Student Ambassador for the Institute. 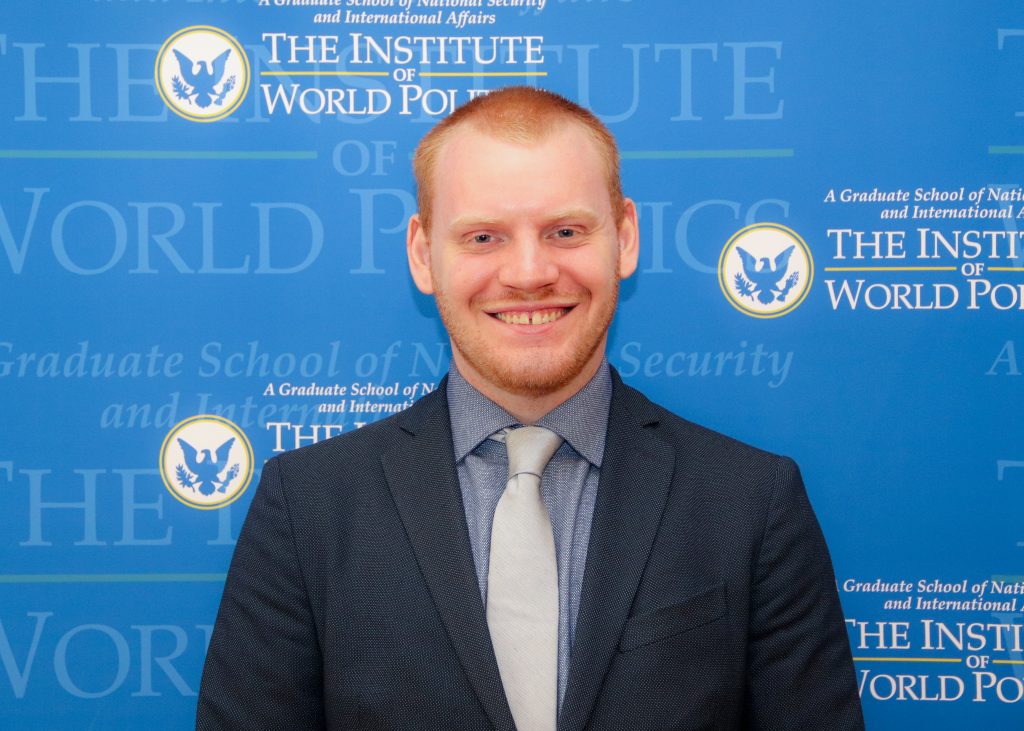 Andrew grew up in rural Wisconsin until moving to Minneapolis, Minnesota to pursue a B.A. in Youth and Family Studies from The University of Northwestern St. Paul, graduating in winter of 2017. He then worked for a year before deciding to pursue a Master’s degree. He moved to Washington D.C. in August of 2018 and enrolled at IWP to pursue a degree in Strategic Intelligence Studies as well as to learn Mandarin. 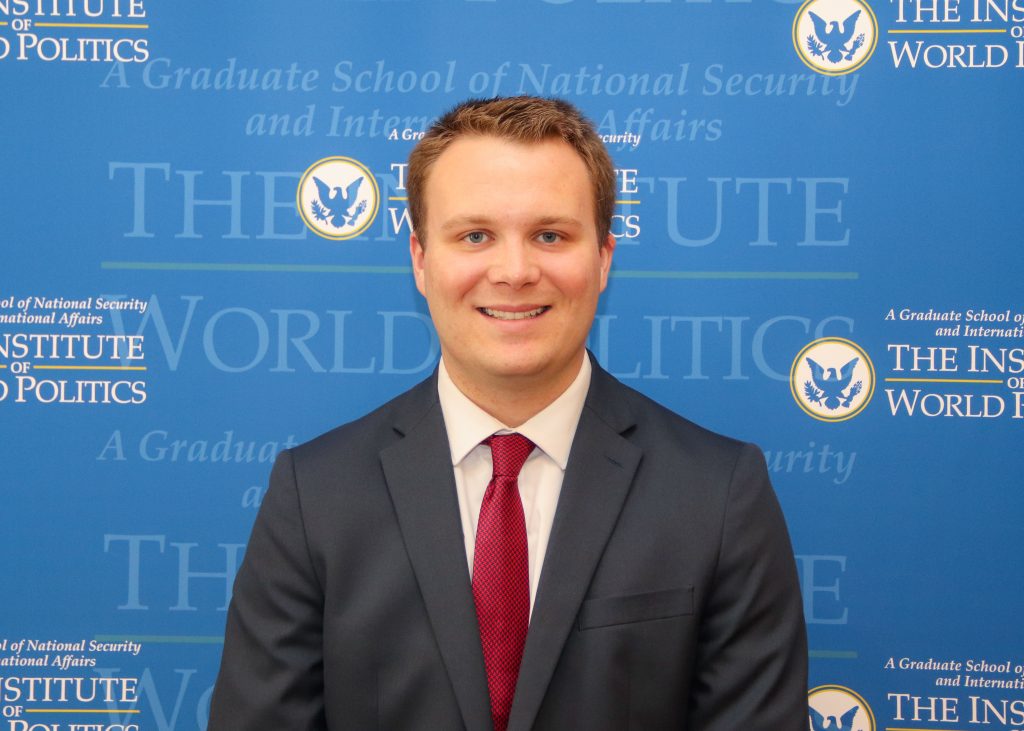 Growing up in Cleveland, Ohio, Troy moved to Erie, Pennsylvania for college and earned his B.A. in Intelligence Studies from Mercyhurst University, graduating in the spring of 2018. He then moved to Washington D.C. in August and enrolled at IWP, where he is pursuing a degree in the Statecraft and National Security Affairs program with a focus on National Security and Defense. Troy is also a student ambassador and has worked two internships, first in fall 2018 with the Political Affairs division of the U.S. Chamber of Commerce and then this past spring with the Legislative and Intergovernmental Affairs Office of the U.S. Department of Commerce. 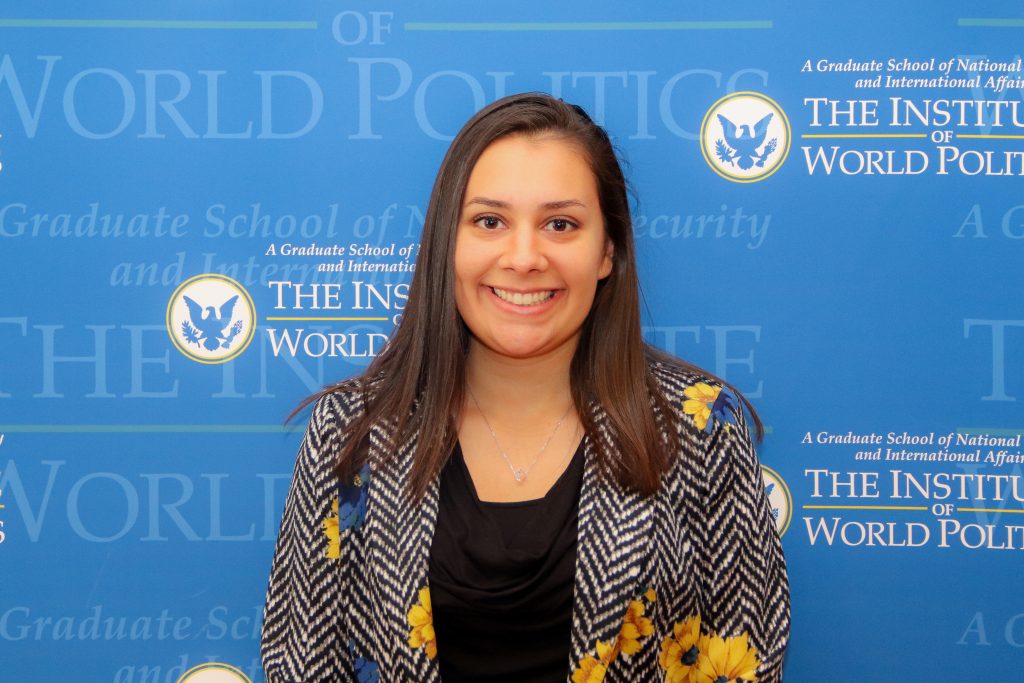 Lyndsay is originally from the Cleveland, Ohio area. She graduated from Mercyhurst University in May 2018 where she majored in Intelligence Studies with minors in Political Science and Spanish. Lyndsay is currently pursuing an M.A. in Strategic Intelligence Studies at IWP and is also a Student Ambassador. She plans to join the Intelligence Community upon graduation from IWP. 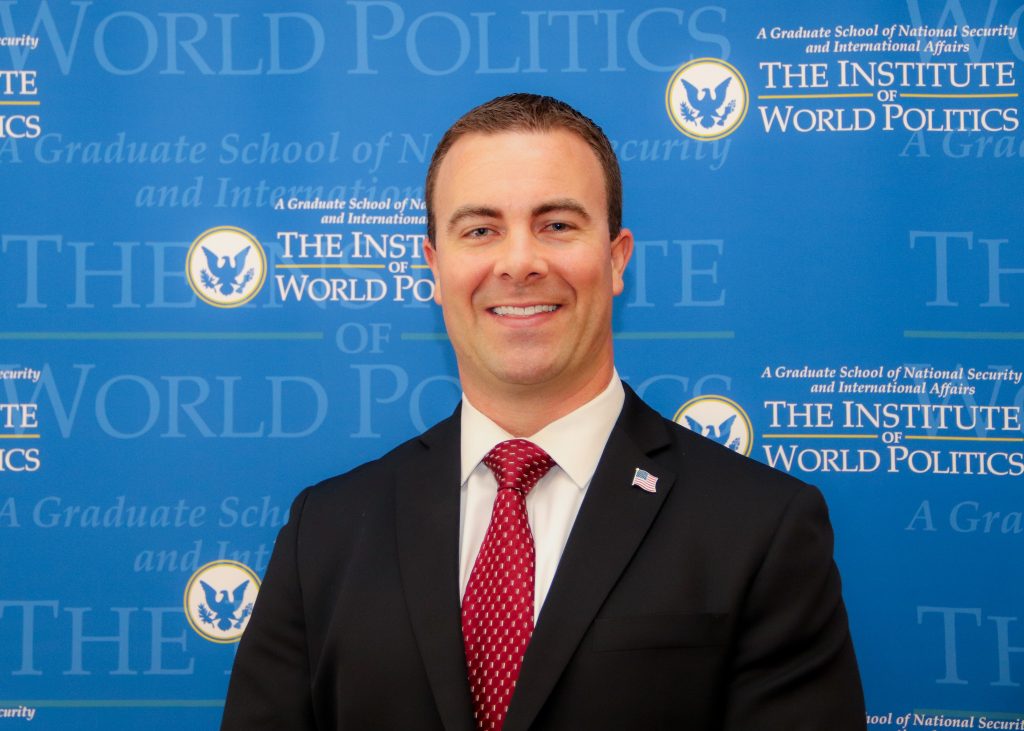 Jared was born and raised in the heart of the Midwest. The eldest of three brothers, he took an avid interest in his studies growing up while also pursuing his passion for competitive athletics and instrumental music. Jared relocated to Southern California to complete his B.A. at the University of San Diego, then went on to begin his career in the business arena, specializing in both business and financial management. Upon discovering his true passions resided not in business but in national security, Jared decided it was time for a change and left the West Coast behind to make a fresh start in Washington, D.C. Jared is currently pursuing his M.A. in Statecraft and National Security Affairs with a specialization in Intelligence from IWP, with plans to join the Intelligence Community upon graduation.