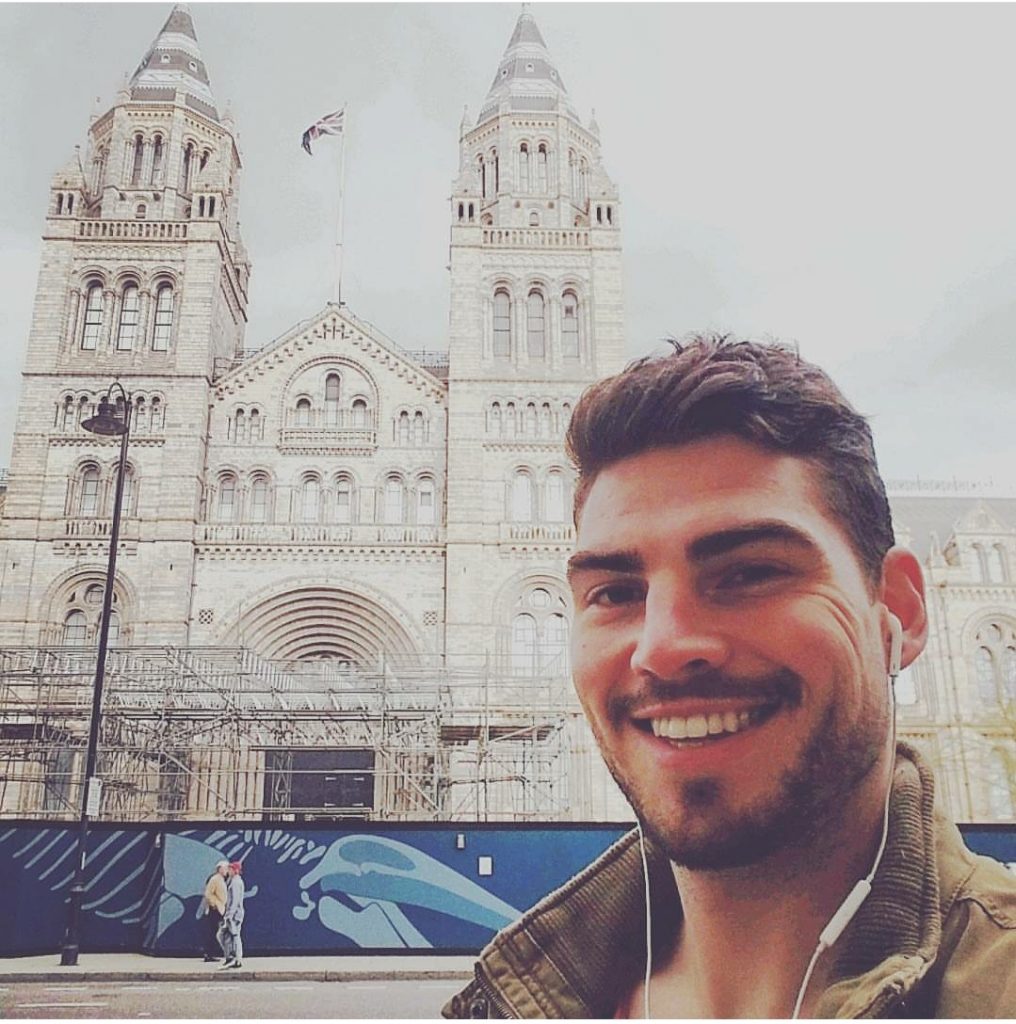 Soon after developing an interest in national security affairs in college and beginning to pursue an M.A. in Statecraft and National Security Affairs at IWP, Caleb Crim (’16) found himself in a job creating intelligence products for the highest levels of government, including the White House, diplomatic officials, defense officials, and other government agencies. This is his story.

Discovering a passion for national security

Caleb spent his high school years in rural Idaho after moving around quite a bit during elementary school. “I was longing to expand my horizons,” remembers Caleb. “I figured getting out of Idaho was a good way to do that.”

He worked hard, got good grades, and was fortunate to be brought up by wonderful parents. He was admitted to Cornell University, where he majored in Government. There, he again took his studies seriously.

“Going into senior year, I didn’t have a specific plan until I took some courses on the Middle East, terrorism, and Islam and theology,” said Caleb. Those courses captured his interest, and Caleb began to research these topics outside of class, developing a personal research blog on terrorism, social media, and how the two intertwine.

He decided he wanted to make a career out of this type of work and started to look for graduate programs that would empower him to do so.

Learning the art of intelligence from professionals

After finding IWP, Caleb decided that this was the school that would support his ambitions.

“So many of the professors are either current or former senior analysts or senior officials with DoD, intelligence agencies, and other parts of government,” commented Caleb. “Although they couldn’t always provide specific examples, the professors were able to use their own careers to guide us. I also liked the practicality of a lot of the courses.”

In one intelligence course at IWP, Caleb predicted the rise of ISIS before its big expansion in Iraq and Syria. After studying ISIS and the situation in the Middle East, Caleb’s intelligence estimate noted that although ISIS was small at the time, the organization had a large grassroots following and a huge social media presence. They were weaponizing social media. Caleb argued in his paper that their expansion was very likely. Soon thereafter, this prediction came to fruition.

“I am very proud of that work,” commented Caleb, “but I never would have thought about producing that kind of intelligence product had I not gone to IWP.”

When applying to jobs in general and in navigating USAJobs specifically, Caleb found that his experience producing intelligence products for class helped fulfill the requirements needed for certain intelligence positions.

He landed a job with Bulletin Intelligence in July of 2014, after working with IWP Career Director Derrick Dortch on his resume and cover letter. “I used a lot of my IWP experience in my cover letter,” said Caleb. “I described the analysis that we did in class and the experience I had writing briefings or term papers.”

Soon after being hired, Caleb was assigned to the company’s contract to brief the White House – one of the first briefings that the company was (and still is) producing. In addition, he worked on briefings for diplomatic officials, defense officials, and other government entities.

Caleb’s day-to-day work involved searching and collecting intelligence from media outlets, online videos, blogs, and other online sources; analyzing it; and writing up daily briefings that were fair and objective. He would analyze what media and journalists were saying about policies that are being enacted, and he would present a broad overview of their opinions while refraining from giving his own.

He would incorporate lessons learned from IWP, including to avoid any bias – even accidental bias – when working on a specific story. He would always think through whether he was being objective, and how he could make his product more objective. In addition, his classes at IWP prepared him to discern what is important and not important when providing a client with an intelligence product. The product must be succinct.

These briefings are produced daily, 365 days a year. “We work holidays and have an overnight schedule. Those are the kind of sacrifices that go into it,” commented Caleb. “At the end of the day, it’s worth it because of the clients you are working with. I was dealing with national security officials in government on a day-to-day basis. I felt like I was doing something very important, and I was proud of our work.”

Caleb did government-related briefings from 2015-2017, producing intelligence products for both the Obama and Trump administrations.  It was during Caleb’s tenure that his company’s contract was renewed under the Trump administration – a very different administration from Obama’s. “One of the biggest lessons I learned at IWP was that, although you need to understand your client, you must create an objective intelligence product,” said Caleb. “I am proud that we continued to provide the same quality of briefing through different administrations – the fact that we were able to keep the clients speaks to the objectivity and the quality of the briefings we produce.”

After being acquired by Cision, Bulletin Intelligence began to expand quickly. When Caleb started there in 2014, there were about 50 analysts, and now the company has around 150. The number of briefings continues to expand significantly, along with expanded responsibilities for analysts across the board.

In this transition, Caleb was selected as a manager: “It has been an awesome experience.”

He had a bit of a learning curve at the beginning. Analysts go through many of the same processes each day, with different subject matter. As a manager, Caleb found that his day to day work changed depending on what was happening with his team of analysts.

“I had to learn to trust the analysts to make the right decisions,” said Caleb. “A lot of that comes from constant training and retraining, including on best practices. One of the biggest things I have done since becoming a manager is making sure that my analysts are producing the same level of work that I was when I was promoted.”

At the moment, Caleb is overseeing 15 analysts who are producing work for some of the world’s biggest tech companies, including multiple Fortune 100 companies. All of their clients are Fortune 500 companies.

“Honestly, I do miss working on national security issues,” said Caleb. “I am also pumped about the ability to write about new tech, 5G, machine learning, etc. Those things are very important, and there is a lot of crossover on these issues with national security. Just this week, the Senate issued a proposal for over a billion dollars in funds to find an alternative to China’s Huawei 5G network.”

Traveling the world and looking to the future

While the hours can be grueling, Caleb’s job allows him to work remotely, and he has been taking full advantage. Since starting at Bulletin, Caleb has traveled to five continents and had worked abroad for two or three months each year.

Looking back on the IWP education

Asked what he would share with those considering IWP’s graduate programs, Caleb commented: “If you are looking for practical experience in an education setting, IWP is the best option. You are getting officials who are currently working or were working in intelligence agencies, the State Department, and other government agencies who have practical experience. They can go in-depth with you in office hours because it is such a small school. There is personal rapport between professors and students. If you are looking for a focused education in intelligence, statecraft, and diplomacy, and if you want to feel like your professors care about you individually, IWP is your best bet.”