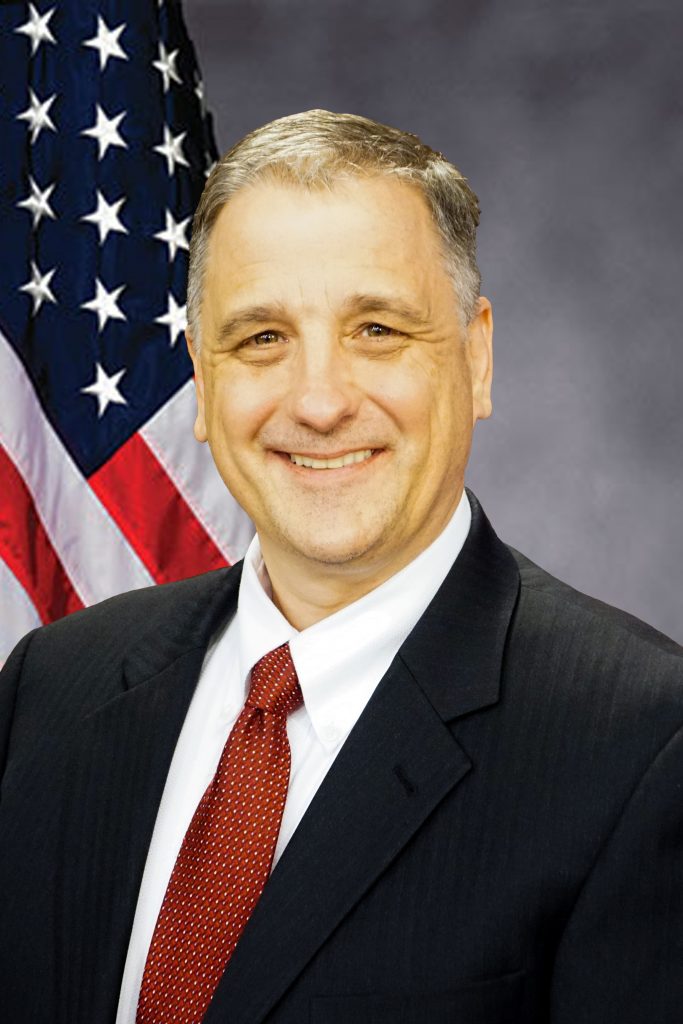 In this interview, we speak with Curt Klun, a Senior Policy Analyst at the Department of Justice (DOJ) and a candidate for IWP’s Doctor of Statecraft and National Security. Curt has joined the doctoral program at a key time in his career as he works to formulate an integrated strategic approach to fighting transnational organized crime.

Please tell us about your background and your career serving the Department of Justice.

My twenty-two years with the Federal Government began in 1998 at the U.S. Drug Enforcement Administration (DEA), where I served in Congressional and Public Affairs for a year before transferring to DEA’s Special Operations Division, which coordinates interagency operations to illuminate and investigate drug trafficking organizations.  I served there for 15 years.

In 2013, I was selected to participate in DOJ’s leadership development and succession program – the Leadership Excellence and Achievement Program (LEAP), which included a six-month assignment outside one’s agency.  At the time, President Obama had elevated transnational organized crime (TOC) to a national security threat through his 2011 Strategy to Combat Transnational Organized Crime because of its direct threat to the United States and TOC’s confluence with malign state actors and terrorism.  I was trying to figure out who in the Department was implementing this new mandate, and I interviewed people in the Criminal Division and then at the Executive Office of the Organized Crime Drug Enforcement Task Forces (OCDETF), where I ultimately started my detail.

My six months turned into a year, and then year-and-half before I applied for and accepted a promotional transfer to OCDETF in 2014.  Throughout my Federal career, I have been an advocate for and leader in improving interagency cooperation and information sharing to address network threats, which is at the heart of the OCDETF mission.

In 2017, President Trump signed Executive Order 13773 that put the structures and intent in President Obama’s strategy on steroids. This was truly a significant milestone for how the U.S. goes after transnational organized crime:

It’s one of the reasons I wanted to go after a doctorate at IWP.

How did you learn about IWP?

I hold a bachelor’s from McGill University and two Master’s degrees – a Master of Public Administration with honors from George Mason University and a Master of Military Studies from the Marine Corps Command and Staff College, where I am a distinguished graduate.

I learned about IWP from Dr. Douglas Streusand, who was one of my professors at the Marine Corps Command and Staff College, and he is an adjunct at IWP.  I attended some of the IWP lectures, became friends with a few more professors, and was keen on studying there.  Because I had two Master’s degrees already, I waited for the doctoral program to be created.

When I heard that it started, I applied. It couldn’t have been at a better time.

What drove your decision to pursue a doctoral degree in general and to attend IWP?

With President Trump’s new order, we are pioneering a whole new construct, leveraging the existing mechanisms to counter TOC. I wanted to deeply understand – what are those instruments of national power, how do we integrate them to address networked threats, and how do we make sure that the foundational pillars of our country that make us unique and function so well are strengthened, protected, and not undermined by what we are doing?

Our Founding Fathers were concerned about getting the balance right between having an “energetic” federal government, while ensuring that the centralized power could not be turned on its people. I want to continue that endeavor by building something that is agile and effective yet protects the Constitution, civil rights, civil liberties, and the rule of law.

Getting into the doctoral level coursework and understanding why American institutions work will help me be an influencer for the good.

Ultimately, I have two reasons for pursuing a doctorate:

What about IWP’s doctoral program stands out in comparison to other universities?

The most appealing things about IWP are the faculty and curriculum.

The curriculum allows you to integrate all instruments of national power in hopes that we don’t have to use the instruments of war to maintain our country, our values, and our prosperity. That curriculum set and intent are unique. I couldn’t find it anywhere else.

Furthermore, IWP is an applied doctorate, and not an academic doctorate, where you are focused on research. I am looking to apply my knowledge, rather than develop theory.  The faculty, because they have academic credentials and real-world federal service, makes it possible to have a perspective of practice. When I talk about issues in the federal system, my professors understand where I am coming from. We have conversations that are much different from those, who are solely theoretical scholars.

I am looking to apply my knowledge, rather than develop theory… When I talk about issues in the federal system, my professors understand where I am coming from.

What are you specifically studying within the doctoral program? Are you focusing any of your papers on any particular theme?

Right now, I am still in the first third of my degree, looking at the Principles of Statecraft and Strategy. This term I am taking Principles of Strategy with Dean Marlo and Economic Statecraft and Conflict with Professor Glancy. I will be starting my first large paper this summer, to be completed in the fall.

There is a silver thread going through all my papers: An examination of the “Tower” and the “Square,” which are constructs from Niall Ferguson’s book by the same name.  The “Tower” is the hierarchy and our traditional structure for these values, and the “Square” is the network that is challenging the power (e.g. criminals, terrorists, and threatening political constructs).  I am looking at that relationship, examining how the tower can best maintain its legitimacy as it addresses quickly changing network threats. I am looking at this question from the angles of all the instruments of statecraft and how they integrate into strategy building.

There are two angles:

What about IWP’s doctoral program do you think can support your career? Have your classes already been helpful?

Because I didn’t have an master’s degree from IWP, I just finished up my last prerequisite on Intelligence and Policy with Professor Thomas, where we learned the capabilities, authorities, and limitations of the Intelligence Community, and we looked at the vital intersection between the Intelligence Community and policymakers to prevent politicization of intelligence and factors that will maximize decision making. I also studied under Dr. Wood in American Founding Principles and International Politics, which was my first doctoral-level course and is a follow-on course to his Western Moral Tradition and World Politics, and Dr. Muravchik for Beliefs and Ideas in International Politics.  These foundational concepts are tremendous, for I now know what is the thing I am trying to protect – the ideas and values that are in competition with them – and why the inefficiencies that are built into our system exist and can be leveraged to advantage.

I have been able to apply both of these courses into what I am doing right now. It has helped me to consider the tensions of balance of power and to be able to talk with the IC and understand their capabilities and constraints. It also allowed me to think about and articulate problems and approaches that I wouldn’t have been able to bring up before, for instance, the use of counterintelligence against transnational organized crime. How the adversary is using it against us, and how do we counter it? I hadn’t considered this before.

How are you balancing this degree with your work and family life?

I do have a family that is being impacted by taking this degree. When my bride and I were talking about this, we sought ways to integrate the education with our family. My son – My “Study Buddy” –  and I study together on the weekends.  They are also seeing a dad, who values education, and I am hoping that by them seeing me struggle and ultimately achieve, they will be inspired to do the same throughout their lives.

Why should prospective students pursue the doctoral program at IWP and education at IWP in general?

One of the critical things is that it is a practical degree – it’s an applied degree. If you want to have an impact, and if you want to apply what you are learning, no other program that I’ve seen in this field has that. The other programs are predominantly theory.

The other aspect of IWP is to inspire leaders – people who want to serve our country, do it well, and continue to carry the torch that won the Cold War into the future. IWP has a calling of quality to understand our founding principles and ideals and the Western moral tradition. Dr. Lenczowski uses the vision of a symphony of bringing all instruments of national power into one work of art towards our national security, so we don’t have to use war to meet our needs.

It has been the most challenging academic program I have done so far.

The doctoral level takes the master’s level and brings it one step further to understand the “why.” It has been the most challenging academic program I have done so far. I have been at some very serious schools. This is by far I’m finding the most challenging.

Do you have any final thoughts?

The IWP mission is a unique one. It is sorely needed. IWP will help our country and future generations.

Note:  This interview was conducted in Mr. Klun’s personal capacity. The opinions expressed in this article are Mr. Klun’s own and do not reflect the views nor serve as an endorsement by the United States government.