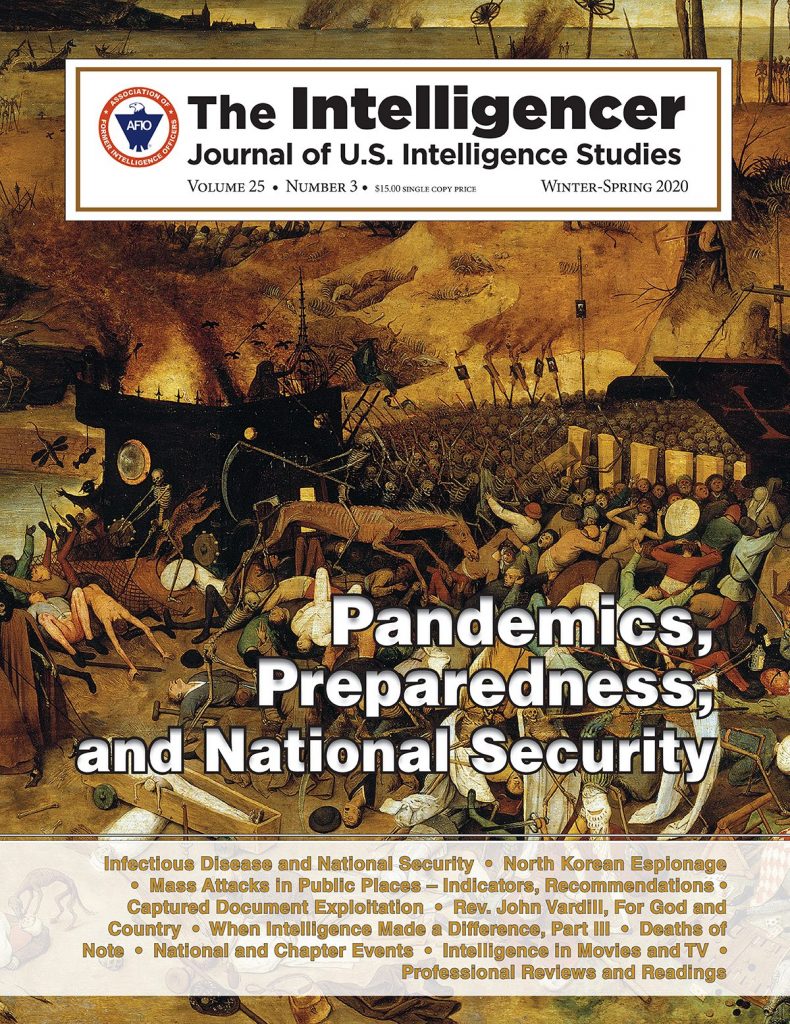 IWP Doctoral candidate Amanda Won has recently written an article entitled “The Theory and Practice of North Korean Espionage,” which was published in the Winter/Spring 2020 edition of The Intelligencer: Journal of U.S. Intelligence Studies. She originally wrote this paper for her course on counterintelligence with Dr. David Thomas.

The Intelligencer is published by the Association of Former Intelligence Officers (AFIO).  To order a copy, please visit afio.com.

At IWP, Amanda gave a public lecture on “North Korea: Understanding and Exploiting the Most Reclusive Human Intelligence Target” in 2018. In 2019, she organized a two-day event entitled “Lessons Learned: The Inter-Korean Dialogue and The Hanoi Summit” with several high-ranking South Korean officials and Asia experts.