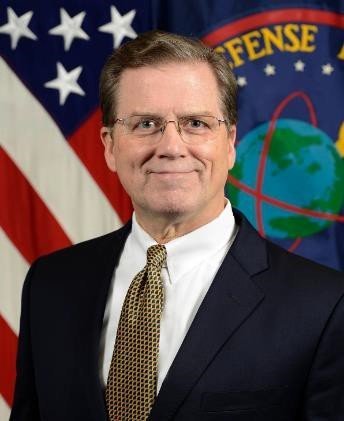 Jim Noone retired this past spring after serving for about 40 years in the federal government – eight with the Navy, and about 33 with the Defense Intelligence Agency (DIA). In the mid-1990s, he took several classes at IWP which influenced the way he analyzed intelligence and propelled him towards the DIA’s Senior Executive Service.

From the U.S. Navy to DIA

Jim’s career revolved around serving our country. From a young age, he loved learning about history – the crusades, the American Revolution, the Civil War, and more. He majored in international economics when he attended Georgetown University’s School of Foreign Service and began working at Chase Manhattan Bank in New York City. But, he was eager to do something more meaningful while seeing the world.

He decided to join the U.S. Navy as an intelligence officer. His father, who was an Army corporal in World War II, couldn’t have been prouder.  His mother was quite concerned about Jim’s decision to leave the bank — but, no worries, he had entered into a fascinating career.

After holding several positions within naval intelligence, Jim’s next assignment in the Navy was at National Intelligence University, which was part of DIA. There, he completed the Master of Strategic Intelligence Program and met several DIA analysts who got him assigned to DIA’s Middle East office. He began as a DIA Middle East analyst and later served as the Chief of DIA’s Operational Intelligence Crisis Center during Operations JUST CAUSE (Panama) and DESERT STORM (Iraq), among many other responsibilities.

Jim’s transition to civilian work within DIA was seamless: “I left in uniform on Friday and came back in a suit on Monday.”

After working for about several years as a civilian intelligence analyst at DIA, the government sponsored Jim to come to IWP for continuing education courses.

Of his time at IWP, Jim remembered, “The biggest thing it did for me was broaden my horizons.” At the time, the school was very small, and class sizes were about a dozen people. (Many classes are still this size at IWP.) “Everyone wanted to be there – they were highly motivated,” said Jim. “The instructors had real-world experience.”

One of the courses he took was with Prof. Kenneth deGraffenreid (now a Professor Emeritus at IWP), who had served as Senior Director of Intelligence Programs at the National Security Council. “Because of his experience in government, Prof. deGraffenreid had a very broad view of the Intelligence Community, including the HUMINT side, which I dealt with but had not focused on.”

One day in this class, George Tenet – Deputy Director of the CIA at the time – arrived, bodyguards and all, to give a guest lecture and answer questions. Of Mr. Tenet, Jim remembers, “He was unbelievable. We asked him controversial things, but he did not ‘duck’ any questions. He would explain why a decision was made, and it made sense. Sometimes you wish the IC could give their rationale for doing things, and we had this opportunity in class. He didn’t give away secrets, but we could get inside his mind a bit and look at the issue from his perspective.”

Jim’s course with David Major was especially useful because it focused on counterintelligence and deception. At the time, Jim thought “I was quite good at analysis… but this course changed the way I did analysis and made it more sophisticated.” Before this course, he had not quite absorbed the possibility that other countries might actively try to deceive us through false intelligence. He carried this lesson into his analysis and management at DIA: “Later in my career, I had hundreds of analysts working for me. When I reviewed their product, I would ask – what are your sources? Did you consider that they may be trying to fool you? The brightest and better trained analysts had already factored that in.”

Rising in the ranks at DIA

Of his DIA career, Jim commented, “I loved it every day.” He held a whole host of positions, many of which were in analysis. For seven years, he led the 500+ person Military Infrastructure Office. The analysts there looked at foreign infrastructure systems, including the electric grid, transportation, and telecommunication systems, and would make recommendations to the military on targeting or what needed to be protected. For instance, in 2003 they helped protect the Iraqi oil fields so the Iraqi people would continue to have a source of revenue. Under his leadership, Jim’s team won the DIA Director’s Team Award three times in six years.

From 2007-12, he led DIA’s political and military capabilities for the Greater Middle East, where he supported the efforts in Iraq, Iran, and the Arab Spring. After that, he worked DIA’s entire analytic production for several years as Deputy Director for Analysis.

Jim then left analysis and began working in the Command Element. From 2014-16, he served as Director for Policy Support, where he oversaw DIA’s Defense Intelligence Officers and the agency’s most senior experts, among other responsibilities.

“I didn’t apply for any of these jobs,” said Jim. “They usually just put me in because something needed to be fixed… It was all fascinating.”

His last job was the most unique: he was the Director of International Partner Engagement. In this role, he was the lead for all the foreign defense attachés in Washington, D.C. For three years, he worked closely with them, including taking them on 6 different regional trips to U.S. military bases.  DIA also helped them learn more about the culture of the U.S. The Alaskan trip was the most fascinating: “We even got to release a previously wounded bald eagle back into the wild.”  Now he counts many of these attachés as personal friends.

During his civilian career, he received numerous awards, including four National Intelligence Meritorious Unit Citations, five DIA Director’s Unit Awards, the DIA Civilian Expeditionary Medal, and the National Intelligence Superior Service medal, the highest award in the U.S. intelligence community. After over four decades of service and after visiting 43 countries (most trips paid for by the Government), Jim retired from DIA this spring on a Friday.

A future in the private sector

Characteristically, he began a new job on the following Monday. He is now working with Global Dimensions, LLC which provides linguists, intelligence professionals, and IT support to the U.S. Government.  He is trying to help the company expand into new areas. “I was nervous about leaving government because DIA was so fulfilling,” said Jim. “However, I am really enjoying this job. Once again, the people are very dedicated and nice to work with.”

Meanwhile, he rests assured that DIA is in good hands: “I retire leaving unbelievably talented people to take over.” 22 of his former employees or mentees are now in the Senior Executive Service (SES). He predicts that at least another dozen will also make it to the SES eventually.

On his bucket list is to return to IWP for one more course. His visits to Turkey and conversations with Turks have made him fascinated with that country.  Dr. Williams appears to have unusual expertise on this subject, so Jim is looking forward to taking his course on Turkey the next time it is offered.

Other Alumni at Work About IWP