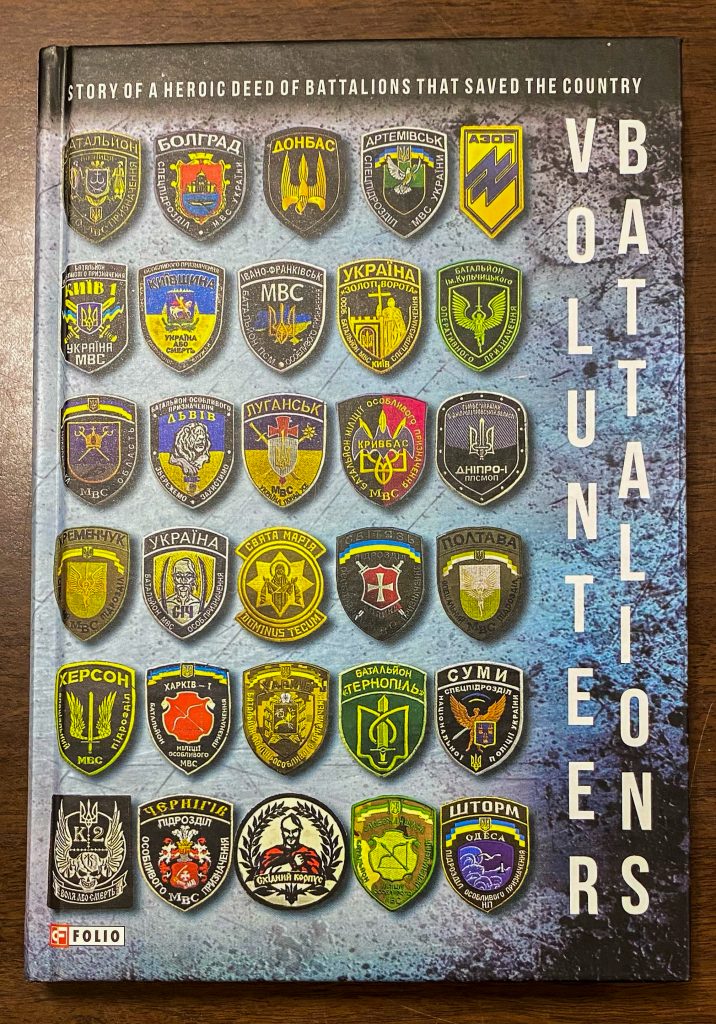 An IWP alumnus who is currently serving as a Diplomatic Security Special Agent at the Embassy of Ukraine graciously donated a book called Dobrobaty or Volunteer Battalions to IWP’s library. This book is translated from Ukrainian to English and is a compilation of stories, files, and other information about the early days of the war in Ukraine, starting with the revolution in Maidan in 2014 and continuing on to the occupations of Crimea and Eastern Ukraine.

This book contains firsthand accounts of soldiers, public figures, politicians, volunteers, and other participants of the war. There are stories from the former Commissioner of the President of Ukraine for the Affairs of the Crimean Tatar People about how Crimea was occupied by the “little green men,” or masked Russian soldiers, during the 2014 crisis.

This book gives students a unique perspective on the conflict in Ukraine and makes available information that was previously only available in Ukrainian. It will be useful for any students who choose to write about the war in Ukraine or the Maidan revolution.

Our alumnus commented: “There are very few books in English that have this type of information and observations from the people who were directly involved in the events. Some of these people went on to become important figures in Ukraine and Ukrainian modern history.”

The Ukrainian version of this book was presented at the Ukrainian Embassy to the United States in 2018 by Arsen Avakov, the Minister of Internal Affairs of Ukraine. English translations of this book are very rare, and IWP may be one of the only libraries to have a copy of it.

Other news from students and alumni