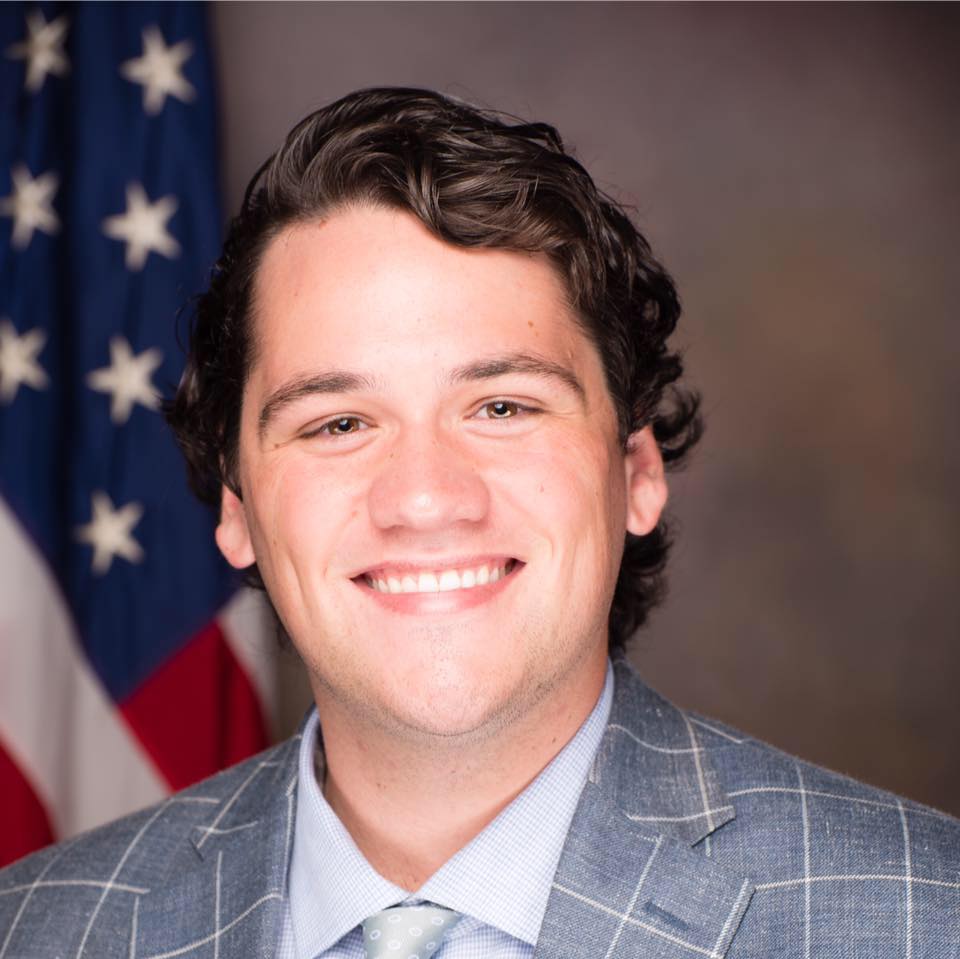 IWP is pleased to announce the first recipient of the new Great Statesman Scholarship program—Philip P. Cave, Jr., a new student at the Institute in spring 2021. Philip has received the President Dwight Eisenhower Scholarship, funded by IWP Trustee and alumnus Michael C. Maibach.

Conceived of by Mr. Maibach, the Great Statesman Scholarship program allows donors to name a scholarship after a statesman of their choice. Scholarship Patrons pledge $10,000 per year for five years to their named scholarships.

Mr. Maibach named the first scholarship for President Dwight Eisenhower, and IWP donors have named three additional scholarships since the creation of the program.

At IWP, Philip is pursuing an M.A. in Statecraft and International Affairs, with a concentration in American Foreign Policy.

He is originally from Raleigh, North Carolina and earned a B.A. in Peace, War, and Defense, with a second major in Global Studies, from the University of North Carolina at Chapel Hill in May 2019. After moving to D.C. within two weeks of graduating, Philip earned a research associate position at a due diligence firm that is based in Silver Spring, Maryland. He has been immersed in the D.C. professional arena since 2017, when he interned at the National Defense University. After interning at the U.S. Senate, Philip had the opportunity to work with Dr. Matthew Daniels on his impactful human rights work at IWP in the summer of 2018.

Philip commented: “My passion for studying international relations began at a young age, and the financial freedom granted by the Great Statesman Scholarship lets me explore the innumerable opportunities for both academic and professional growth that IWP encourages. With these opportunities, I hope to become a great statesman myself.”

Mr. Maibach commented: “Naturally I’m gratified to hear that the first Great Statesman Scholarship (GSS) has been awarded to Philip Cave! I look forward to meeting him soon.”

IWP is grateful to Mr. Maibach for his leadership in creating this program and funding the President Dwight Eisenhower Scholarship. He commented: “We hope to see as many as 10 or 15 new Great Statesman Patrons come forth in 2021!”

IWP is actively seeking new Great Statesman Patrons. America needs future leaders to match the contributions made by those now named to this prestigious new program. IWP educates students for leading roles in the highest levels of our government’s national security and international affairs apparatus, including the FBI, CIA, DNI, the Department of Defense, and the State Department, as well as in the private sector.

If you are interested in creating a new IWP Great Statesman Scholarship and becoming a Patron, please contact John Bergholz at jbergholz@iwp.edu or call (202) 462-2101.

To learn more about other scholarships and fellowships IWP offers, click here.