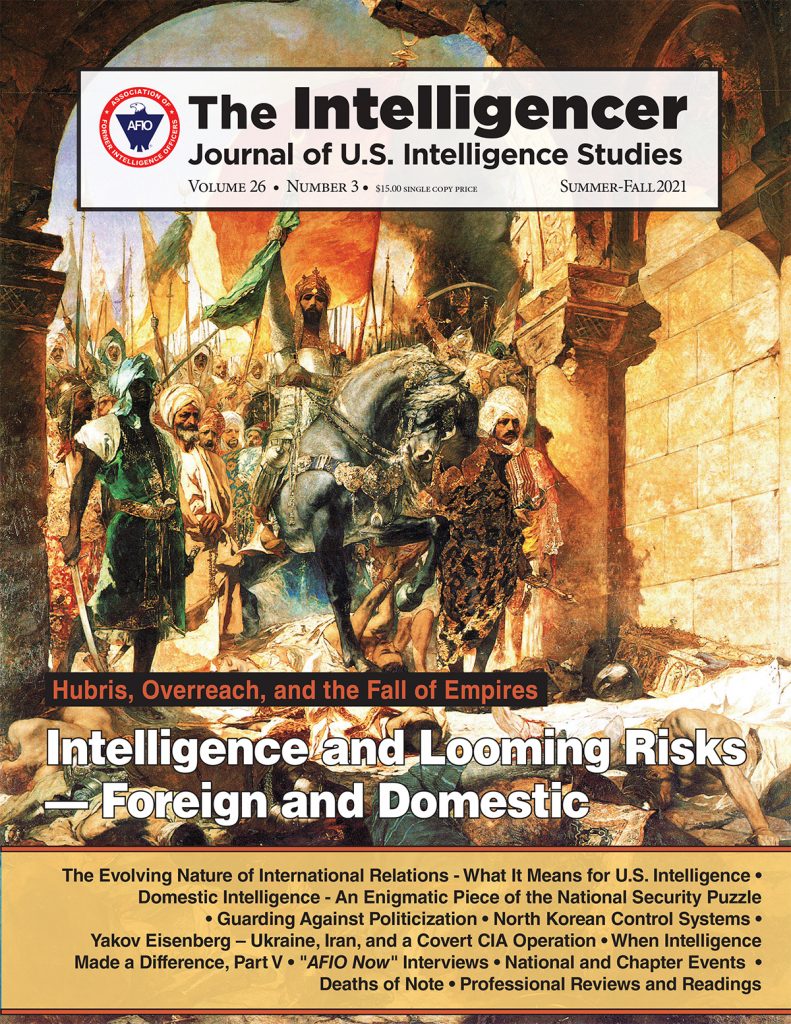 The article appears in Volume 26, Number 3, of the Intelligencer. It was originally written as a paper for Prof. John Sano’s course on North Korea and the Geopolitics of Northeast Asia.

Previously, Amanda had written an article for the Winter/Spring 2020 edition of the Intelligencer (Volume 25, Number 3) on the topic of “The Theory and Practice of North Korean Espionage.”

At IWP, Amanda has founded the Asia Initiative Lecture Series (AILS) to broaden the scope and discussion on a range of intelligence, foreign policy, and security issues attendant to the Asian geopolitical, socio-economic, and cultural spheres of influence.