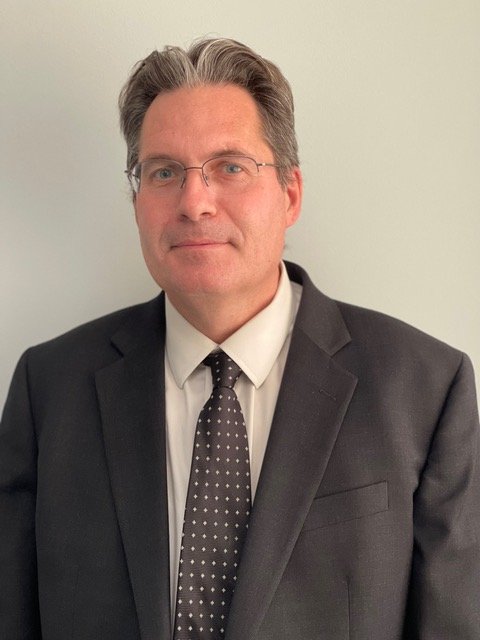 Dr. Enrico Suardi (’19) has been interested in international affairs and national security since his days in medical school back home in Italy. A non-traditional IWP student, Enrico is currently serving as the Chief of Psychiatry at Saint Elizabeths Hospital in Washington, D.C. By taking night classes at IWP, Enrico has pursued his interest in the crossover between psychiatry and national security affairs. As a practitioner himself, he appreciates IWP’s emphasis on practitioner-scholar faculty, as well as the curriculum’s focus on the Western moral tradition, which reminds Enrico of his classical high school education in Italy.

Below, he discusses his experience with IWP.

Please tell us about yourself and your background.

I am a physician and psychiatrist, born and raised in Milan, Italy. I attended medical school in Milan and then completed the mandatory military service as a medical officer in Florence and Padua. Following that, I went on to do a residency in public health and preventive medicine, again in Milan. This gave me the opportunity to do a year in London and get a Master of Sciences in public health and preventive medicine.

I returned to Milan and was an associate chief medical officer in a hospital. At the same time, I prepared to move to the U.S. and have my medical degree recognized as a foreign medical graduate. Once here in the U.S., I did my residency in psychiatry and two fellowships – one in child psychiatry and the other in forensic psychiatry.

I’ve now worked as a psychiatrist in different settings, both public and private. I’ve worked for the D.C. government and in the State Department’s Medical Unit. Currently, I am the Chief of Psychiatry at Saint Elizabeths Hospital in D.C. I also teach post-grad psychiatry residents and fellows. In addition, I have a private practice at the Ross Center where I am director of forensic services.

How did you get into international affairs?

I became interested in international affairs during my medical school years. I was learning English from watching international news on my satellite dish and became interested in global conflicts. During this time, I also became fascinated with the kidnapping and murder of the former Prime Minister of Italy, Aldo Moro in 1978 and the controversies surrounding that historic event. I began browsing a well-stocked military bookshop in Milan and, among other books, I was thrilled to read the autobiography of William Colby, former Director of the CIA, Honorable Men: My Life in the CIA.

Have you found a cross between psychiatry and national security?

I’ve researched the history of the contributions made by the behavioral sciences in national security and law enforcement. I am now focusing on threat assessment and plan to contribute to this multi-disciplinary field.

I have taken political psychology classes, taught by the late Jerrold Post, M.D., a psychiatrist who led the C.I.A. group of profilers of foreign leaders. With him and some of his students, I had the opportunity to present on Bashar al-Assad and on the Aum Shinrikyo sect at a meeting of the International Society of Political Psychology.

I first heard about IWP in an advertisement in a magazine and I was attracted to how unique the school looked, dedicated to national security, intelligence, and international affairs. This was around the time that I became interested in learning about terrorism in a post- 9/11 and anthrax attacks world. I ended up doing my dissertation on bioterrorism preparedness and response in Italy as part of my public health preventive medicine residence.

I liked that IWP had evening classes. I took my first class in 2006 while I was doing my residency in psychiatry in D.C. After my family and I moved around for my fellowships, we settled down in D.C. in 2011, and I returned to IWP to audit a class. It wasn’t until a few years later that I put my mind to it and I enrolled in IWP’s Executive Master of Arts in National Security Affairs.

It is refreshing to me that IWP professors are practitioners. Action is what appeals to me, so to be taught by people who have been part of the action and then are teaching the discipline is something I value.

I also appreciate the flexibility IWP provides, including evening classes and the variety of courses. I loved the mystique of the atmosphere of its main building. Matched with the old-fashioned way of writing exams in blue books, IWP’s education and mission really resonates with how I grew up. There is no better place I could think of for the pursuit of this side interest of mine.

Do you have a favorite memory from your time at IWP?

There are two moments that stand out to me. The first was a directed-study course I did with Dr. Wood on Western Moral and Political Thought. I did my final paper on a chapter from Saint Augustine’s book, Confessions. It really hit home for me. I enjoyed going back to my Italian and Catholic roots.

I also remember a funny moment in Professor Sano’s course, Covert Action and National Security. Professor Sano was asking students to act as the President of the United States while he was acting as his old self as a CIA top executive and advisor to the President. One student was taking on the role of President and interacting with Professor Sano. I usually stayed pretty quiet in class, but in this particular case, I got a little worked up and intervened. Perhaps surprised but interested in my reaction, the professor turned to the other student and said, “I’m going to stop working for you and I’ll work for the doctor.”

More News from Students and Alumni