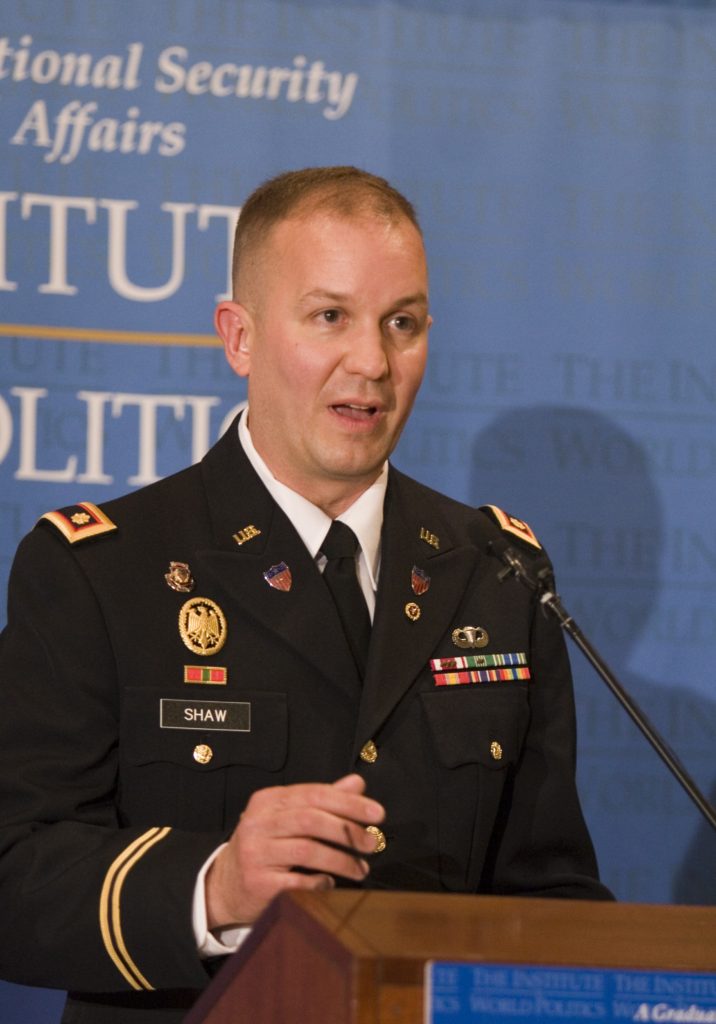 IWP mourns the loss of LTC Derrick Shaw U.S. Army (Ret.), Valedictorian of the Class of 2012, who passed away in December.

Derrick retired from the U.S. Army in 2020 after serving with the U.S. Army Band for many years, including most recently as Deputy Commander of The U.S. Army Band “Pershing’s Own” in Washington, D.C. This position is the second-highest position that he could possibly have attained in his career track in the Army.

At IWP, he studied cultural diplomacy, a little-understood instrument of strategic importance to U.S. foreign policy, and its role in the shaping of foreign attitudes towards the United States. He specialized in public diplomacy and political warfare as part of his M.A. in Statecraft and National Security Affairs. Derrick conducted research and wrote a number of papers on the subjects of U.S. Army Bands in Public Diplomacy, Strategic Communications, MISO/PSYOP, and Nation-Building.

He put his studies into practice in various assignments after graduation, including at the United States Military Academy at West Point and his deployment to the Persian Gulf region. Derrick has led groups in performances for six Presidents, served as Officer-in-Charge for music in the State Funeral for President Ronald Reagan, and directed ensembles in other significant events and broadcasts.

He will be missed. Requiescat in pace.