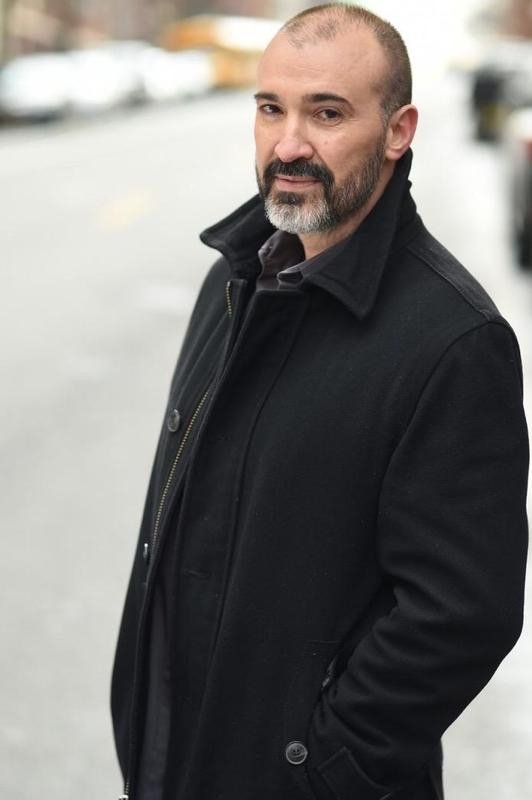 Sebastian Smeureanu, a member of the class of 2022, has recently joined The Institute of World Politics’ staff as Director of Media Development and Production. He comes to IWP with a unique academic and professional background. Below is his story.

From Performing Arts to National Security

Sebastian was born in communist Romania. Realizing the hardships in a communist regime, his parents moved him and his brother to the United States in 1982 when he was twelve years old. Experiencing the fear of living under communism gave him a unique perspective in his decision to pursue a career in national security and international affairs. But he first followed his passion for the performing arts.

Before earning his Master of Arts in Statecraft and National Security Affairs at IWP, he earned his Bachelor’s Degree in Fine Arts in Theater and Dance from Montclair State University. After touring internationally with Pilobolus Dance Theater, he taught at multiple universities, started his own production company, and is an associate director for a tutoring company he and his brother founded. To supplement his multiple roles in management and teaching, Sebastian earned his Master of Business Administration in Accounting from the University of Phoenix and a Professional Degree in Acting from the William Esper Studio in NYC.

Sebastian loves what he does in the performing arts, but he began to realize that he was losing touch with world affairs. He also started witnessing politicization and fear of open discussion within the field. When asked why he became interested in national security and international affairs, he said:

“The thing that concerned me was that I saw certain trends, even in how my students approached the craft of acting. It started to become politicized. So, I was getting a little concerned that in my cocoon of performing arts, I myself was losing touch with what is going on in the world at a functional level. It didn’t sit well with me that I was seeing some parts of our country’s dynamics falling back into that kind of almost authoritarian way. I had never thought I would be in the United States and not be able to openly discuss, for example, political views.”

Choosing The Institute of World Politics

Feeling drawn to make an impact on the problem he was seeing, he researched various educational institutions in international relations. His top priority was to find an educational program that not only accepted multiple points of view but welcomed debate among students and professors. It wasn’t until he read an IWP brochure that he found what he was looking for. “It’s a very mature understanding of what America is,” Sebastian said. He emphasizes the principle that IWP teaches its students: to see the world as it is through history and not what they wish it to be. As a teacher himself, Sebastian understands the importance of learning history at the foundational level:

“I have seen how high school students are learning everything but history. I’ve also seen how increasingly, especially lately, it’s literally turning into indoctrination. So, it is a problem if you don’t understand accurately where you come from. Because then you don’t know how to fix things. And we have a lot to fix, but you’re not going to fix them if you don’t know where you came from.”

IWP teaches the Western philosophical tradition and Judeo-Christian values that can help students in their decision-making and moral thought. These topics are covered specifically in three classes: Ideas and Values in International Politics, Sources of American Political Thought, and Western Moral and Political Thought. These classes teach the Western and American foundations that have guided practitioners throughout the United States’ existence. Sebastian believes regardless of one’s religious beliefs, Judeo-Christian values maintain what is “good” in national security decision-making.

When asked if studying at IWP has changed his thoughts on international affairs, he said, “It has garnered an even deeper appreciation of the weight of American decisions on what happens in the rest of the world.”

In the digital age, people are drowned by significant amounts of stimulus and information, and it is easy to lose track of a foundational understanding of the different areas of statecraft. Sebastian said, “IWP reminds you that there is a basement, a foundation, in international relations. That you can’t start building strategy on the second floor.”

Sebastian sensed the higher responsibility in the classroom right from the start, hearing not only from professors who have worked in the national security apparatus but from students who currently work at the Pentagon and in the intelligence community, for example. “IWP allows you to grow up faster in the field. I immediately felt the weight of what we are learning about and why we are learning it, and I think that is what differentiates IWP.”

Plans for the Future

Sebastian is working on several projects combining national security affairs and visual media. He is currently writing two scripts that will eventually turn into films. He plans to write and direct the films to depict a realistic, yet hopeful, sense of the world, regardless of whether or not they are based on national security topics. Specifically, he wants to appeal to the younger generation, which, he believes, is tired of apocalyptic outlooks and not knowing what is real in the media.

In his new role as Director of Media Development and Production at IWP, Sebastian will advise IWP’s digital presence, both on the content and the technical side. He will help in the development of the online degree program offerings, as well as guide the development and production of podcasts, documentaries, and guest-driven programs to ensure that the breadth of statecraft-related expertise housed within IWP reaches a wide audience of potential, current, and former national security professionals.