A group of seven IWP students has recently returned from IWP’s first study abroad trip to Greece. This trip was organized in cooperation with the Mycenean Foundation, and students embarked on this four-week trip in July 2022. During this time, they had the chance to attend two IWP classes.

On arrival, students explored Athens before arriving at their home base: the Mycenaean Foundation’s Melathron Center outside Nafplio.

While in the capital, students toured some of the great cultural sites including the Athenian Acropolis and the Parthenon, the Acropolis Museum, the Athenian Agora, and the National Archaeological Museum of Athens.

Students also met with senior Greek government officials. They were formally welcomed by the Mayor of Athens, Dr. Kostas Bakoyannis, in the City Hall and by the Deputy Minister of Defense, Mr. Nikos Hardalias. 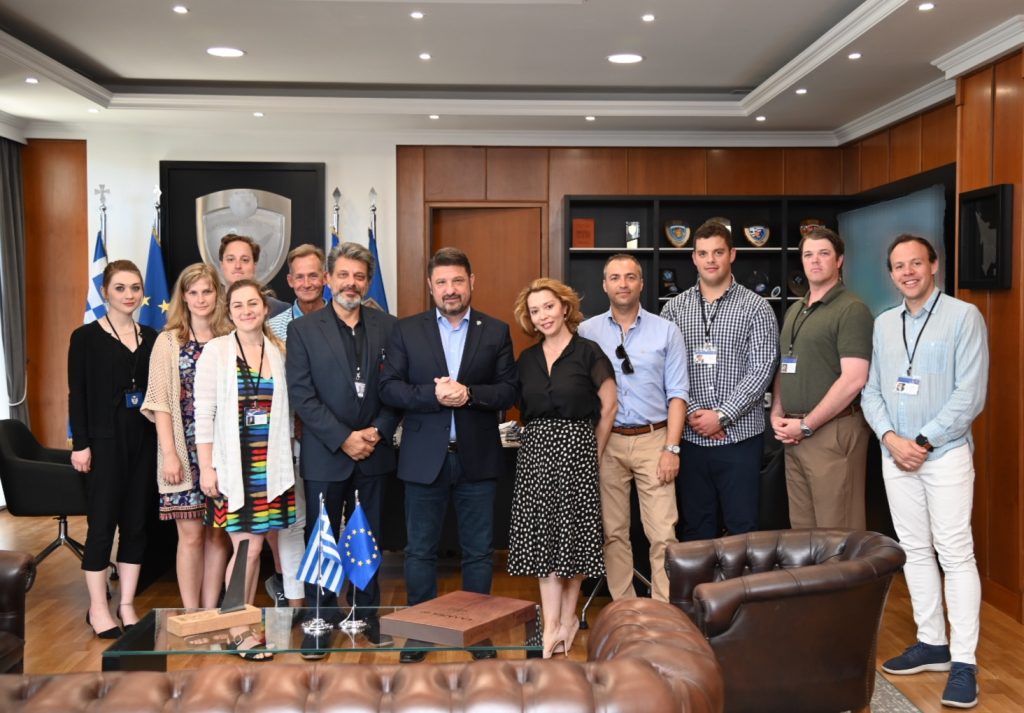 In their spare time, apart from studying, students hiked, swam, attended Aeschylus’ tragedy The Persians at the ancient theatre of Epidaurus, visited museums, and explored the historic Venetian-Ottoman-Greek town of Nafplio, which was the first capital of modern Greece. IWP students also visited the nearby islands of Spetses and Hydra.

They were given guided tours of the Mycenaean citadels of Tiryns and Mycenae and went on field trips to Sparta and Mystras; Pylos and Olympia, including swimming at Voidokilia bay and the Polylimnio waterfalls; Argos; and Corinth, including swimming, water sports, and hiking along the Vouraikos gorge.

During the trip, Dr. Christofilis Maggidis, a new IWP professor who also serves as the President of the Mycenean Foundation, taught a course on “Ancient and Modern Democracy: Ideology, Morphology, Pathology” (IWP 697). This class involves an interdisciplinary investigation of ancient democracy (with particular emphasis on ancient Athenian democracy), its origins, history, evolution, rise and fall, and its diachronic legacy.

Dr. Maggidis also taught “Diplomacy and War in the Ancient World” (IWP 696). This seminar ventured into a historical review of diplomacy, foreign relations, and war in the ancient world, focusing on an interdisciplinary, comparative analysis of select case studies from various chronological periods, ancient cultures, and states in the region of the Mediterranean and the Near East.

The Greece study abroad trip currently is the second study abroad option for IWP students, alongside the course offered at the University of Oxford, which began in 2012.

Below are comments from our students about the experience:

”It’s always exciting to travel to places you’ve never been before, and IWP made that possible with these classes in Greece. Not only was it a mixture of fun and tourism, but we really got to dive into archaeology as well as ancient history, and Prof. Maggidis is amazing.”
-Veronika Prochko

“I’d like to thank IWP, the Mycenaean Foundation, and Dr. Maggidis for the opportunity to study in Greece, learn its history, and travel to several of the ancient sites discussed in our lectures. It was a wonderful experience that I enjoyed immensely, and I would encourage anyone interested in geopolitics to attend future iterations of the program.”
-Wendell Bryant

“It was an incredible opportunity that we got to visit so many of the places that we discussed in the classroom and compare the differences between our own democracy with that of ancient Greece.”
-Alexandra Krulewitch 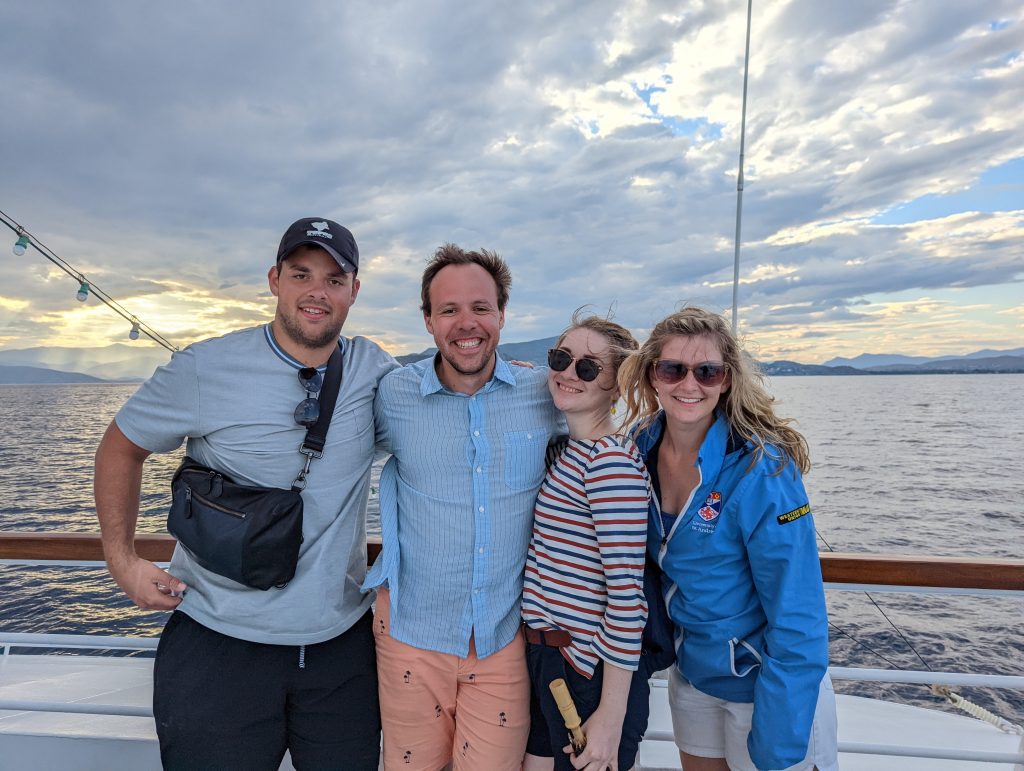