Established in 2017 through a generous $1 million gift by Louis DeJoy and Amb. Aldona Woś, this scholarship will be available to exemplary IWP students up to 2027. The Louis DeJoy and Aldona Z. Woś Family Foundation Scholarship provides up to full tuition per semester for recent college graduates who demonstrate significant academic, professional, or personal achievement, as well as a history of leadership and an overall potential to succeed in IWP’s rigorous course of study.

More details about this year’s recipients are as follows: 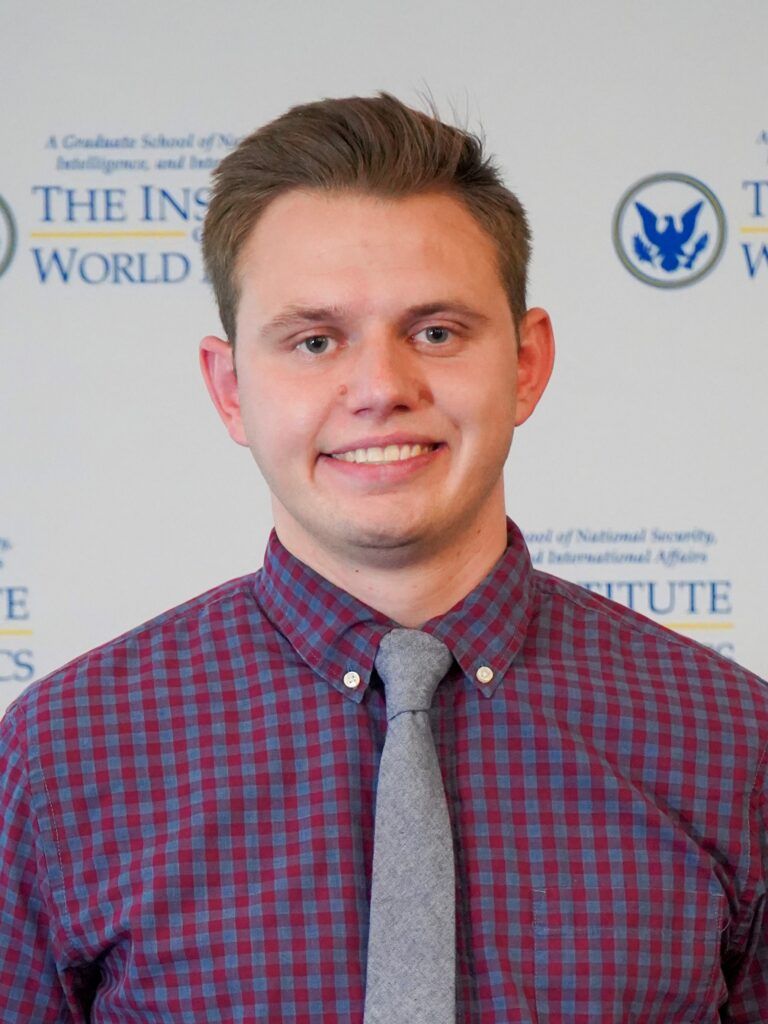 “I want to express my sincerest appreciation to Ambassador Woś and Mr. DeJoy for their investment in my education. Preparing to enter public service is a costly endeavor, and this generous gift is the difference maker in my family’s ability to pursue this goal. We are overwhelmed by the kindness of Ambassador Woś and Mr. DeJoy, and inspired by their drive to invest in our generation.”

Ashton is a master’s student in the Statecraft and International Affairs program at IWP, where he focuses on the Middle East and North Africa region. He has a background in constitutional history where he was published with Oxford University and has also published on various other national security topics. He hopes to use his IWP education to address the growing western investment crisis in Africa and help secure American interests in the region. 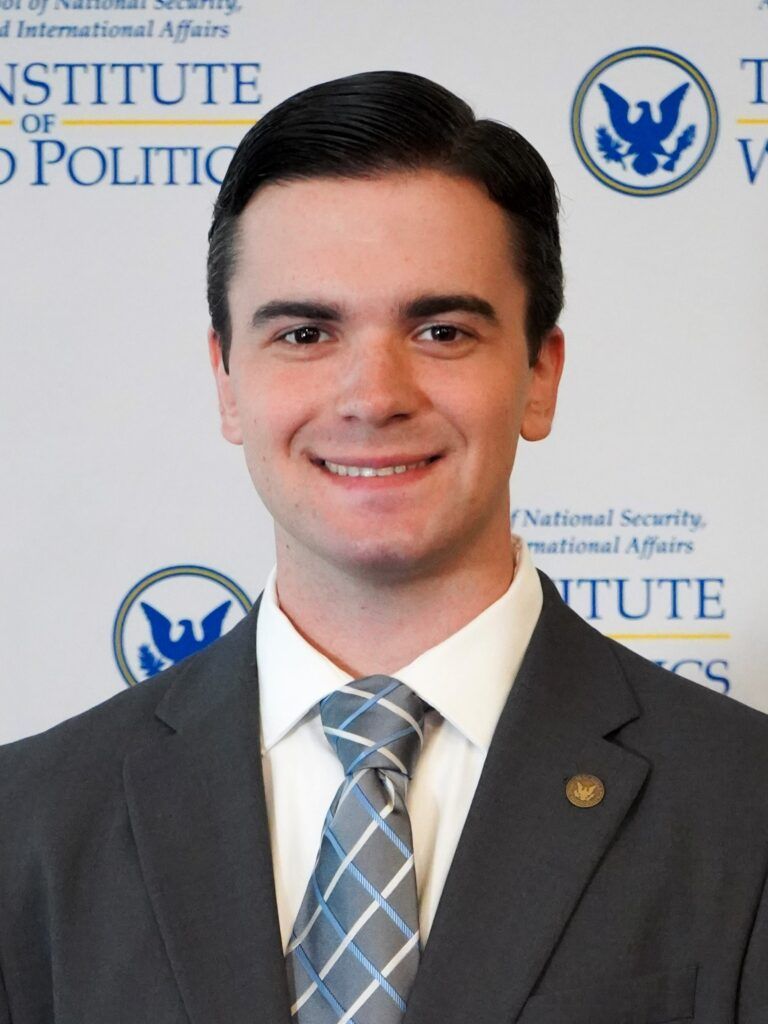 “I am so grateful to the DeJoy-Woś Family Foundation for helping me in pursuing my future career as a Soldier-Statesman. Coming from all the way across the country, I would have not been able to accomplish my goals of pursuing my master’s and ROTC commitments without the enormous generosity provided by the DeJoy-Woś family.”

Robert is from California and recently graduated from the University of California, Davis in 2021, completing two Bachelor of Arts degrees in International Relations specializing in Peace and Security and Economics specializing in Economic Development. During Robert’s time at UC Davis, he participated in clubs such as the UC Davis Model UN Club, International Relations Student Association, and the UC Davis College Republicans Chapter.

Since graduating from UC Davis, Robert has worked with organizations such as the Polish American Congress and the Central Eastern European Coalition to promote advocacy on U.S. Foreign Policy interests in Central/Eastern Europe. Robert worked diligently with the PAC to warn U.S. officials of the severity of the Ukraine border crisis before the invasion launched by Russia earlier this year. He also worked on a political campaign of his local congressman Kevin McCarthy as a political canvasser.

What drew Robert to IWP was the talented faculty with exceptional real-world experience in their respective fields, as well as the mission to grow the next generation of leaders to improve U.S. foreign policy and national security issues. Robert is studying in the IWP Statecraft and National Security Affairs master’s program with the hope of specializing in Public Diplomacy and Strategic Influence. His career goal is to work in the field of diplomacy, either on the civilian or military side. In addition to his studies at IWP, Robert is participating in the Georgetown Army ROTC Program to commission one day as a U.S. Army Officer. After graduating and commissioning, he plans to branch as a Military Intelligence Officer in the U.S. Army Reserves while maintaining a civilian job in the State Department. 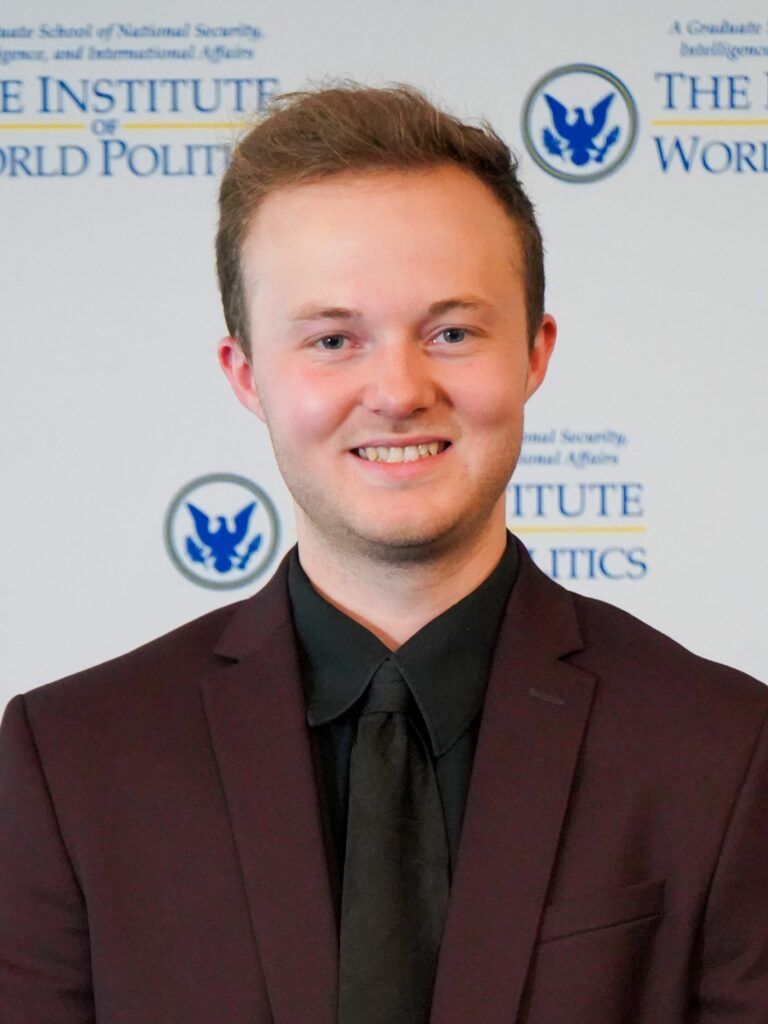 “I would like to thank Ambassador Woś and Mr. DeJoy for helping make my graduate education possible. How they have led their lives inspires me.”

Jacob is from Morgan, Utah, and began studying at IWP this fall. Jacob is interested in pursuing a career in diplomacy and conflict prevention. Jacob participated in the Russian American Cooperation Initiative in Moscow last year and spent six months working and studying in Ukraine. At IWP, he will continue studying American-Russian relations and learn how to improve them.