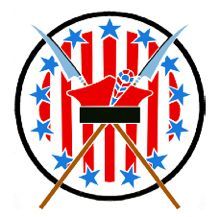 Dr. Marek Jan Chodakiewicz is the current holder of the Kościuszko Chair of Polish Studies, which was formally inaugurated at The Institute of World Politics on November 7, 2008.

Originally established at the University of Virginia in 1998 by the American Institute of Polish Culture (AIPC) and Lady Blanka Rosenstiel, the Chair was transferred back into AIPC’s care after a period of inactivity until a suitable replacement could be found. Happily, following a nationwide competition among fourteen major academic institutions, AIPC decided that IWP was best suited to carry out the Chair’s mission. AIPC and IWP reached an agreement whereby AIPC pledged a $1 million challenge grant to IWP for the purpose of establishing the new chair. IWP matched that grant in 2019.

The Kościuszko Chair serves as a center for Polish Studies in the broadest sense, including learning, teaching, researching, and writing about Poland’s culture, history, heritage, religion, government, economy, and successes in the arts, sciences, and letters, with special emphasis on the achievements of Polish civilization and its relation to other nations, particularly the United States.

The mission of the Chair is premised, in part, on the belief that over the last several centuries, the written record of Polish history has been shaped by political forces inimical to Polish independence and culture: including the imperial powers that partitioned Poland in the 18th century, Nazi Germany, and the Soviet Union.

There are also a significant number of contemporary pundits and academics who, compounding the errors of the past, are further distorting the Polish record today. In light of this situation, the work of the Kościuszko Chair will serve as a valuable corrective of the historical narrative.

The accurate study of Polish history and culture serves several valuable purposes. One, of course, is to teach important lessons for the defense of liberty, both in Poland and the United States. These concern the nature and strategies of imperialist powers, including aggressive totalitarian regimes such as Nazi Germany and the Soviet Union.

The study of Poland’s past, with its five century-old noble democracy, elective monarchy, habeas corpus, property rights, religious liberty, and political freedom also yields vital lessons for the political health of free societies, particularly the United States and her people. Finally, Poland remains an important country today given its strategic position in Europe, its role in the defense of Western Civilization, and its affinities and alliance with NATO and the United States. Thus, the Kościuszko Chair will also take an active interest in Polish current events.